Rumor Warner Bros. May Be Working on a New Superman Game 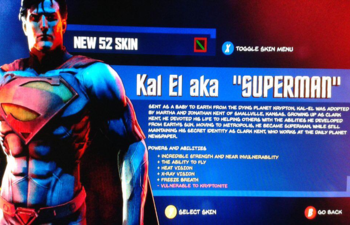 Warner Bros. is well known for publishing the successful Batman: Arkham game series. Due to a new leak, it looks like Warner Bros. Montreal, the same team that developed Origins, may be working on a new open-world superhero game. This new game, however, appears to focus on Superman instead of Batman.

Last week, WB games Montreal made a listing of new job openings. Among these listings, they explained that they are working on “an open world action game”. Since this listing was describing jobs for a completely new IP, it is safe to assume it is not for another Batman game.

Today, a photo and video of the new project was leaked. The screenshot clearly shows that Superman will be a character in the game. It also looks like there will be multiple different skins to choose from. Since the description of the skin lists abilities, each skin likely comes equipped with different powers.