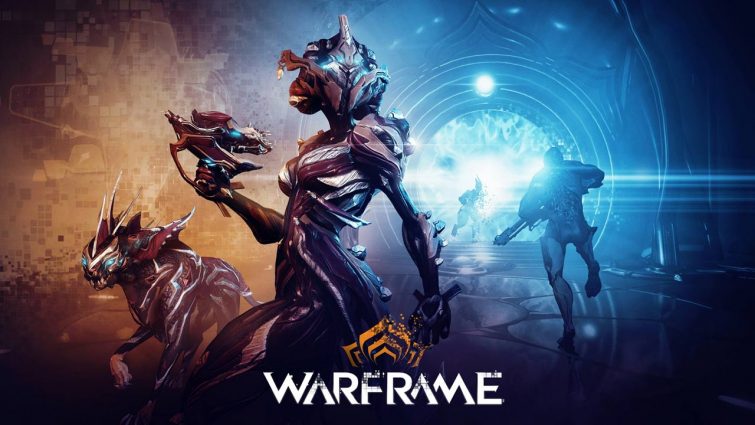 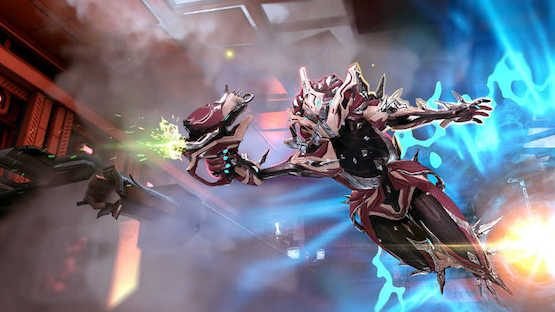 Enter the Sanctuary and stay awhile, Tenno. The next major update, Beasts of the Sanctuary, features our 35th Warframe Khora, a new game mode called Sanctuary Onslaught, and more!

With a bold aesthetic characterized by glossy metallics hinting at her fierceness in combat, Khora sets the stage for her long-awaited arrival with flair. She is an example of how Warframe often develops on an ebb and flow of ideas. The Impact, Puncture, and Slash damage types were originally meant to be her wheelhouse — changing the damage output on command the name of her game.

When it came down to executing the concept, the ingredients didn’t have the kick we were expecting fresh out of the development oven. So the devs went back to the cupboard and whipped something new up, all while keeping in mind that certain parts of the original recipe just worked: cycling ability modes and a Kavat companion summoned by, and unique to, Khora.

What resulted was a Warframe fashioned with a metallic whip that twirls her weapon’s living metal around enemies, ensnaring them in a snake-like grip. A complex and adaptable Warframe, Khora displays her power using a set of Abilities sure to make her enemies shudder. Whipclaw is an offensive whip strike that sends enemies reeling. Ensnare traps your target and entangles those who stray too close. Venari, your Kavat partner in crime, enables you to cycle through Khora’s postures to set her to attack, protect, or heal. She’s a cat of all trades. And finally, (cue announcer voice) welcome to the Strangledome.

Quite literally, it is a dome that strangles enemies within with gripping chains dealing damage over time. If I had to choose my favourite part of Khora, it would be that you can have both Venari and another companion equipped. Essentially, getting closer to my true form of “Beastmaster Danielle.” 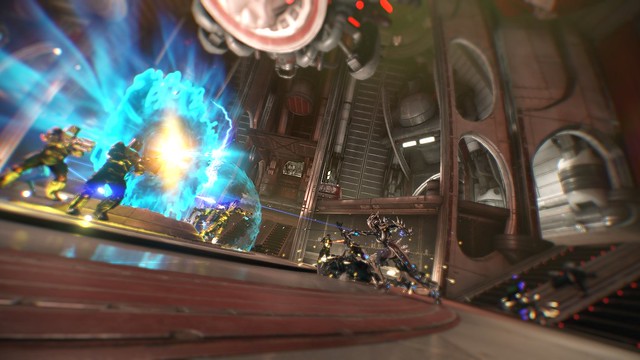 ​
Now it comes as no surprise that with these abilities, Cephalon Simaris, a seeker of knowledge, has taken interest in researching this Warframe unfamiliar to your arsenal. Trapped in Cephalon Simaris’ Sanctuary, Khora remains. But she can be found and rescued! In our new update, Beasts of Sanctuary, obtaining Khora is done by coming face to face with the furious temper and growing pace of a new game mode called “Sanctuary Onslaught.”

Stepping into the Sanctuary will send you into a sequence of portals. Randomly generated levels await you on the other side of each portal, each one unstable and bustling with a flurry of enemies. The goal? Survive long enough to move onto the next stage. Once you enter a portal, a timer will tick down indicating the arrival of the next. Maintaining portal stability is key, and done with a constant fury of enemy kills and sourcing stability pickups scattered around. It’s a rush, and it’s meant to challenge your ability to deliver quick death while remaining mobile and skillfully navigating the levels.

This timed chaos will release with a casual and challenge mode (for you hardcore folks out there) and will applaud your efforts with Khora and other unique (some might even say “Peculiar”) rewards.

Like two Grineer Tubemen in a cloning pod (sorry), Khora and Sanctuary Onslaught are intrinsic to one another and available in the Beasts of the Sanctuary update. We like to keep things interesting, so we’re hoping that a Warframe with whips and a hardcore challenge does the trick! I expect the first Warframe PS4 at 4 live stream after the update goes life will feature me shouting at the screen while I flail aimlessly through the Sanctuary. So, I look forward to having you tune in to join me for the adventure.