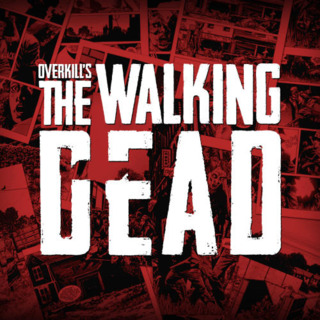 ​
The new Walking Dead game from the makers of the Payday series is not coming out on time. Overkill Software has announced that its licensed game is now coming in the second half of 2018. It's been a long time coming for the game. Announced in 2014, the game was at one point scheduled to come out in 2016, before being delayed to 2017, and now again to 2018.

In a news release announcing the latest delay, Overkill said it needed more time to allow the team to "expand on its original vision for the game and realize the title's full potential," according to IGN. This echoes the reasoning behind the delay to 2017, with Overkill at the time saying it wanted to add "more content" to the game and create an Asian version to launch simultaneously with the western edition.

Little is known about Overkill's Walking Dead game, but the developer previously talked about how it will deliver a "completely new co-op experience" to the Walking Dead universe that will explore new characters and storylines. The game is being made with the blessing of The Walking Dead creator Robert Kirkman, who says he was certain from the first day he saw the project that it was the "co-op action game fans have been waiting for." It is also the result of a new "long-term" partnership between Starbreeze and Kirkman's Skybound Interactive company. This partnership will extend "into the next decade" and marks a new era for Starbreeze, the company said.

"It will be gameplay focused, ferocious, and bring chaos to the traditional industry model--from us developers straight to you," Starbreeze CEO Bo Andersson Klint said about it back in 2014. He added that the game represents Starbreeze's "biggest endeavor to date."

505 Games, which is publishing Overkill's new Walking Dead shooter, has high hopes for it as well. Raphael Galante, the CEO of 505's parent company Digital Bros, previously said that it could duplicate or surpass the success of Payday 2. That game has sold more than 9 million copies, performing so well that it single-handedly pulled Starbreeze out of a 15-year loss in six months.