Volition Expands as They Prepare For Saints Row Five 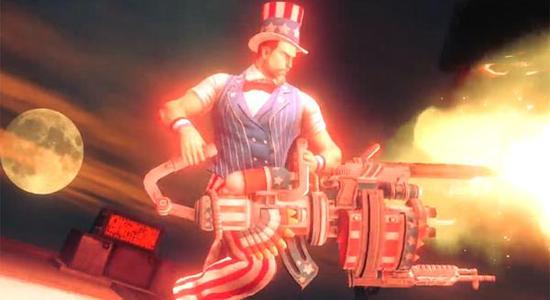 The Saints Row series has changed a lot since the first two games. Whether the change has been good or bad is up to you, but what is clear is that Volition wants to bring the saints in a whole new direction. To get ready for the next installment of the Saints Row series, Volition plans to expand their company by adding more members to their team and remodeling their work environment.

Volition’s parent company, Deep Silver, made a proposal to the local government asking for $200,000 for renovations this past April. In addition to renovations, Volition also revealed that they want to hire 100 new employees, making their total size about 300 people. Volition was determined to expand as they threatened moving locations if their proposal was denied, but fortunately the petition was a success. Now Volition is bigger than ever and hopefully this means the next Saints Row will be better than ever.

No official word has been given about the next Saints Row but it’s safe to assume there is another one coming our way. The new changes alone hints towards a big release coming from Volition, but there was also a tweet from a former voice actor hinting towards Saints Row 5. Last December the voice of Dane Vogel from Saints Row 2, Jay Mohr, tweeted that he was doing voice acting for a new Saints Row. Unfortunately, it is unclear if it was just DLC or a whole new game.

Even if Mohr is just making an appearance in DLC, it’s clear that Volition still desires to add content to the Saints Row series. Alternatively, if Mohr is voice acting for a completely new game it could be possible that we would be returning to the 'gangster' world of Stilwater, considering in Saints Row 2 Mohr’s characters was the tyrant of Stilwater (in the eyes of the Saints). Although, his character was killed off by the end of the game, so it is possible he could be returning as a completely new character.

No matter what Volition’s next move is, it will definitely be a step forward. The larger team and workplace suggest their next title will be a big and exciting one. If Saints Row continues on its current path we can expect to see a lot of violence, profanity, and sex in one hilarious title.