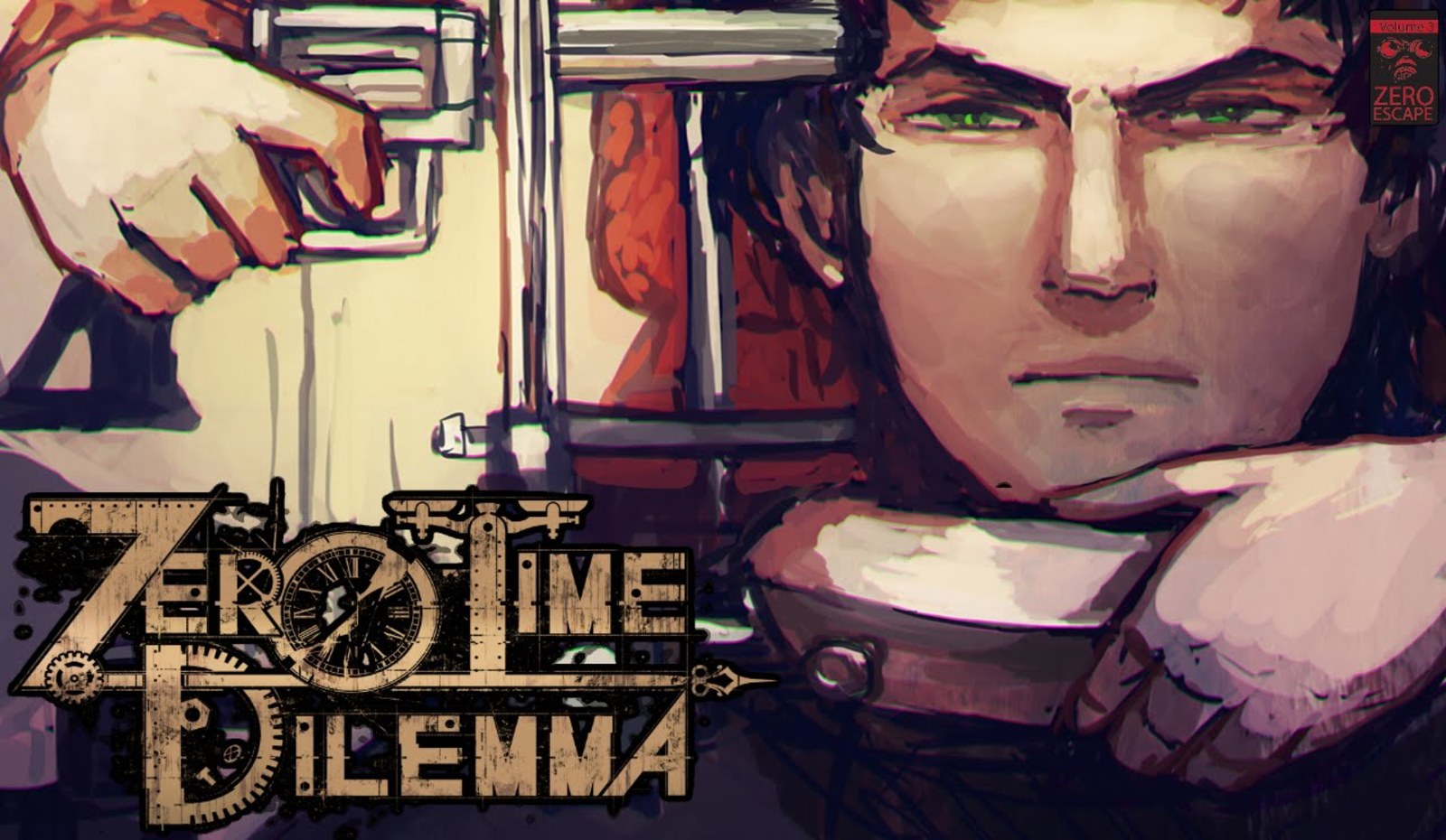 ​
Zero Escape is an adventure-puzzle game series that started back in 2009 with a game called Nine Hours, Nine Persons, Nine Doors, and is a confined mystery game. The first two games in the series display narrative sections in a visual novel format, while the newest installment uses 3D cinematics. The series has had a book and an anime based on it, and has had pretty good success in and outside of Japan. With that said, the team behind the series doesn't plan to stop just yet, and has recently announced release dates for their new game, Zero Time Dilemma.

Zero Time Dilemma takes place between the first game, Nine Hours, Nine Persons, Nine Doors, and the second game; Virtue's Last Reward, and is planned as the final entry in the series. The story follows nine characters who are locked inside a bomb shelter deep underground, and forced to gamble their lives in a game called the Decision Game, which is run by the games main villain, a masked man called Zero, much like the first entry. There are 3 teams: C-Team, Q-Team, and D-Team, each team consisting of 3 characters. The characters need six passwords to escape, and one password is revealed each time someone dies. On top of that, every character is wearing a watch that injects them every 90 minutes, and causes memory loss, also similar to the explosives of the first entry in the series.

UPDATE- Users who ordered a copy of Zero Time Dilemma Limited Edition will not be receiving their ZTD watches due to them being damaged during shipping. The watches, based on the watches worn in the game, were one of the bonuses intended to come with the limited edition. Aksys Games claims that people who ordered it will still receive their watch, albeit a few weeks late. The games are still going to be released on time. To make up for this, they promised another bonus will be released alongside the watches. If you didn't order a limited edition copy of the game and still want a watch, Aksys says they will be made available at retail for a limited time. On top of this, several people have gotten their hands on the game already, and spoilers have been popping up all over the internet. Aksys has been attempting to take down any leaked information and spoilers about the game.

Zero Time Dilemma is scheduled to release on June 28, 2016, for PlayStation Vita and Nintendo 3DS. But that's not all, as this will be the first game in the series to leave handhelds, with a PC release set on June 29, 2016, just one day after the original release of the game. The game is said to be a great entry point for those who aren't familiar with the series, and rumors are about that that is why it is coming to PC. On top of that, you can check out 9 minutes of English gameplay from the Vita version of the game, which shows off some puzzles, a bit of story, and leaves us with a nail-biting cliffhanger. You can check out the gameplay below.

Are you a fan of the series? Plan on checking this game out? Let us know in the comments!