Unravel 2 Is Out Now 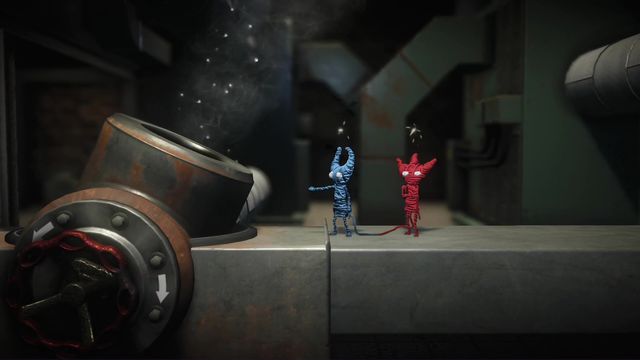 Electronic Arts just announced that Unravel 2 is out today. We’re playing the game for review, but in the meantime, we’ve got some hands-on impressions to share.

First, here are the details of the game, which EA shared during EA Play 2018 today: Unravel 2 is the sequel to Unravel, developed by Swedish indie Coldwood Interactive and released in 2016. Both games share a basic story of a living ball of yarn (a Yarny) which uses its own thread to manipulate the world and solve puzzles.

The big difference in this sequel is that there are two Yarnys, who work together to progress. They can be controlled by one or two players. Once again, the world is pretty, with a heavy reliance on wood, stones and water. But this sequel offers more variety than the first, with the game quickly moving from woodland to rooftop to meadow to factory floor.

Unravel 2’s Yarnys are more acrobatic and faster moving than the original, making for expansive levels and a heavier reliance on platforming skills, as well as puzzle solving. The developers wanted this game to be more a celebration of youth than the first game’s focus on family. They based many of the levels on their own memories of messing around as children.

It’s definitely more of a platformer, with lots of wall jumps, swinging moves and carefully timed executions. There are also enemies to avoid, which come in the form of shadows, which must be avoided. A spark leads the player through early puzzles.

The Yarnys I played with were red and blue, but I can change their colors and personalize them in other ways. This will come as a relief to players with colorblindness or other visual issues — the first game suffered from a surfeit of red-on-green.

Although the Yarnys aren’t specifically characters, with names and personalities, I can personalize them into avatars that somewhat represent me. It’s possible to make them look sweet and innocent, or more cheeky.

Yarnys can look sweet and innocent, or more cheeky

As well as a main storyline — set on an island — players can choose to take on challenge levels, which are significantly more difficult than the main game. The Yarnys help one another across difficult challenges by using knots and bridges or by anchoring themselves. For some puzzles, they merge themselves into a single entity.

When I began playing the game, I feared that the whole ball-of-string mechanic might have played itself out in the first game. But the addition of a second player adds to the complexity of the puzzles, while also enhancing the fun of solving them. There are occasions when the puzzles feel familiar, but then something comes along that takes a lot of thought, or practice, to solve.

In its heavy reliance on mutual experimentation, it reminds me, somewhat, of A Way Out, another co-op indie game published by EA. I’m looking forward to playing this game with a friend. Polygon’s review will be up in the next few days. Unravel 2 is out now for PlayStation 4, Windows PC and Xbox One, for $19.99. EA Access and Origin Access members can play the beginning of Unravel 2, starting today.