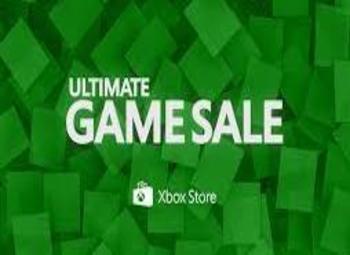 Microsoft recently announced they will begin an enormous sale on July 5th, called the Ultimate Game Sale. This sale will include some crazy prices for games on both Xbox One and Xbox 360; we will also see Windows 10 games get price cuts for the very first time. But that's not all folks, as this sale will also include a huge cut in the price of the Xbox One console, chopping the regular price of $349 down to $279. This sale will see prices cut up to 60%, and some games will be hitting as low as 70% for Gold members. There will be over 250 games for sale in total, ranging from Dark Souls III to DOOM.

Xbox One users have some crazy low prices for new and old games alike. You can grab Assassin's Creed Syndicate for $35.99, sliced from its original price of $59.99; you can also snag Battleborn, Diablo III: Reaper of Souls - Ultimate Evil Edition, and Fallout 4 for the same price. The good prices don't stop there, with Mirror's Edge Catalyst down from $59.99 to $41.99. Other games available for the same price include Call of Duty: Black Ops III, Dying Light: The Following - Enhanced Edition, Far Cry Primal, and Grand Theft Auto V. Other Xbox One games on sale worth checking out are Just Cause 3, Halo 5: Guardians, Mortal Kombat XL, STAR WARS Battlefront Ultimate Edition, Tom Clancy's The Division, Deadpool, and Zombi.

PC gamers on Windows 10 can also benefit from this sale, although not as much as their console counterparts, as only a total of 30 games will be on sale. Games on sale will include Quantum Break, Rise of the Tomb Raider, Gears of War: Ultimate Edition, Halo: Spartan Assault, Grand Theft Auto: San Andreas, Sheltered, and Shadow Complex. Unfortunately, there's no price list on these games yet, but when the sale launches you can check out the prices.

The sale begins July 5th, and ends July 11th. Prices may differ depending on region, and not all games listed will be available in all locations. Additionally, all sales are cut an addition 10% for Gold members.

What do you think about this sale? Do you plan on buying any of these games? Let us know in the comments!