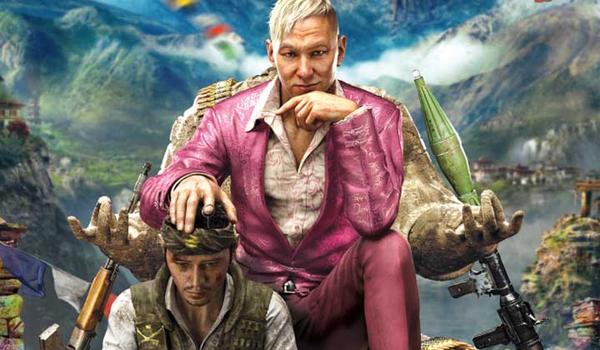 Ubisoft has announced that Far Cry 4, The Crew, and Assasin's Creed: Unity will not be releasing on Valve's Steam Client. At the moment this has only been confirmed for the UK Steam customers but is rumored to be a global decision.

Ubisoft is yet to give a specific reason for it's move to suddenly axe the Steam platform. Early speculation is that Ubisoft wishes to further push gamers onto their own digital distribution platform, Uplay. The Uplay platform has been a requirement for all Ubisoft games since the release of Assassin's Creed II in 2009. As a result of poor management and often temperamental performance Uplay has earned a reputation among the community as unstable and annoying.

Many PC gamers favor the Steam client and would purchase Ubisoft games on Steam to avoid splitting their game library and to minimize their dealings with the Uplay client. This decision has not been received well, and only adds to a number of poor decisions made by Ubisoft in regards to PC over the last few months. The games can however still be bought from Greenman Gaming and Gamersgate, among other digital distributors. Buying from these 3rd party distributors will still yield a code that needs redeeming on Uplay.

The release of blockbuster games such as Far Cry 4 and Assasin's Creed: Unity will expect to see an increase in piracy rates. If certain PC gamers are uncomfortable with Uplay or cannot use Uplay due to technical reasons, the convenience of pirating becomes very attractive.

It will be interesting to see how this all pans out for Ubisoft. I personally will not buy these games on Uplay. Will you be buying these games if they aren't available on steam?