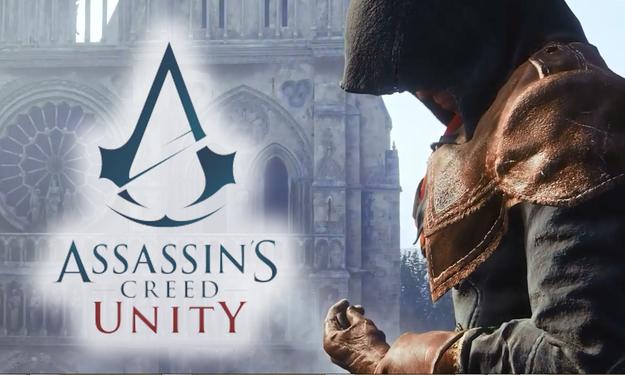 A few weeks ago Ubisoft apologized to the owners of Assassin's Creed Unity and promised free content and massive updates in Patch 3 to attempt to fix some of the worst issues in the game. The patch was released, and did help but by no means did it fix the game. Yesterday they released a somewhat delayed Patch 4 to PlayStation 4 and Xbox One, as more work was still needed to make the game behave as intended. The complete update notes can be inspected here, the most important ones aim to fix frame rate drops, stop the game from crashing, avoid progression loss and also fixes and improvements to navigation and lock picking. The online side of the game is supposed to get better connectivity and matchmaking.

There is just one problem. The patch itself is bugged, forcing Xbox One users to download the whole 4oGB game to get the update. It is supposed to be a 6.7GB update, the massive size necessary because Ubisoft rebuilt parts of Paris in order to improve the frame rate. This means that the update contains a big replacement for a part of the game, and even if 6.7GB is a lot to download, 40GB means over 30GB of content you already have. Regardless of whether Ubisoft or Microsoft is to blame for this is, Ubisoft is not impressing anyone by delivering a broken update to players already frustrated over a broken game

Ubisoft seems to be completely out of luck, or maybe they have lost their touch entirely. On their official site they have this to say:

"Unfortunately, an issue with the patch downloading process is replacing the entire game instead of just the parts affected by the patch. This is obviously not the expected behavior, and we apologize that many of you will have to wait longer than expected to complete this download. This issue isn’t causing any other problems and once the download is completed players will have the most-up-to-date and fully patched version of Assassin’s Creed Unity."

There is no timeframe for when this oversized download problem will be fixed as of now, but Ubisoft assures that they are working with Microsoft to solve it as soon as possible. Knowing Microsoft, that may take a while. Owners of the disk version can fix the issue themselves, by uninstalling the game and reinstalling it. The correct update will download when they start up.

Just another massive bump in the road for Ubisoft and Assassin's Creed Unity, will this game ever be available to players the way the developers intended it to be? Hopefully they learn a valuable lesson and think twice before launching a game that is not even close to be finished.

UPDATE: Ubisoft is now ready to distribute their promised free game to owners of Unity, eligible gamers have until March 15, 2015 to claim theirs by following the instructions on their official site. The selection of games will vary from region to region, depending on "your country's laws and regulations", more details can be found in the announcement in the link above.