Ubisoft Continues To Dig Their Own Grave With Watch_Dogs 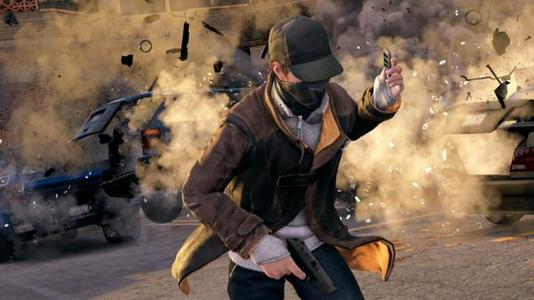 EA has been voted worst company in America in past years and is especially hated by a majority of PC gamers. Luckily for EA, Ubisoft is slowly making EA seem like the better company. This shift is not because of new tricks EA pulled, but rather because Ubisoft has been doing some scandalous things on PC, especially with Watch_Dogs.

Ubisoft’s track record with Watch_Dogs on PC has never really been that great. Before the game even released, there were cracked versions all over the internet. Once people got their hands on the game there were many reports of horrible optimizations. Sure, there may have been some versions of the crack that included mining malware (which also didn’t help Ubisoft), but there still was a horrible amount of performance issues. Shortly after discovering the optimization issues, there was news going around that AMD users were getting the short end of the stick when it comes to performance. It was later found out that Ubisoft used NVIDIA’s gameworks which was believed to be the reason why AMD users were experiencing more problems, and this also got PC gamers fairly mad. Finally, the graphics on PC were less than stellar, especially compared to what we saw at E3 2012. Fortunately to fix the graphics, a mod was released that greatly improved the appearance of the game. While the mod may seem like a good thing, it actually revealed some things about Ubisoft that was disturbing to most gamers, and Ubisoft’s response to the whole situation did nothing but make matters worse.

Earlier this month, a user by the name of 'The Worse' released a mod on Guru3D that enabled headlight shadows, reflection changes, lens flares, lighting improvements, and various settings that made the game look as good as it did during E3 2012. Rather than adding new things to the game, the mod actually just enabled settings that previously existed but were never enabled. This immediately riled up PC gamers and made them question Ubisoft’s attitude towards PC gamers. So what exactly was Ubisoft’s reaction to all of this? Instead of just waiting for the issue to pass by or making a reasonable excuse, they ended up blatantly lying to the community.

Ubisoft made a statement earlier this week and defended themselves by saying, “the notion that we would actively downgrade quality is contrary to everything we’ve set out to achieve.” They also went on to say the settings were “deactivated for a variety of reasons, including possible impacts on visual fidelity, stability, performance and overall gameplay quality.” They also claimed the mod caused “performance issues, …difficulty in reading the environment in order to appreciate the gameplay, ... [and] the game [to be] less enjoyable or even unstable.” While these seem like reasonable excuses and highly possible bugs of a mod like this, it is actually not the case for ‘The Worse’ mod.

Even though Ubisoft claims that the hidden settings hinders the game’s performance, this is actually not true. Many gamers, including myself, have noticed no drop in performance due to the mods. The only thing I have experienced is the occasional light flickering, which is something that could possibly be fixed in a future mod release. Even with these small problems, there are reports of players who have experienced an increase in performance. The mod allegedly removes a bad stuttering issue while driving along with some other bugs previously in the game. All of this evidence leads to two possible conclusions. One being that Ubisoft intentionally was crippling the game on PC, or that Ubisoft was unable to get the game properly working even after the long delay. Either way, it’s not good for Ubisoft, and just as we think it could not have gotten any worse, Ubisoft found a way to make it worse.

In May, Ubisoft promised a patch for the game that improved many different issues, but we never saw the update until three weeks later. As if the time delay wasn’t enough, the update failed to address a lot of the major issues with the game and didn't improve the graphics. Ubisoft's response to this whole ordeal has been anything but positive, and their statements have really been a slap to the face of all PC gamers considering they've been telling blatant lies. At this point, Watch_Dogs seems to be beyond saving from Ubisoft, but how will Ubisoft fare with their future games?

This actually isn't the first time Ubisoft has had poor PC optimization in their games considering it was also an issue with Assassins Creed IV. Ubisoft has also been scolded for their horribly implemented DRM, uPlay. The Watch_Dogs situation really takes it to another level though, as it makes it seem as if Ubisoft is undermining PC gaming. Despite some sensationalized headlines, nothing much has been said on Ubisoft’s next big game, Far Cry 4, other than the fact that PC is allegedly the lead platform. This isn’t very reassuring though, considering they said the same for Watch_Dogs which obviously didn’t turn out well. All we can really do is hope that Ubisoft can fix this PR and Watch_Dogs catastrophe and hope they avoid similar issues with Far Cry 4. Otherwise, it won’t be long until Ubisoft becomes the most hated company.