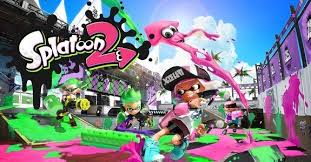 It's a busy week for Nintendo Switch owners. On top of this week's new releases (headlined by South Park: The Fractured But Whole), Nintendo will roll out major updates for two of its first-party titles over the next few days.

First, Nintendcolourfulrful online shooter Splatoon 2 will receive its big 3.0 update tonight, April 24. The update was first announced during March's Nintendo Direct presentation, and along with more than 100 new and returning pieces of gear, it introduces X Rank to the game, which Nintendo describes as "an extremely challenging Ranked Battle experience targeting the best-of-the-best players."

Players who've reached the S+10 rank in Splatoon 2 will automatically be registered as X rank following the update. After achieving X rank, players will be battling each month for an X Power level. This Power level will reset on the final day of the month, and those who fall below a certain point threshold at the time of the reset will drop back down to S+9. The 500 players with the highest X Power level for each of Splatoon 2's four Ranked modes will be announced on the SplatNet 2 app.

Alongside the 3.0 update, Nintendo is bringing back another classic stage from the original Splatoon: Camp Triggerfish. Additionally, four more weapons arrive in the game tonight: the Neo Splash-o-matic (with Burst Bombs and the Suction-Bomb Launcher); the Foil Squeezer (with Splat Bombs and the Bubble Blower); the New Squiffer (with Autobombs and the Baller); and the Glooga Dualies Deco (with the Splash Wall and Baller).

Going forward, Nintendo says it will add several new weapons to the game in a single monthly batch as opposed to its previous weekly rollout schedule. As always, players will be able to purchase the weapons with in-game currency from the Ammo Knights shop. You can find the full patch notes for Splatoon 2's 3.0 update on Nintendo's website.

Following the Splatoon 2 update, Nintendo will release the 1.4.0 update for Monolith Soft's open-world Switch RPG, Xenoblade Chronicles 2. The update is slated to roll out around the world on April 27 and introduces two new Rare Blades to the game: Poppibuster and T-elos, both of which you can see below.

Poppibuster is only available to those who've purchased Xenoblade Chronicles 2's expansion pass and can be obtained by completing a specific sidequest. "While Poppi can only be wielded by Tora, Poppibuster can team up with other characters too," Nintendo said on Twitter.

T-elos, meanwhile, is available to all players for free as part of the 1.4.0 update, provided you've completed the game. Like another of Xenoblade Chronicles 2's Rare Blades, KOS-MOS, she hails from Monolith Soft's previous RPG series, Xenosaga. T-elos can be acquired by resonating Core Crystals, just as most other Blades in the game, although Monolith says the odds of obtaining her will be very high.