Trials Fusion is the time consuming follow up to the best-selling and critically acclaimed Trials Evolution and Trials HD, all developed by Finnish RedLynx, and published by Ubisoft. Trials Evolution got top marks all over the board and was a big hit from the start.

Trials Fusion is just as good. It's beautiful, but not very different in most ways. However, it is set to the future, you have spaceships flying around and your surroundings are plastered with futuristic structures and buildings. The bikes are strangely familiar to the current time, as it looks like they did nothing to bring them into the same setting. The graphics are really reflecting the time the game is set to, and has been given a slight overhaul, improved textures, and better effects. The technical aspect is also better, not nearly as much screen tear or texture pop-ins as we are used to see. It really looks good for a game of this genre, not that you have much time to look at your surroundings though.

Board design is even better now than before, more alive and varied, all of them with their own little peculiarities. RedLynx did their job here, you can go high speed and crazy jumps on easy/medium or get your frustration going on hard/extreme, whilst perfecting the most advanced techniques the game has to offer. It is all bigger, better and more impressive. You have been given more speed, more air and the hardest tracks are now even harder. 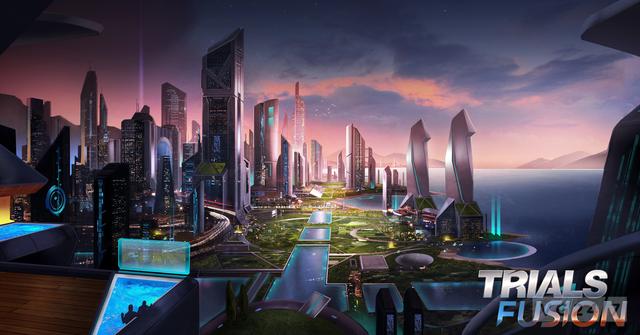 Added to the mix this time, is FMX tricks. Looks cool, but not easy to master. It takes a good while to get this right, and the tutorial does not do a very good job on getting you started. When you get to the FMX levels where you have to chain your tricks to gather points, the controls are not good enough, and your frustration will reach unknown heights. The controls just don't feel precise or intuitive enough, and it might seem like it's not your own fault when you fail. Maybe RedLynx will do better with this next time...

But still, it's impossible not to enjoy Trials Fusion. Of course, the silly attempt of a storyline, the boring, repetitive music and the fact that you make a lot more money than you need is something they definitely would benefit from improving, or simply just get rid of. How many useless bike parts do you need? And all those shirts and helmets? But that doesn't matter. It is a great experience, well polished and more entertaining than ever. 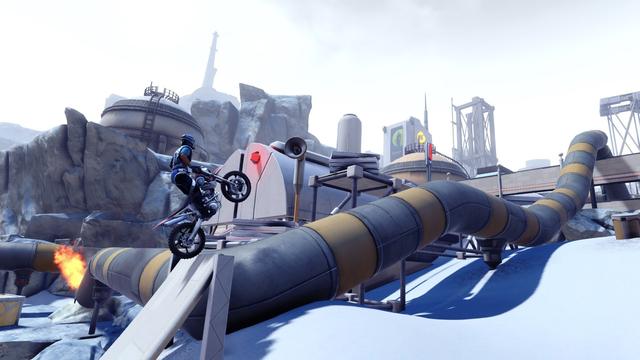 I love to challenge my patience on extreme tracks. I love the rush it gives me to finally making it through where it seemed impossible, that instant boost of confidence that wipes all the frustration away, if only for a short moment. I love beating my friends on best times, and I love sending them text messages to tell them I just kicked their butt. I love playing around on user made tracks online, and I love challenging friends in 4 player Supercross. And I simply love killing time in the huge, constantly growing Track Creator.

If you have never played Trials, this game is a 10/10. If you are a veteran, you will most likely nod your head approvingly to a strong 9/10. 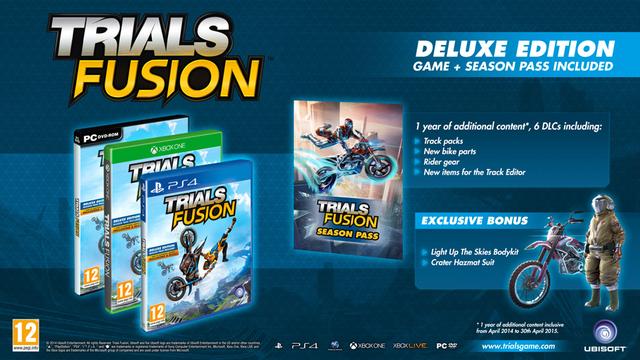 Since its launch on April 16th this year, Trials Fusion has sold over a million copies worldwide. It is available both as a digital download version and a retail version bundled with a Season Pass. The developer, Redlynx, has also added new content to the game along the way since release. The title update released on April 16t added improvements to Tournaments, Track Central and the Track Editor and allowed builders to create custom Supercross tracks for Local Multiplayer Mode. 15 new custom creations are added to Track Central across all platforms through the Uplay Recommended feed. In a recent interview, Creative Director Antti Ilvessuo revealed that they have plans to take Trials to places it has never seen before: "– into the clouds, under the sea and even deep underground. So stay tuned for more mad stuff!"

Furthermore, if you have been looking for more Trials Fusion pain and punishment, then you will be happy now that the first of six add-ons is available for download. Named "Riders of the Rustlands", this DLC gives you new achievements, ten new tracks, new Track Challenges and a bunch of new objects for the Track Editor. Watch the Launch Trailer here. Later this summer the next DLC called "Empire of the Sky" will be released, no date for this one yet, and this will be followed by another four packs. All of these are a part of the Season Pass that will last until May 2015.

Are you an addict or did frustration get the better of you? Will you be heading to the Rustyards with us?