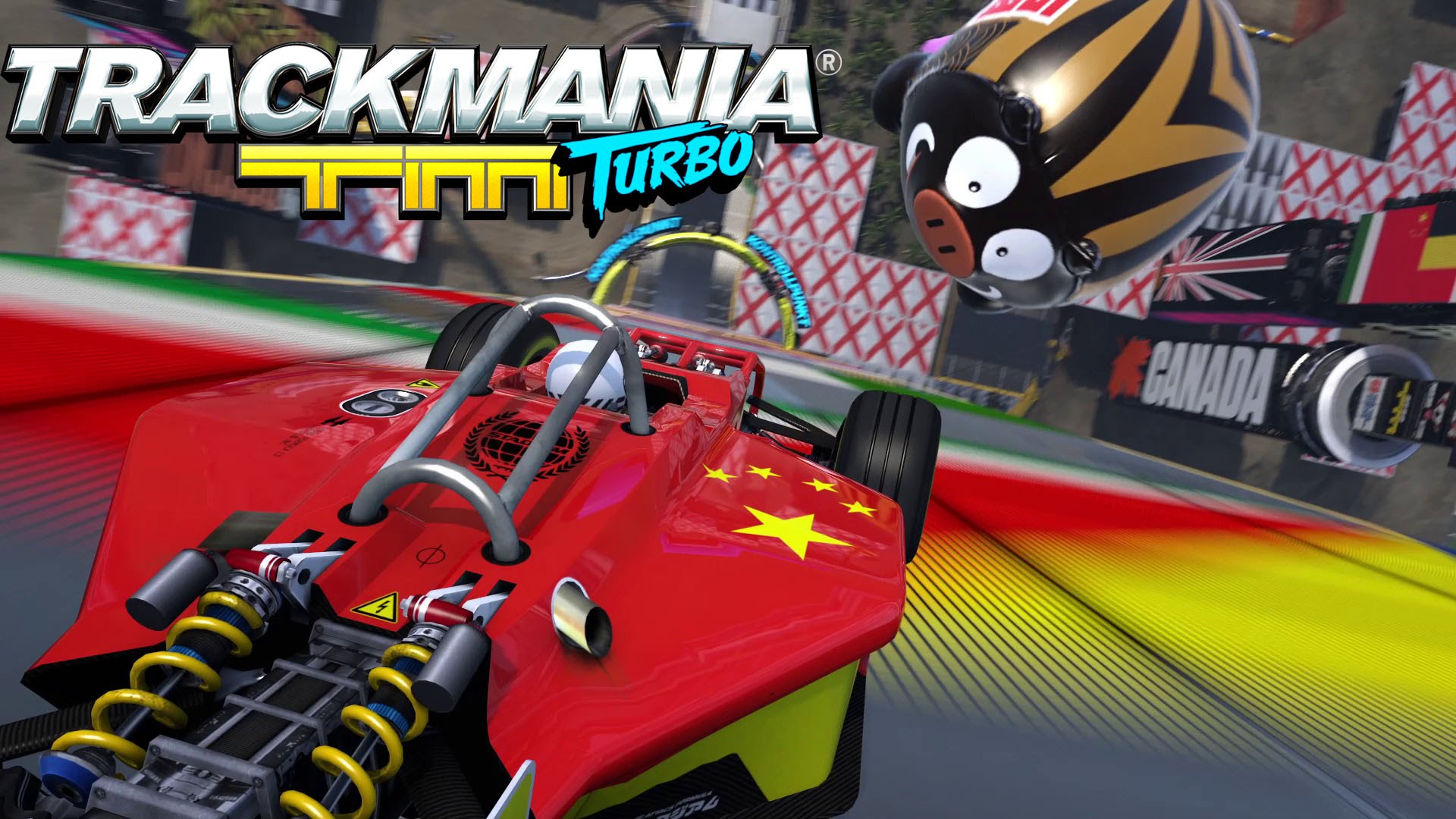 LAN parties are memories that all gamers remember the most. For me, it wasn't Call of Duty or Halo that I remember, but instead it was a competitive racing game known as TrackMania. I was first introduced to the game when I was in the second grade, around 2007. TrackMania defies the laws of gravity and allows players to create tracks that are only limited by their imagination. Once you grinded for medals in the single-player campaign, you could take your skills to the world in online competitive racing with tracks created by the community. It was and is still the best experience I have had from a racing game.

When I received the e-mail for the closed beta to TrackMania Turbo, I was excited beyond words. I fired up my Xbox One and entered the code. One night later, I was met with the start screen, which was a retro-styled coin entry screen. The menu included single-player, multiplayer, track builder, and a customization area for cars, emblems, and other goodies.

The campaign has the basic core features of the older games. There are five tiers of each environment, each getting harder as you move up the ranks. White Series, start here. Green Series, easy to pick up. Blue Series, try hard. Red Series, try harder. Black Series, much harder to master. In each tier you have the classic stadium environment, off-road valley, canyon drift, and the lagoon rollercoaster. Each environment has their own specific blocks to spice up the tracks and make them unpredictable, but still keeping the same basic blocks with different textures and decorations. The canyon drift is the one I remember the most. While having some inspiration from TrackMania Sunrise, it allows you to drift for insane distances at high speeds. With smooth corners and long straights, this will be a favorite for the drifters. The valley is also inspired by Sunrise and is hard to handle with the narrow dirt roads and quick corners making it difficult for even the experienced drivers. The stadium includes a new set of blocks that act like a trench allowing for even more creativity to experienced track builders. The lagoon rollercoaster is, basically, a road-coaster. The car seems to be magnetically attached to the track and it allows for a very challenging ride with upside-down and sideways roads while still staying on the track.

The track builder is what I am most excited about in this new installment. Although the controls were very tricky, once you get used to them, they are not that bad. There are many new blocks along with the old ones from TrackMania Nations Forever. The television signs all have an extensive amount of decorations and graphics for your tracks. You can also generate random tracks to use as a template, or start from scratch. Each environment allows you to change the time of day from sunrise, day, sundown, and night. Once you finish creating a track, you can upload it publicly, or privately to friends. You can also create an online lobby with your tracks for the world to play on. Just select the tracks, game mode, and it creates a dedicated server for your tracks.

The customization is very extensive compared to the other games. Although you cannot download custom 3D models, there are many other ways you can still customize your racing experience. You can unlock emblems, medal types, racing numbers, and paint jobs from earning medals in the single-player campaign. These unlocks add customization all of your vehicles on all environments so you don't have to worry about doing multiple changes. So far, the beta shows no sign of doing custom paint jobs like the old game, but I hope they integrate it, especially with all the new graphics Ubisoft has provided in game. It is very colorful and has a lot of flashing lights to make the experience feel real. The lighting system is very well made and the shadows are very convincing. The music included is primarily electronic music. The music changes to correspond with the way you drive, like how fast you are driving. With fast-paced music and beautiful visuals it allows for a surreal experience.

From a beta standpoint, the multiplayer was very stable with no visual bugs or performance issues. It was very fun and even though there were around 140,000 beta testers who had a copy, only 50 players were online playing in multiplayer. There were hundreds of servers, but only the top two had over 10 members. Hopefully once more people buy the game, the multiplayer will expand. There will be options for split-screen play where you can race on your own tracks or tracks made by Nadeo. Considering many games receive negative feedback for not including local multiplayer, this is a plus. It will also include a very challenging Double Driver mode. Where two controllers are used to drive one car. It takes the average movements of both drivers to create a very challenging mode. Not much information has been released about this yet, however.

The beta has a lot of promise and looks to be one of the best racing games of the year. It is developed by Nadeo and published by Ubisoft and set to release March 24, 2016. It will run retail about $39.96 with pre-orders already underway. It is going to be on the PC, PlayStation 4, and Xbox One platforms. So, are you ready to go Turbo?
About author