TOXIKK - Taking Arena FPS Back to its Roots

TOXIKK is a multiplayer FPS created by REAKKTOR Studios in Germany, and will be available on Steam Early Access before the end of the year.

This arena FPS is coming at us with a different approach: As if the past 15 years of FPS development never happened. This game is meant to appeal to fans of old school arena shooters like Unreal Tournament 4 and Quake 2, so if you are, get ready to be excited! You are launched into a war between two syndicates, fighting for control of what is left of the earth after a global energy crisis in the late 21st century. As a mercenary hired to fight for the few resources left, and also the newly discovered EDEN element, you represent either Exocom or Drayos, which one is up to you.

The game is offering an astounding setup: No leveling, no skill trees, no perks, no classes, no weapon accessories and no aiming down iron sights. And no cover systems. This is, according to the developers, how arena shooters are best made to give you the most satisfaction, and above all, the most enjoyment. To compliment the before mentioned traits, TOXIKK gives you 9 weapons to be carried around at all times, all of them with secondary fire modes. The weapon selection includes a wide variety of destruction tools;

The Raven, a single-shot pistol with infinite ammo that is designed to be your all round defense weapon, secondary fire on this pistol being burst fire that requires cooldown after a while. Your second weapon is the Impactor, a melee weapon that deals shock damage. The secondary fire mode on this one is a welding beam, useful for close range damage, but also to repair vehicles. Like the Raven, you will have this gun when you enter the game. The 7 other guns, that are to be found throughout the maps, includes a double barreled pump action shotgun, an assault rifle with a grenade launcher attachment, a powerful bolt action sniper rifle, a plasma rifle, a Napalm spitting gun, a rocket launcher with guided missiles and finally the Hellraiser, the most powerful mobile weapon in the game, causing chain reactions with its “experimental EDEN energy nucleus splitting” ammunition. This, and the “no reloads” function, should cover all your needs… 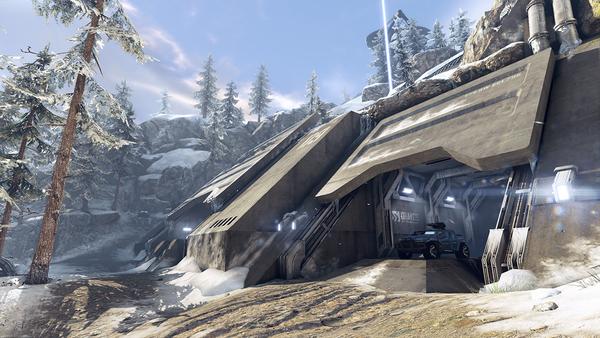 They are going back to the roots of the genre by optimizing the game for PC only, with no intentions on porting it to consoles any time soon. It is strictly designed to be played with mouse and keyboard. Movement will be incredibly fast and precise, the deeply configurable mouse controls will ensure that you can get the most out of it. Double jumps and dodge jumps are essential, and combined with jump pads you will experience lots of vertical gameplay. You will have no health regeneration, but you can find health packs in game along with other booster pick-ups. And there are vehicles. Vehicles even have their own game mode. There are two different sets of maps, the classic version of small, fast-paced maps for 8 player games, no vehicles present in these, and then you have the massive maps, for strategic gameplay allowing 16 players to go head to head.

The game is NOT Free to Play. Simply because the developers believe that in a true arena shooter, all players should have equal stats. Paying to acquire a better weapon than your opponent, defeats the idea entirely. So in TOXIKK, all players have the exact same stats. Always. If you want to practice, an offline customizable BOTmode is available. However, you do gain xp online. This is only utilized to show how skilled you are as a player, not to show the progress of your character. It will be used in matchmaking and it will unlock new skins for you. That’s it.

The developer is giving all registered players a free SDK to make their own content, including maps and character customizations. All these creations can be shared in TOXIKK's own forums to let players vote for what they would like to be released through a hub on their web page. The game is made solely without a publisher present, REAKKTOR is using all funds, mainly gathered by selling pre orders and support packages on their web page, to make the game. These support packages comes in a wide price range, from $5 to $90, and include different amounts of goodies, including, but not limited to; Beta access, in game badges and skins, and a DVD copy of the game upon launch. If you get the most expensive “Godlike Package”, you will even get your name in the credits in the finished game. They rely on the gaming community heavily both for development and marketing, to spread the word though social networks like Facebook and Twitter, and to give their input in the development of the game on the TOXIKK forum. They have no marketing budget at all, which is unusual, but it seems to be working pretty well for them. After they unveiled the game a few days ago, it took 24 hours to go from 24 to 15,100 matches on the term TOXIKK on Google. This will most likely keep growing, and fast.

Their first gameplay trailer was just released, if you really want to see what the fuss is all about, I suggest you take a look:

What are your thoughts on their approach? Is this a game for you?