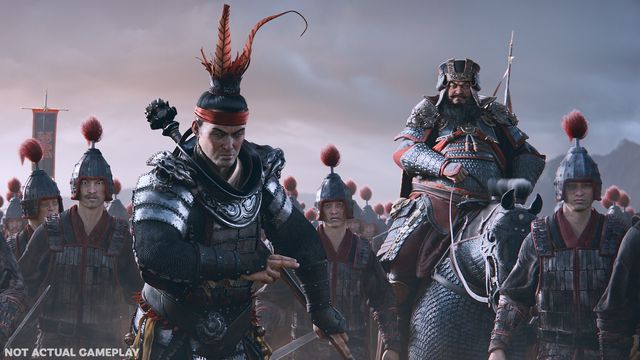 The team at Creative Assembly has lifted the veil on its next project. Called Total War: Three Kingdoms, the epic strategy series will simulate the battlefields of ancient China for the first time. More surprising still, the PC title is scheduled to release this September.

The Total War series blends pausable real-time combat with grand strategy. Over the years, Creative Assembly has set the series in ancient Rome, Europe in the Middle Ages, feudal Japan and even Games Workshop’s Warhammer fantasy universe. With the rise of Steam in China, the time seems right for the series to cater to that demographic.

This is the second entry in the Total War franchise scheduled for release in 2018. Total War: Thrones of Britannia is part of an ongoing initiative to create spin-offs of the franchise centered around key historical events. However, that game still doesn’t have a release date.

Three Kingdoms will be set in the year 190 CE, in the midst of turmoil for the Han Dynasty. With a child emperor on the throne, the empire is in chaos.

“He is but a figurehead; a mere puppet for the tyrant warlord Dong Zhuo,” reads the trailer’s description on YouTube. “It is a brutal and oppressive regime, and as Dong Zhuo’s power grows, the empire slips further into the cauldron of anarchy.”

The action will center on three different heroes who will defend, or potentially betray, the child emperor. The game is billed as a “historical strategy game,” so expect a healthy dose of lore to accompany any footage of the game over the next year.