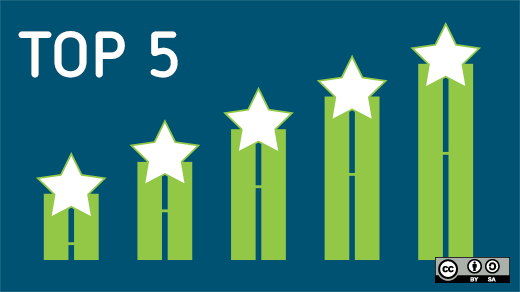 Image Credit: theblazingcenter.com​
This year has been a surprising year for video games. While many games flew under my radar and I really need to seek them out and give them their fair shake, I did get the opportunity to play a few dozen or so multiplayer games.

Some of those multiplayer games got thrown into the proverbial garbage bin soon after trying them out, due to technical flaws, poor game design, and utterly unacceptable wait times to get into a game. Thankfully, others were shining examples of what makes the game industry great. Below are my top five multiplayer games this year. Please note that I do have a bias towards first-person shooters since it’s my most played genre of game, but that doesn’t mean I don’t appreciate and enjoy many other types of multiplayer games. 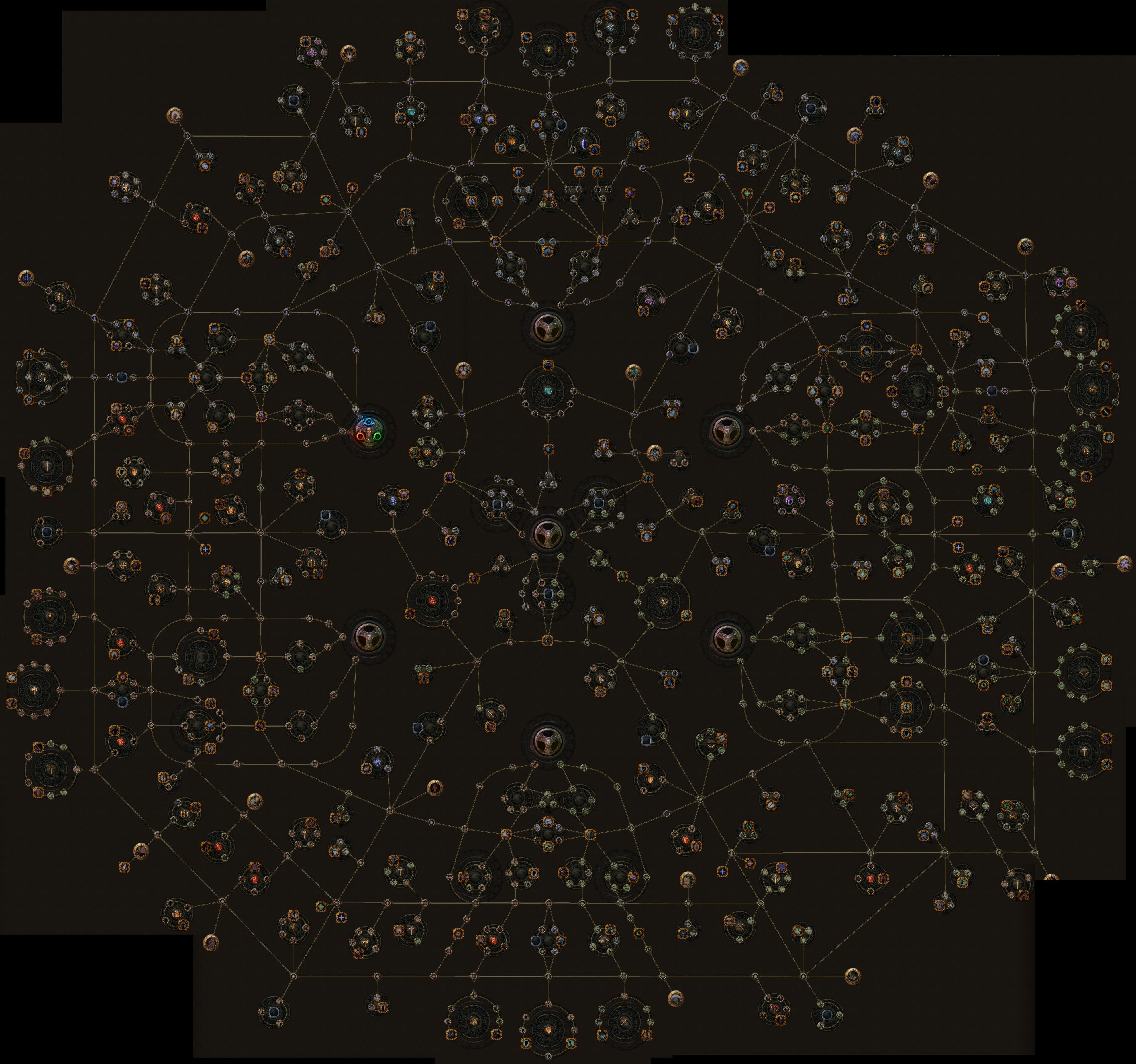 Image Credit: Free user on imgur.com
​
Path of Exile is a free-to-play game that unfortunately has flown under the radar for far too long. While it didn’t technically release this year, it did have several major updates this year that significantly improved gameplay, character choice, and the overall longevity of the title. Path of Exile is most often compared to the Diablo franchise, and that’s because it’s pretty much a carbon-copy of its style of gameplay, but it offers a whole lot more customization of characters, including a seriously dauntingly large skill tree that players can spend months trying to flesh out optimally.

However, what really makes Path of Exile great is how easy it is to play with friends. First off, it’s free, and the in-game purchases are really unnecessary to the point where I’ve put in dozens of hours into the game without even feeling compelled to spend money. This is great for players looking to get a top-notch gaming experience on a budget, so it’s hard not to recommend this game to absolutely anybody…even if they aren’t fans of the genre. 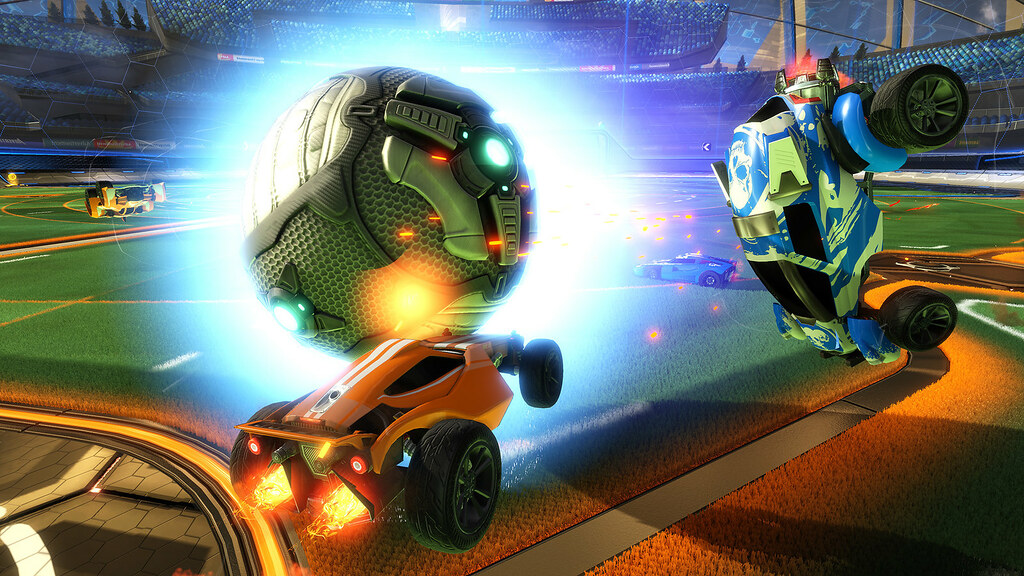 Image Credit: Farm8 on flickr.com
​
I’m sure it isn’t a surprise that one of the most popular, most played multiplayer games this year would turn up on my list. However, I like Rocket League for different reasons than most. First off, I am a soccer/football fan, but I never really got into the FIFA games since they take so much dedication and time to understand properly, and the player base in my limited experience isn’t the most welcoming. This just isn’t true in Rocket League. You can jump into a game, boost toward the ball, and have a blast for a few hours completely alone. I just put on some music on Spotify, plug in my Xbox One controller to my PC, and enjoy skidding up and down the pitch at lightning speed.

I’m nowhere near the best player, but I like that it doesn’t matter. I can play in casual games all I want, and even if I make a dumb mistake and some jerk triggers the “what a save!” noise, I can just laugh it off and get ready for the next one. It’s hard to condense down into words what makes Rocket League so fun; I think it’s one of those games you just have to experience. It’s not for everyone, just like most twists of sports games (anyone remember NFL BLITZ?), but for me, it was a very enjoyable experience that I really need to revisit with more friends.

Image Credit: metrouk2.com​
Another top dog in earnings this year, Black Ops III is a refreshing change for the aging franchise. In terms of sheer gaming amusement per dollar, it’s hard to argue with Black Ops III as being the best option to come out this year. Not only do you get access to a largely revamped for the better traditional multiplayer experience, you also get access to a fully fleshed out zombies mode with more intricacies than ever before. In fact, I’d go out on a limb and say that they could have released the zombies part of the game as a standalone DLC for $30 and many people would have happily paid for it. To top it all off, there is even a Mirror’s Edge style parkour mode, which, while not for everyone, does offer yet another way to play online and compete with friends to get the best times.

However, just talking about its value for money isn’t doing Black Ops III enough justice. Developer Treyarch took some big risks this year with their multiplayer, and overall I feel they’ve succeeded. The maps are largely enjoyable, going back to the traditional three lane design that veterans of the series like myself are glad to see return. The guns are also quite well-balanced, and even the occasionally over-tuned gun (after any given patch) is hardly oppressive like they were back in the days of Black Ops I or Modern Warfare 2. Overall, it’s the game I’ve spent the most amount of time on this year, just due to my sheer number of friends and family who are fans of the series, and also because this time around I don’t find it getting stale nearly as easily as some of the other games in the franchise.

Image Credit: Vermintide.com
​
That’s one hell of a confusing title, and for people like me who are unfamiliar with the Warhammer lore and stable of video games, it probably doesn’t mean much. Here’s what you really need to know about this game distilled into one word: Rat-men. To be more specific, the whole game is about fighting a huge number of rat men who are out to kill you and your companions. The game plays a lot like the Left 4 Dead franchise, where each person has a few special skills that help their teammates, but the main draw for me is the game’s difficulty. I never really felt challenged while playing Left 4 Dead, and as a result I was too quick to judge Vermintide. After just one level I was already getting destroyed by legions of rat men.

Not only is the game’s difficulty one way it kept me hooked, it also has a fantastically detailed loot drop system for completing levels. You can gain more dice by picking up tomes (in game items that replace your health potion slot), as well as several other hidden items throughout each level, which then give you the opportunity to roll more dice and heighten the change you get some solid loot that helps your character progress.

If I had to highlight one thing that made me put this game in the #2 slot though, it’d have to be the comradery of working with friends to solve a difficult challenge like the ones presented in each level of Vermintide. That’s not to say that the satisfaction comes from the difficulty alone and the need to work with your teammates, rather, the straight up, no holds barred amount of fun that comes with hacking and slashing your way through seemingly endless piles of rat men with your buddies.

Image Credit: Ubistatistic-9a.com​
Without a doubt, the game that surprised me the most, and provided me the most amount of heart wrenchingly stressful fun this year was Rainbow Six: Siege. To put it frankly, I don’t expect much from Ubisoft these days. They’ve let me down too many times recently, but they were able to wave a hot dog in front of this dog’s face with the perfect franchise this time: Rainbow Six. I’ve been a Rainbow fan since its PC exclusive days, which is to say, a really long time. I remember playing Rainbox Six 3 at my cousin’s house since they had three computers and could host a LAN. It was a blast, and while Siege doesn’t really bring back that nostalgia, it offers up so much more: A game that is both challenging and rewarding.

Too often I play single player games that are hard just for the sake of being hard. Enemies with a ton of health, and with better aim than the dude who shot Achilles. In Siege, however, things are a bit different since it’s a multiplayer only game. It pits 5 “operators”, five on offense, five on defense, against one another. Each side and each operator has their own set of weapons and a special ability to which only they have access. Think of it almost like a blending of a MOBA with a first-person shooter. The amount of tactics involved is in my opinion unparalleled on console. It has been rightfully compared to Counter Strike: Global Offensive in terms of difficulty, learning curve, and the necessity for team coordination and tactics.

The reason it get my personal top spot though, isn’t for any of those reasons. It’s because I’ve had so much fun learning how not to suck at the game alongside my friends. Getting to know the callouts, learning what walls can be broken down, and placing a perfect trap for the enemy to walk into is just so rewarding! I think my top gaming moment of the year, including single player games, has been clutching a round when I am down 1v3 or worse in Siege. There is really nothing like it.


Well, that’s my list! Everything here was subjective, and I know the community will probably have differing opinions. If there are games you feel I’ve omitted that should’ve been included, or have a suggestion for me to play, please feel free to comment down below. I always read every reply.