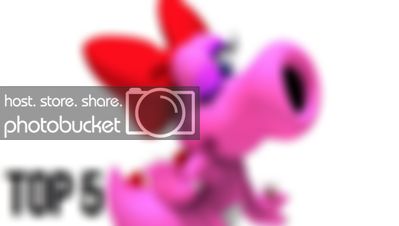 Throughout the countless gaming eras that the love able plumber Mario has endured with plenty avail, Mario has encountered countless bosses, both mini and gigantic. Some of these bosses were annoying, love able, difficult, recurring, but, above all some, some of these bosses were memorable. This list highlights some of my personal Mario bosses throughout Mario's history and will include a minor breakdown of all five bosses. Please note than any incarnation of Bowser (this includes his children) was obviously excluded from this list. What are you favored bosses in the Mario series? Post them in a reply! 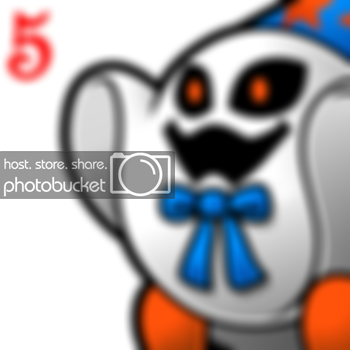 At number five, Doopliss, from Paper Mario: The Thousand Year Door, is an irrevocable inclusion onto this countdown simply because he is the only enemy in the entire Mario franchise to have successfully stolen Mario's identity; completely. Doopliss cunningly fooled all of Mario's companions to fighting against the real Mario, and even Mario himself at first was tricked. Doopliss also got away with tricking an entire village that believed Doopliss was the true Mario. Mario, a mere shadow of his true self, frantically tried persuading the village to no avail. However, seeing opportunity with Doopliss frequently taunting Mario by asking him what Doopliss' name truly was, Mario returned to Doopliss' castle and recovered a single letter: the letter P. Revealing Doopliss' true form by guessing his name correctly drained Doopliss' energy and allowed Mario to easily strike the finishing blow as it would seem to the loveable little ghost who would later become a Mario cult classic enemy.

The initial boss battle against Doopliss was quite interesting as it tricked many players that the chapter was quickly coming to close unlike many other chapters in Paper Mario when really it was an apex in the chapter. You are greeted by a ghost casually watching TV who also enjoys turning villagers in a nearby village into pigs as a past time. Initiating combat with Doopliss is inevitable, however this is where the battle goes unlike any other. Without any hint Doopliss manages to take form of the real Mario while simultaneously transforming the real Mario into a shadow. The entire boss battle is in fact a pseudo-boss battle. The second encounter with Doopliss proves more than easy and, as always, Mario ends up saving the day. 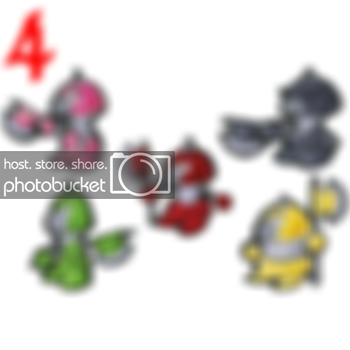 Chipping in at number four, the Axem Rangers, a parody of the Power Rangers, are a notorious band of henchmen working under Smithy in Super Mario RPG. Unlike many other enemies in the Mario franchise, the Axem Rangers are more concerned about looking cool and let their arrogance precede their capabilities. Even so, the Axem Rangers are a well formulated team with each Ranger have his or her own special ability set and personalities. Axem Ranger Pink effectively heals the the party while Axem Ranger Black rapidly attacks aggressively with considerable power. When the team's security is compromised, they place their confidence into their mighty machine called the Blade by getting into their Axem Ranger formation call forth the Blade to annihilate their enemies with the deadly Breaker Beam. The gang is a memorable bunch due to their eccentric nature and almost operate as if they are one large dysfunctional family. Aside from causing chaos and representing evil, the Axem Rangers take pride in inflicting fear into others and keeping their demeanor looking fresh while laying down massive firepower as a team. Other groups of enemies can not quite compare to the strength of the Axem Rangers. 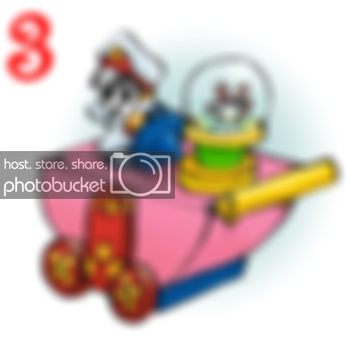 Tasked with aiding Bowser conquer the Mushroom Kingdom in Paper Mario, General Guy was in quite a predicament with his army even with the power granted by a Star Spirit. Disorganized and low on supplies, General Guy ordered his soldiers to raid a nearby Toad Town for food. Although it is not blatantly stated that General Guy was once a good guy, nothing hints that General Guy was a evil Shy Guy, but rather that he was following orders by Bowser in fear and once kept order in his domain. Regardless, after following the steps of Shy Guy thieves, Mario entered the Shy Guy Toy Box to deal with the thieves and rescue a Star Spirit. General Guy is definitely a Shy Guy to be reckoned with, especially with the ability to muster and rally an entire battalion of Shy Guys. Unlike most Shy Guys who have no leadership or formidable combat attributes, General Guy is not afraid to go into battle undermanned. Speaking like a General would, General Guy fulfills his orders until he either comes out victorious or in the flames of failure.

Taking command on board his mobile command vehicle, General Guy is dangerous by himself. His tank, albeit it being a toy, does noticeable damage to Mario and his party. Conventional attacks prove ineffective with the tanks high defense. Destroying the bulb on top of General Guy's tank, this memorable enemy proves easy to defeat. After defeating waves of various Shy Guy soldiers, Mario faces General Guy in a battle to the death and comes out victorious. With another Star Spirit saved, and a toy box liberated, Mario bravely continued on his journey. 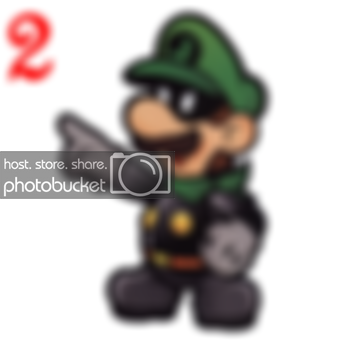 Mr. L from Super Paper Mario is an enemy, that after being fought twice, is an unforgettable character. Mr. L was originally Luigi, Mario's brother. After being brainwashed by Count Bleck to do his bidding, Luigi assumed the role of Mr. L and was sent to rid the universe of Mario, Bowser, and Princess Peach. Mindlessly attacking Mario with the assistance of a handy 'Brobot,' and Shroom Shakes, Mr. L isn't the most formidable assailant, but nevertheless proves to be a funny opponent. Constantly under the shadow of success of his shorter brother, it would seem a battle between the two would be inevitable in the Paper Mario series. Even with the help of Count Bleck, Shroom Shakes, the Brobot, and his own mechanical know how, Mr. L proves unsuccessful to take down Mario. Cocky and easily confused, Mr. L can not hope to collect enough power from within himself to stop Mario in his tracks and perhaps not even powerful enough to stop the unbrainwashed Luigi. 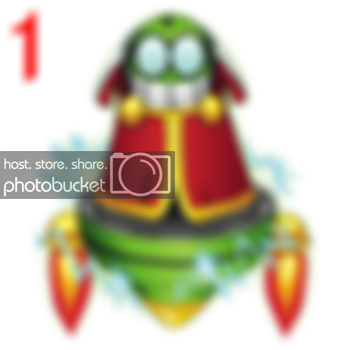 Fawful from Mario and Luigi: Superstar Saga resembles Dr. Eggman from the Sonic series in a sense with his extreme mechanical knowledge, intelligence, and his poor ability to speak. Always repeating himself, Fawful is a faithful subordinate to Cackletta and constantly reminds himself of it. Mixing his mechanical prowess with Cackletta's lessons in black magic, Fawful has a wide array of abilities ranging from shooting energy projectiles to containing the spirits of the dead. Aside from these features, what truly makes Fawful awful is his constant scrambling of words. Couple that in with his redundancy in speech and you have yourself a truly unique boss battle. The unique abilities of Fawful the Bean also make the battle memorable as few other bosses specialize in both machines and the dark magics.
Click to expand...