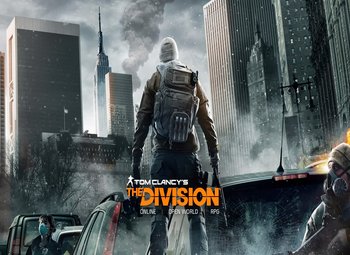 The Division is a 3rd person shooter, a genre Tom Clancy and his crew know all too well. The game offers both single and multiplayer, allowing you to be a lone wolf or party up with friends. It's being developed and published by Ubisoft and is set to release on March 8th, 2016. It will be available on PS4, Xbox One, and Windows PC at a hefty price tag of $79.99. It takes place in a mid-crisis New York, with next gen graphics providing an uncanny realism, allowing you to immerse yourself in a realistic feeling, open world environment. The basic idea of the game is to connect with other Division members and try and find the source of the virus that created the crisis that leveled New York.

As we creep closer to the end of the year and the release of Tom Clancy's The Division, there's bound to be some slip ups in security. Although the public beta was pushed into the beginning of 2016, a few lucky people who pre-ordered were asked to test out the closed alpha. Lucky for us, one of the alpha testers has recently released around 40 minutes of gameplay, allowing us all to watch and enjoy the development of the game. From character selection to taking out tangos, these videos take you through all that is available and lets us get a glimpse into what it should be like.

The general opinion the alpha testers had was that the game was very pleasant and extremely positive, for good reason too. Unlike most other open world games where buildings aren't able to be entered, The Divisions' main selling point is the ability to actually enter all the buildings you come across.

The gameplay below takes you through multiple missions as well as some open world gameplay. The basic HUD that is displayed is a nice and simple design allowing for a fast and easy way to find what you're looking for. Menus in stores are also very clean and simple to providing the best experience. The graphics seem quite smooth and high quality which pair well with the smooth movements and leaning actions to provide a very nice gaming experience. Content wise, the missions shown include a plethora of objectives so there's never a dull moment.

After watching some of the video, I'd like to hear what you guys have to say. Are you excited to play this game? How fun do you think it will be? Make sure to comment below and let others know.