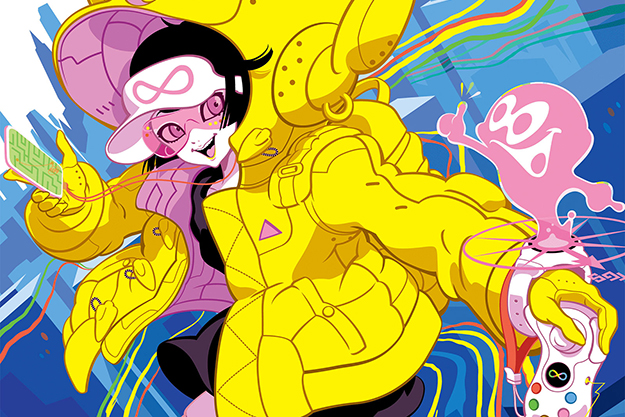 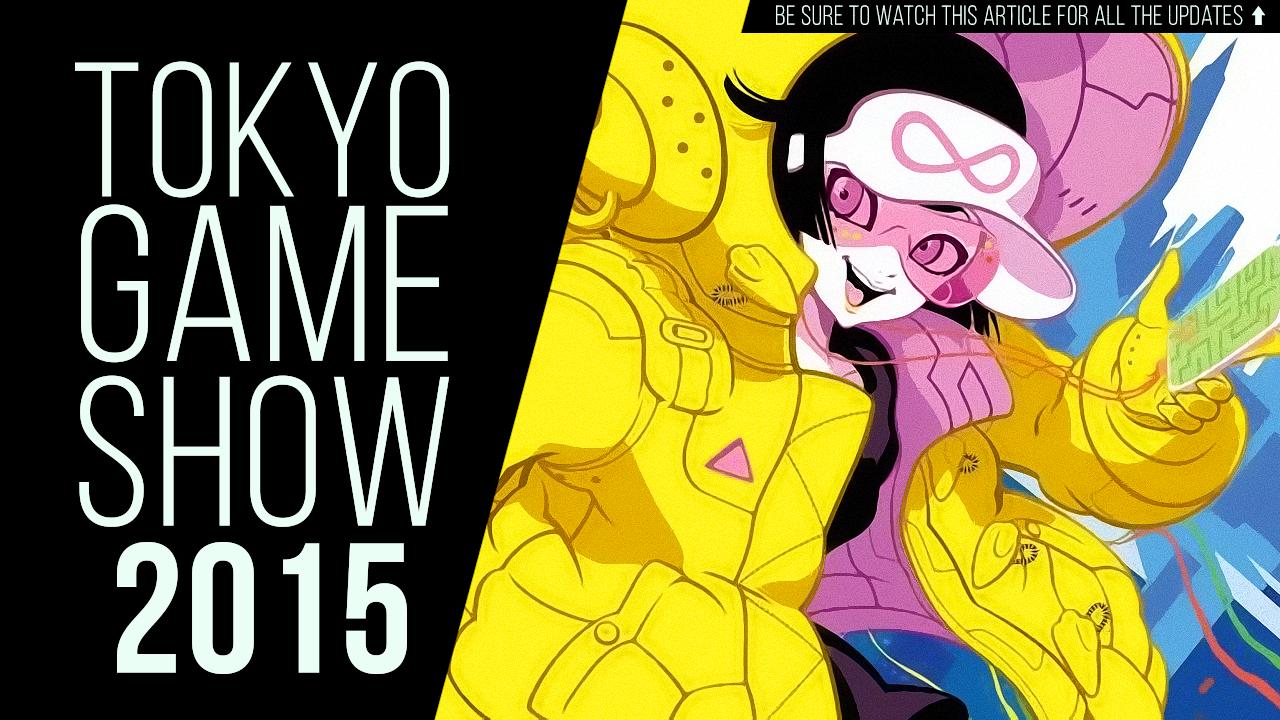 Thanks for the art, Knowledge!​
UPDATE 9/20: As of now, TGS 2015 is just about over. I'll include any updates in the spoiler below so that you're able to see any changes that interest you! We've got more stuff coming, such as Dark Souls and other various information for the games below.

9/20: Attack on Titan received a second gameplay trailer detailing its online multiplayer mode! Check it out below to see a link to the trailer.
Tokyo is currently holding their annual Tokyo Game Show, a momentous event for Japanese game developers and publishers to show off their latest creations as well as what’s in store for their fans. In this year’s TGS, we saw many announcements for gaming franchises like Kingdom Hearts, Gravity Rush, Resident Evil and Dark Souls. This collaborative round-up will feature articles from many members of Se7enSins such as God, Crooks, SharpGhost, Cosmic Owl and myself so stay tuned and enjoy our TGS 2015 Round-Up!

Kicking off this round-up, Sony made a new announcement about their upcoming virtual reality headset, Project Morpheus. The new headset has received a name change from Project Morpheus to Playstation Virtual Reality. For those that don’t know, Playstation VR is a virtual reality headset slated to release sometime during the first half of 2016. The headset sports some impressive features such as the capability of outputting at 120 frames per second, 3D audio technology, and a 5.7 inch 1920 X RGB X 1080 resolution OLED display that will expand the field of view for gamers, virtually eliminating all motion blur. With latency as low as 18ms, Playstation VR is set to ensure gamers have the smoothest, most immersive virtual reality gaming experience possible. Announced at the PlayStation VR’s booth were the VR demos for Final Fantasy 14, Summer Lesson, Kitchen, Dynasty Warriors 7, Rigs, Joysound, and Hatsune Miku, all of which should be available at release.

Sony also showcased some brand new hardware customization options for the PlayStation 4 and PlayStation Vita. In addition to that, you can get a good look at Sony’s new Playstation VR headset and more! 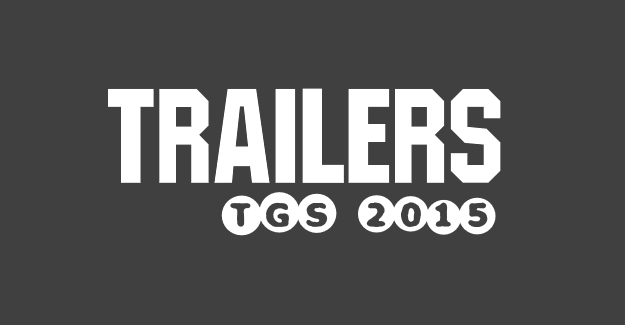 Thanks for the art, Moki!
​
Also announced at TGS 2015 were several new games for the PlayStation 4 and PlayStation Vita. Keep in mind that some of these games were not given worldwide release dates, and some were barely given Japanese release dates. These will be updated as more information comes out, so make sure to "Watch" this article!

Kingdom Hearts 2.8 Final Chapter Prologue was announced for the PlayStation 4, which will include a collection of HD story cutscenes from Kingdom Hearts χ to fill fans in on what they missed from the Japan-only RPG. There will be a remastered edition of Kingdom Hearts 3D: Dream Drop Distance as well as a continuation of Kingdom Hearts Birth by Sleep which will follow Master Aqua after she becomes trapped in the Realm of Darkness. You can find out more about this upcoming release and view the trailer here.

​
Dynasty Warriors developer Omega Force debuted a new trailer for their upcoming game based on the Attack on Titan manga. The game has adapted visuals from the anime series into a 3D art style and they have also stated that the voice actors from the TV series will be lending their talent for the release of this game. Although their new gameplay trailer is voiced in Japanese, it still provides an enlightening glimpse into what this game will turn out to be like.

UPDATE 9/20: A second gameplay trailer has been released which shows off online multiplayer for Attack on Titan. You can view this trailer here.

Fans of Final Fantasy will be slightly disappointed at this year’s showcase, for Square Enix neglected to release much information. They did, however, release a remade trailer titled “Dawn 2.0” to better show the past of our two main characters Noctis and Luna. The only in-game details that Square Enix chose to publicize is that players will be able to fish, fight and ride Chocobos which is all fans need for a classic Final Fantasy experience!

Dragon Quest is getting its own spin-off game titled Dragon Quest Builders. Thought to be a mash-up of Minecraft and Dragon Quest, the game certainly looks promising with talented developers Bird Studio and Square Enix behind the creation of it. The game will take place in Alefgard, the setting of the very first entry into the series Dragon Warrior. It will be what developers call a “block-making RPG” where the player must restore the kingdom destroyed by the Dragonlord. Dragon Quest Builders is set to release on January 28, 2016 in Japan with no information given yet on a worldwide release. The trailer is available to watch here.

​
The Last Guardian is a long-awaited title from the minds of Team Ico who brought us Ico in 2001 and Shadow of the Colossus in 2005. The Last Guardian was originally planned to be released in 2011 but due to complications from hardware and platform issues, the game was moved to the PlayStation 4 and it was further delayed when members of Team Ico left Sony and became genDESIGN. Their teaser of The Last Guardian at TGS this year was unconventional, to say the least. They showcased a projection where attendees were encouraged to interact with a life-sized Trico, though it’s not entirely clear if the A.I. was truly interacting with the attendees.

Next up for PlayStation 4 gaming news is Bloodborne. Sony’s exclusive RPG will be receiving an expansion titled Bloodborne: The Old Hunters which will arrive on November 24th. The new content will include outfits, magic, and brand new weapons such as a curved sword, a bow and arrow, and a spiked wheel among other new weapons. The expansion will also come with brand new boss battles, as well remixed ones which contain bosses with new elemental attributes.

The Old Hunters will be set in a nightmarish world where the hunters who once guarded Byrgenwerth's darkest secrets are trapped forever. Players will encounter new stages filled with danger, rewards, and deadly beasts to take on. See everything that this massive expansion includes by watching the trailer here.

Publisher Square Enix revealed the fifth entry into the role-playing series Star Ocean with a new trailer that showcases fierce RPG action and colorful visuals. Star Ocean 5: Integrity and Faithlessness is being developed by tri-Ace and will be coming out in February of 2016, with a later worldwide release to be announced. You can see the trailer for Star Ocean 5 by clicking here.

A new game titled 13 Sentinels: Aegis Rim was also showcased at TGS. The collaboration between developers Atlus and Vanillaware will be making its way to Playstation 4 and the PlayStation Vita on January 14, 2016 with a later release date in the west. The game was designed with a 2D/3D hybrid art style and it’s based around the mecha genre and the protagonists are all high-school aged kids. More details have yet to be released on the project, but the trailer can be seen here.

Ubisoft’s upcoming hack-and-slash game For Honor had an action-packed trailer revealed at their game booth. The trailer showcases the samurai character named “The Oni” partaking in bloody sword-based combat with multiple opponents. The Oni was confirmed to not only utilize his powerful sword, but his poisoned kunai blade, and he has ability to unleash a deadly flurry of arrows as well. With his quick and lethal attacks, players will be sure to have their bloodlust satisfied very quickly. Check out the trailer here.

Summer Lesson is a virtual reality tutoring game that first debuted just over a year ago. It received a new trailer at TGS showing off its capabilities with the Playstation VR headset. The concept of the game is simple: players will be playing the game in first person and they will take on the role of “sensei,” or master, with the objective of tutoring two teenage girls, one in Japanese and the other in English. The trailer shows the player shaking their head at a series of yes or no questions, but no details about any different types of interaction have been revealed yet. Take a look at the trailer here!

Ni-Oh, an action adventure game with some RPG elements in it was showcased again with a new trailer. The game, which was actually announced back in 2004 and slated for release in 2006 for the PlayStation 3, is based off of an unfinished movie script that was in development by Akira Kurosawa. The game itself has unfortunately received more than a decade’s worth of setbacks but will finally be released as a Playstation 4 exclusive in 2016. The premise of the game isn’t entirely known, but the core concept will be about a samurai on taking on a quest while battling demons and monsters. No major details have been given at this time but it is relieving to finally see some sort of timeline for its release. Click here to check out the trailer.

World of Final Fantasy, an upcoming role-playing game in the Final Fantasy series also received a revised trailer after it was initially shown off during E3 earlier this year. This revised trailer now adds English subtitles to the already existing trailer making it easier to understand what is happening in the trailer. The game itself will follow twins Reynn and Lann as they take a journey through a world known as Grimoire. They will also visit other familiar locations throughout the series and meet a few familiar faces too, all along the way. The game is supposed to be very friendly to newcomers, with its unique RPG game style mechanics and jazzy visuals but will also provide long-time fans with a nice trip down memory lane. The game is set to be released sometime in 2016 for the Playstation 4 and Playstation Vita. Click here to see the trailer for World of Final Fantasy.

Credits:
God, Crooks, Cosmic Owl, Knowledge, Swifty and SharpGhost for being on Team TGS! This Round-Up would not have been possible without these members, please thank them when you can!
Inkd, Sparfire and Sega for your support and words of encouragement to keep on writing.
Swifty and Jason 7s for your invaluable help in making the photo albums, you guys really saved me from getting burnt out.
About author