Titanfall - Still Going, But For How Long? Update Six Announced 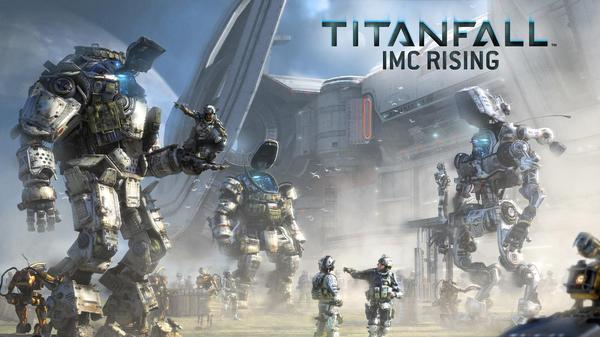 Xbox and PC title Titanfall's last DLC pack called IMC Rising will be the last one for the game, adding 3 new maps to the 6 already released through DLCs Frontier's Edge and Expedition. The maps called "Backwater", "Sandtrap" and "Zone 18" will be out sometime this fall, no date has yet been announced. New features and game modes will still be added to the game via free updates, but these will not be kept coming forever as Respawn has stated they will have to turn their attention towards other unannounced projects eventually.

"Because we've done a lot of post launch [support], I mean - six months of updates plus, and that includes Titan Burn Cards, the Insignias for Titans, the Black Market as well as all the normal hotfixes and weapon tweaks and stuff like that, so yeah, at a certain point we've got to give some people a break and then think about where we go next."

EA made sure to secure the rights to publish Titanfall 2 if the first sold well, and confirmed in May this year that more Titanfall titles would be seen in the future: "Through a new publishing agreement, we'll be working with Respawn to bring new Titanfall experiences to players worldwide." That does not mean Respawn will be occupied with this next though, they might have other projects lined up. Based on job descriptions found on their website, it has been speculated that they are working on a third-person action game, with help from former God of War developer Stig Asmussen, that recently joined the studio.

On their official website, Respawn Studios just released details on Titanfall Update Six and although no date was announced for its release, the 6th of September was mentioned by a Community Manager at Gamescom. This free update includes, among other things, a new game mode called "Pilot Skirmish", which is a 8 vs 8 player mode, where you battle it out without the aid of Titans or AIs. It will bring a somewhat different experience, and force players to rethink their gameplay strategies. Due to the difference in number of players, it will not be available in Variety Mode.

Other features worth a mention is limited Black Market Daily Deals, a new Roll the Dice Burn Card that gives you the "ability to tap into your entire deck from inside a match" and finally there is the Burn Card Auto Fill toggle which will auto fill empty burn card slots. Marked for Death is being added as a permanent game mode due to its popularity amongst players, coming with unlockable loadouts. Three color blind options affecting IFF glows, crosshair colors, and names above heads will finally be added, and players will no longer be penalised for joining a game late. If your team loses, it not be added to your record. If you want to take a look at all bug fixes and changes, you can find them here on the official website.

Titanfall Update Six will not be the last free update, as the last point on their list informs us of the "Wingman Last Titan Standing" game mode to be released soon in a new update.

What are your thoughts on the changes they are making? Will you be jumping in to check out the new maps, or are you done with Titanfall?