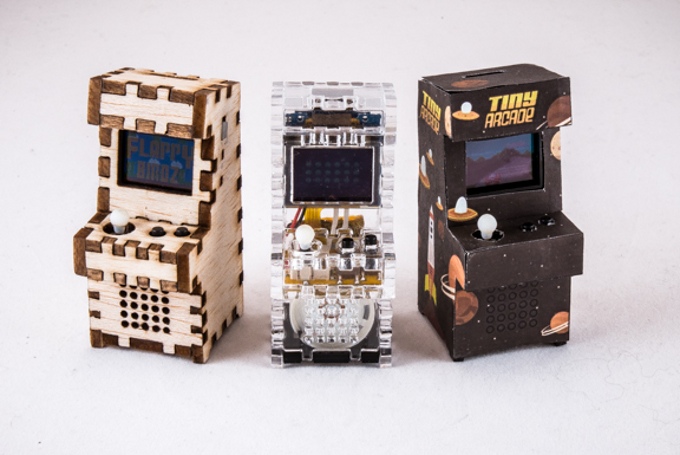 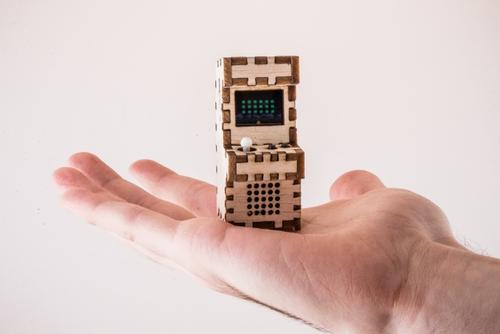 ​
Some of the older members on here may remember piling together as many quarters as they could find and using them at their local Arcade. Although this was before my time, I can still say that I got to enjoy these arcade machines a few times in my life. Now if Arcade gaming brought back some great memories for you, then you may be excited about this new device that went up on Kickstarter called Tiny Arcade.

Tiny Arcade definitely lives up to its name, it's a tiny handheld arcade machine that you can actually play games on. It is built around TinyCircuits, a Arduino compatible modular platform which are essentially like LEGOs, in the sense that you stack multiple together to accomplish something. It also includes a 32-Bit ARM Processor known as the Arduino Zero. The Tiny Arcade will feature an analog stick and 2 buttons for gameplay, much like old arcade cabinets. It will also have a speaker for audio output, a vibrant OLED display, USB charging port for the lithium battery that is inside and it will be capable of running games at 30fps. A microSD card slot will also be present for downloading additional games.

Speaking of games, you may be wondering what type of games this little machine will be able to run. The team behind this project have remade quite a few classic titles that will all be free to download once this goes live. These games include Tiny Invaders (a remake of Space Invaders) Asteroids, Mushroom Jumper (a Mario remake) and more. It will also have some newer titles remade for it like Flappy Birdz, which is clearly a remake of the original Flappy Bird. The entire project is also open source so you can actually make your own games using the Arduino IDE and you can download games that others have made.

I would personally be skeptical on purchasing this because of how small it is. My hands are fairly large and I am not sure if it would provide me with an enjoyable gaming experience. The screen also seems fairly small for me to actually consider this viable, considering the screen is only about an inch big, but that's more of a personal opinion.

Tiny Arcade will be available for $60 in a DIY kit, where you assemble it yourself. There will also be an option to have it come prebuilt and that will run you about $75. A $150 Premium 3D printed version will also be available. What do you think? Will you be supporting the developers behind this cool product? Leave your thoughts below!