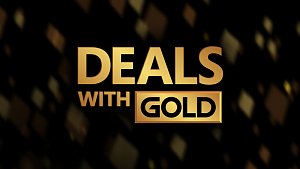 On Xbox 360, a whole bunch of Dynasty Warriors games are heavily discounted at over 70% off, while much of the Farming Simulator franchise is also going for cheap on both platforms.

All of these deals are good until August 1 at 3 AM PT / 6 AM ET / 11 AM BST. Go to Major Nelson's blog to see a complete rundown of this week's offers, some of which require a Gold membership.

In other Xbox Live Gold news, subscribers can now pick up more of July 2017's free Games With Gold titles, including Runbow and Lego Pirates of the Caribbean.

Are you going to pick up anything this week? Let us know in the comments below!