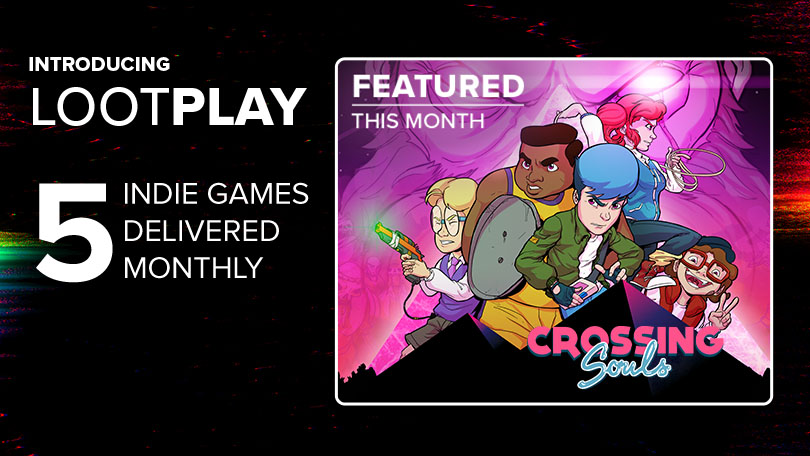 Between services like Humble Bundle, Twitch Prime, PS Plus, and Xbox Live Gold, there's no shortage of ways to get a monthly set of mystery games at an enormously discounted rate. Even so, Loot Crate is throwing its hat in the ring with a brand-new subscription service of its own. It's called Loot Play, and it provides subscribers with a monthly bundle of five indie PC games for as low as $10 per month.

The games are delivered on the 17th of each month in the form of Steam codes. One game will be featured in the month's advertising, but the remaining four will remain a mystery until they unlock. For help curating these Loot Play bundles, Loot Crate has partnered with Chrono.gg, an online retailer that focuses on independent games.

This month's featured title is Crossing Souls, a pixel-art game that's drenched in '80s nostalgia. This Zelda-like title lets you switch between five characters who each have their own unique special ability you'll need to use to fend off enemies and solve environmental puzzles. It will become available to subscribers, along with four mystery games, on November 17.

Loot Play's pricing ranges between $10 and $12, depending on the length of your subscription. You can subscribe for one, three, six, or 12 months. Seeing as Crossing Souls normally sells on Steam for $15, you'll effectively be getting a discount on it on top of getting four additional games for free.