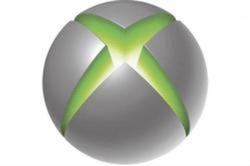 Let those words sink in: there is to be a lack of Xbox 720's throughout the global community. The future generation Xbox name, Xbox 720, may meet the fate of a fleeting dream, or so claims media source VR-ZONE who apparently snatched some vitals on Microsoft's upcoming heir to the Xbox throne. Through a source that VR-ZONE respectively did not cite, Microsoft will effectively slap a name tag that doesn't don numerals but rather utilize normal written characters.

As reported by VR-ZONE writer Theo Valich, "our sources close to heart of the matter told us while the final name of the console is still undecided, there are some names which were discarded a while ago. The final marketing call will be decided during the first quarter of 2013, with the introduction in the second quarter of 2013, probably at E3. Microsoft plans to have a large venue near to the exhibition grounds, such as the Nokia Arena and have a celebrity-laden launch, with the global marketing campaign to get tickets for the launch event covering all countries where Xbox will be sold."

Microsoft cropping "720," out of the picture is necessarily quite beliveable, but, without official and proper disclosure, most people can only speculate as to what the next Xbox will be named. Evidence does support, however, that in an effort to boast a catchier and much more marketing friendly console name, Microsoft will be taking a more thoughtful approach in designating their heir's name. Mind you Sony is rumored to be naming their next Playstation console something aside from Playstation 4 and Nintendo already lays claim to the Wii-U, so, by trend, it is very plausible for Microsoft to follow suit with their console. Although it is possible for the next Xbox to practically be branded anything, VR-ZONE insists their sources have identified possible candidates for Microsoft's upcoming console. Xbox Next, Xbox 8, Xbox Live, and Xbox Kinect are probable possibilities, but it is more than a pinch of salt we can assuringly declare that the latter two designations are realistically unlikely in an effort to avoid marketing confusion.

Likely so shall the next Xbox be appropriately dubbed "Xbox Next," simply because of the fact it is the next generation console. "Xbox 8," takes a more technical approach, for the internal configuration of the console sports a sleek and powerful 8GB DDR3 memory and 8-core processors. These two names may or may not be presented whenever Microsoft does decide to present their new console, for other names are in the fray battling for supremacy. Whether or not we are unwrapping our new Xbox Next's or Xbox 8's, what truly matter in the hands of the consumer is the functionality of the device. You can shine fecal matter with a coating of gold, but it will still be a piece of fecal matter, one might disgustingly but remarkably state.

Remember to take VR-ZONE's report with a pinch of salt and to also recognize that this is certainly a rumor as of now.