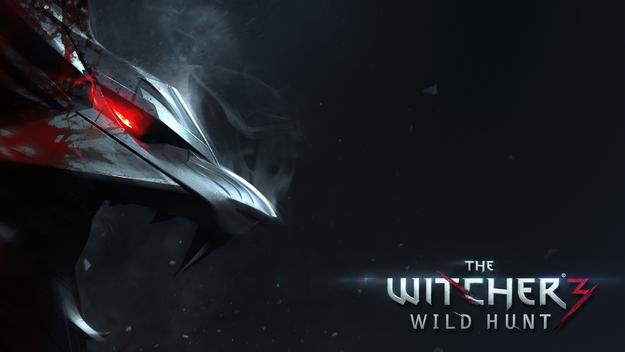 Lately it's been common for huge AAA titles to launch in an unfinished state, requiring immediate patches and updates in order to be playable. Players on all platforms and the press alike has shown a growing frustration and worry that this is a trend that will keep going in the future. Starting up a long anticipated game on launch day has become something of a joke, as publishers seem to worry more about selling pre-orders and launching on certain dates than actually making sure that their product is finished. Thankfully, not all companies follow that same path. According this open letter posted on their official site earlier todat, CD Projekt Red has decided to push back launch and set a new date on the release of their much anticipated open world action RPG The Witcher 3: Wild Hunt:

"The sheer size and complexity of The Witcher, key features of the title, have had a decisive impact on production. Now, nearing the end of our work, we see many details that need to be corrected. When we release the most important game in our studio’s history, we must be absolutely sure that we did everything we could to limit any bugs to a level that will allow you to enjoy the game thoroughly.

With this in mind, we took another look at current workloads and what they mean for the team. Even though everyone is working at full speed, we concluded that we need another 12 weeks, so we are shifting the release date of The Witcher 3: Wild Hunt to May 19th, 2015.

We owe you an apology. We set the release date too hastily. It’s a hard lesson, one to take to heart for the future. We know what we want to do to make Wild Hunt one of the best RPGs you will ever play. And we continue to work hard to achieve just that. So, we apologize and ask for your trust."

After what we have been through lately with games like Battlefield 4, The Master Chief Collection and Assassins's Creed Unity, all big titles failing to deliver on release, such a message is mainly received with a sigh of relief. Having all the bugs taken care of and all the game breaking mistakes removed before we get to play seems like a very good idea. The Witcher 3 has been in the making for a long time, displayed in two E3 events already, and delayed once before. Originally intended to release about now, then pushed to February 15th and now finally given a third date, May 19th 2015.

Considering the size of this game and what they are trying to accomplish, I don't blame them for needing more time. The developers have set their standards high, both when it comes to sheer size of the game world and also the content they are adding into it. Estimating about 100 hours of play time to finish both main story line and side missions, and a rich world for exploring and hunting there are lots of room for bugs to hide. The developers have made up some graphics to show us the scale of this game compared to the two first, and just to make them more impressive you should keep in mind that this infographic is over a year old, so some of those numbers will be a lot higher now. The sales, for example, have reached 8 million, not 6 as stated here: 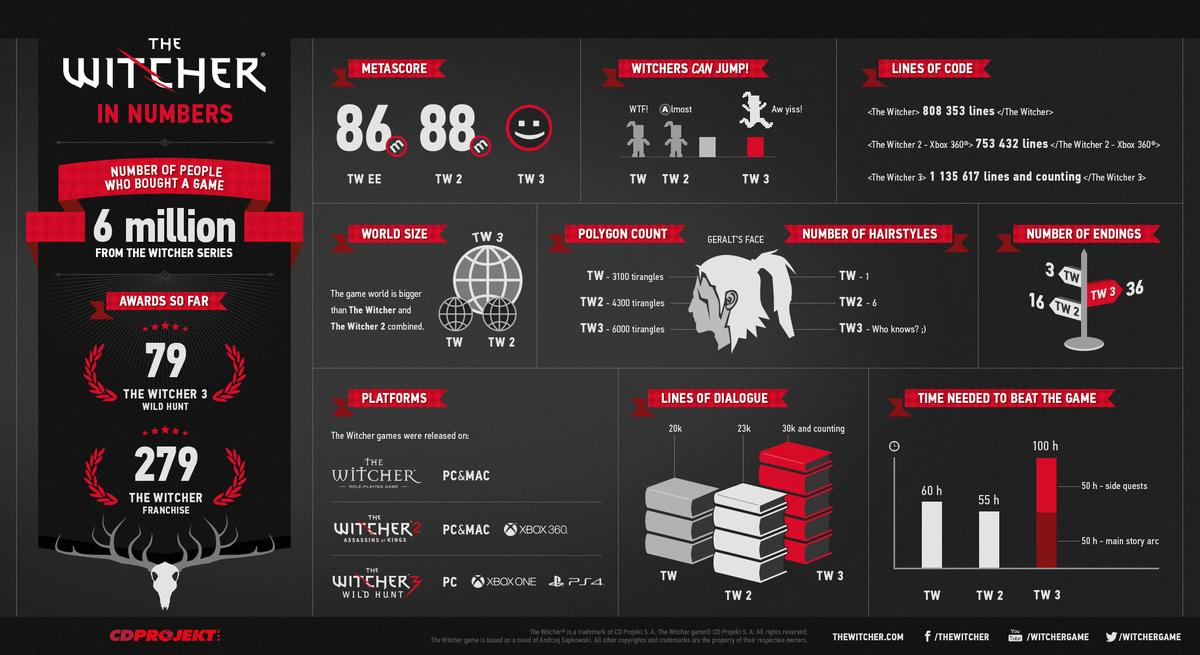 In The Witcher 3: Wild Hunt, the story is as important as the freedom to explore. They have brought back the Hunter part of the game that almost got lost in politics in The Witcher 2, and tried to incorporate it such in a way that it feels natural to the story and character development. You will have orders or side-quests to kill beasts, but they are aiming to put a unique spin on every single one to avoid the fetch and deliver styled missions that we are used to seeing from games in this genre. They want the story to be meaningful, but at the same time, if you wish you explore the game world at your own pace, it will be possible to do so. "Your actions and choices will have consequences," we have heard that claimed in games before and it usually have minimal effect on the outcome in the end. It will be interesting to see how this works in this one though, as it is something they have put a lot of effort into. Ignore someone in distress, and it will be there to reflect the future, this game has an astounding 36 different endings. This might end up being one of the more rewarding games to replay. According to Marcin Iwinski, co-founder of the CD Projekt group, this is the thought on the open world design:

"You will be able to explore the game world of the The Witcher 3, but in a lot of ways, we'll be subtly reminding you about the plot. Do all the side-quests you want, but don't forget there is a story waiting for you - that I personally feel is the most rewarding part of the game."

Waiting a few extra months for this is not too much in my book. I would rather have a finished, working game in May, than a broken joke in February. Also the way they are reaching out to the players and being open about their intentions and reasoning makes me side with them. I genuinely root for CD Projekt Red and wish them all the best on their release. This is one of the games I have been waiting for this year, and I'll gladly wait a bit longer. I'm confident that I will not be disappointed. Just take a look at the latest teaser presented at last weekends The Game Awards:

Credit goes to Vino for providing the topic.