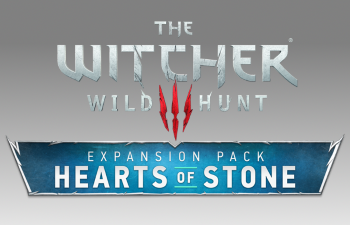 The Witcher 3: Wild Hunt will be getting its first expansion on October 13th. Hearts of Stone is a new expansion that will give players another 10 hours of gameplay. it is said that Geralt is hired to take on Olgierd von Everec, a bandit captain who is apparently immortal. Along with new characters, monsters, and romance, the game will feature a new Runewords system that “significantly affects gameplay,” the official press release reads:

“Each Runeword will impact a different aspect of in-game mechanics and will allow the players to experiment with various strategies and tactics.”

As well as an obvious digital release, there will also be a physical retail release. The retail release will give The Witcher 3 fans access to a set of “two masterfully crafted physical decks of Gwent”. With this you will also receive a rulebook detailing how you and a friend can play against one another. Gamers buying the digital copy of the expansion will also get a chance to purchase the Gwent cards online. The physical collectors edition will retail at $19.99/19.99€.