​
The Witcher series, crowned with Game of the Year nominations and awards, began as a much simpler story before it became the epic saga gamers know it as today. Writer Andzrej Sapkowski created the series back in 1986 by entering a short story, titled "Wiedźmin," into a contest held by a Polish magazine which netted him a third place prize. Sapkowski continued writing about the fabled Geralt of Rivia and in 2002, CD Projekt got permission to develop a game based on Sapkowski's series of novels and CD Projekt RED was formed to lead production of the game. The Witcher didn't see its release until 5 years later in 2007, but it has grown into one of the most memorable experiences in video game history. 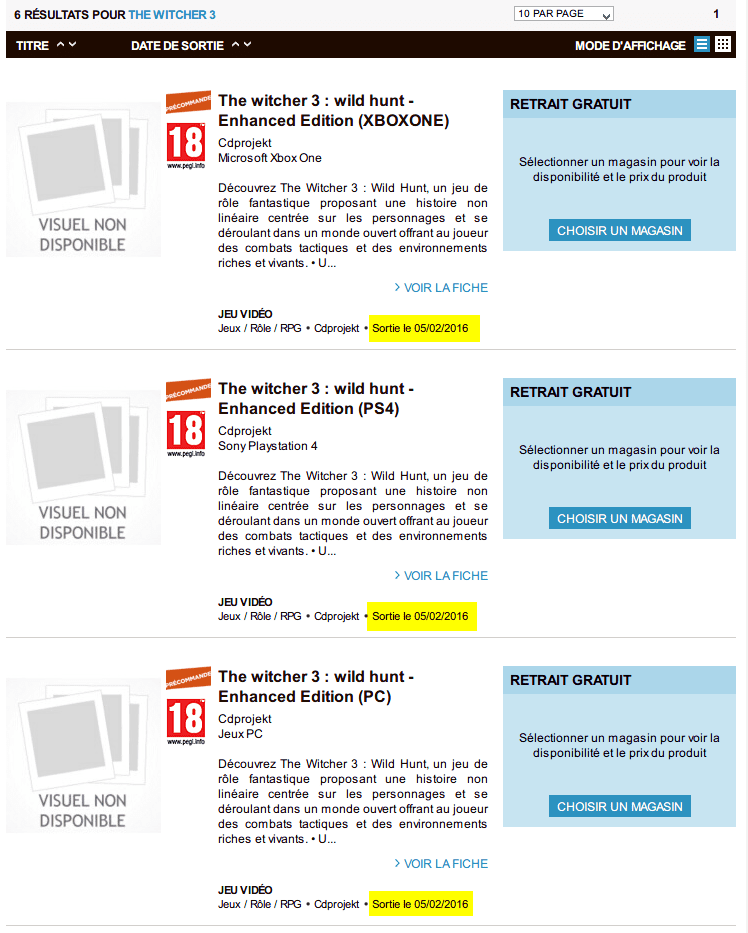 If these rumors are accurate, fans of The Witcher could see an Enhanced Edition for The Witcher 3: Wild Hunt as early as February 5, 2016.