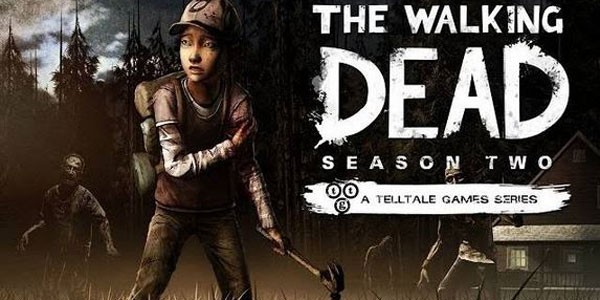 The episodic adventure continues on as the developers of the game, Telltale Games have confirmed a sequel to The Walking Dead coming out this month. The devious plot twisting game based on the comic of the same name by Robert Kirkman, has gained much popularity since its release on last-gen consoles. Following the release of its predecessor, The Walking Dead Season One was praised for its treacherous storyline set during a post apocalyptic version of Georgia. One of the unique feature the Walking Dead series uses, is the amount of liberty the player is given in response to commands or character dialogues. Many bloodthirsty players will be hoping that the same mechanics are used on The Walking Dead Season Two and bring on more dramatic twists to this next installment in the series.

Not only will Season Two be making its debut on current-gen consoles, Season One will also be available for purchase for current-gen consoles this month. Season One will be bundled with all five episodes that comes with the season including the special episode "400 Days". The first season is scheduled to release on October 14 for PS4 and Xbox One North American users. Season Two releases a week after Season One on October 21 for both last and current-gen consoles as well as PC via Valve's Steam, PlayStation Vita users will have to wait until November 4 to get their hands on a copy of Season Two. European console owners will have to wait until October 21 in order to purchase both seasons. In case people missed the entire series, now is the last chance to catch up in time for Season Two's release. Telltale Games released a description of Season Two following the change in climate along with the environment and brand new tasks that will emerge that has many wondering about the future of young Clementine.

“Winter is setting in. Time to find food and shelter is running out. And with a newborn infant to sustain, walkers are a greater threat than ever. As pressure builds and tensions reach breaking point, your choices will decide Clementine’s fate in the gripping conclusion of The Walking Dead: Season Two.”
Click to expand...

Telltale Games seem to be looking further in the future as Season Three has also been confirmed by Telltale themselves earlier this year at San Diego's Comic-Con. Players will have to control their enthusiasm since no further details have surfaced pertaining to the third season of the game. It is predicted that it'll be many months before we see a release assuming some episodes of season two are still in development. Not only is Telltale concentrating on expanding their Walking Dead series, but are also in the process of other works such as Game of Thrones and Tales from the Borderlands in which both titles will be following a similar graphical episodic game such as its current line of games.

The first season of the Walking Dead has been a hit since release and had a great line of characters each with their own backgrounds and reasons to stay alive during the apocalypse. I have no doubt in my mind that Telltale Games will leave us breathless leaving the community begging for more episodes and certainly be a great candidate for another "Game of The Year" award. Be sure to check out the trailer below to see what season two of the Walking Dead series has in store for us!