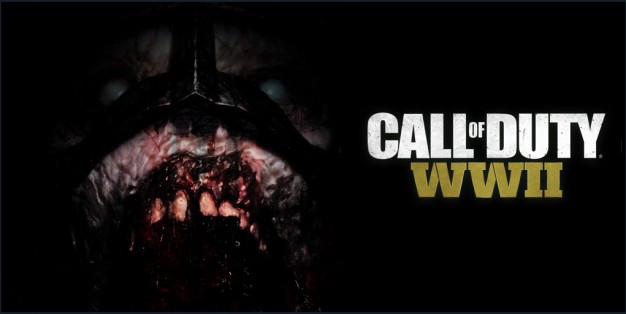 ​
It looks it won't be long until we know more about Call of Duty: WWII's Zombies mode. A tweet from the Call of Duty account says that the first official reveal of developer Sledgehammer Games' "twisted new vision" for Call of Duty Zombies will be revealed on July 20.

The tweet (via Game Informer) suggests that the reveal will happen at San Diego Comic-Con. That's all we know for now, but Activision has a history of making big Call of Duty Zombies announcements at Comic-Con, so we're expecting something good here.

— Call of Duty (callofduty) July 5, 2017​
At San Diego Comic-Con 2015, Activision announced the celebrity cast for Black Ops III's Zombies mode, including Jeff Goldblum, Heather Graham, and Ron Perlman. It wouldn't be surprising if this year's Comic-Con news is something similar.

What we do know about Call of Duty: WWII's Zombies mode is that it is an "entirely new story and a pretty horrifying experience," and it will tell "the story of the Third Reich's desperate attempt to create an army in the final stages of the war."

Sledgehammer boss Michael Condrey added that Call of Duty: WWII's Zombies mode will be an "adrenaline-fueled" take on the fan-favourite mode. He pointed out that Sledgehammer is no stranger to horror, as he and the other studio leader, Glen Schofield, worked on Dead Space before joining Activision.

Call of Duty: World War II launches on November 3 for PS4, Xbox One, and PC. A beta will be held before launch, and you can guarantee yourself a spot by pre-ordering.