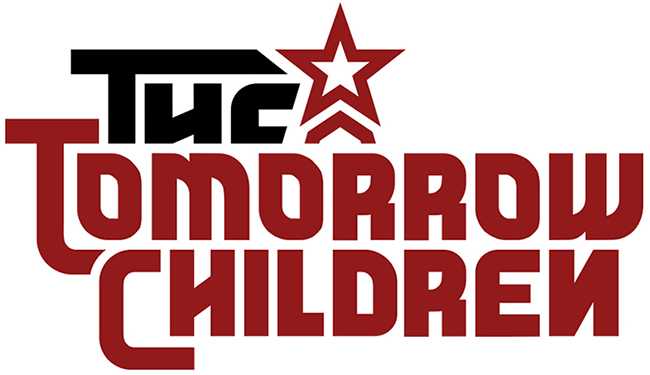 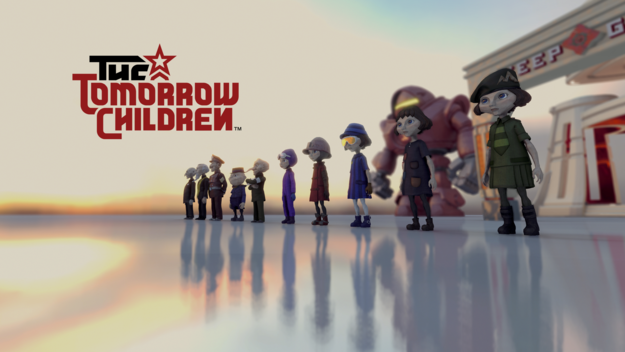 Indie studio Q-Games have announced the upcoming beta for their new online sandbox game, The Tomorrow Children. The game offers a unique experience where players must work together in order to save what's left of the human race from complete annihilation. Players will need to use teamwork to defend not only themselves but their towns from enormous monsters who aim to destroy everything in sight. With unity comes strength, and with strength comes the power to bring humanity back to what it once was.

The story behind The Tomorrow Children begins in a world unlike our own. Time diverged and an alternate timeline was created due to the Soviet Union attempting to start a project that would combine every single mind on Earth into one united consciousness. However, the project had extremely negative results. Nearly all organic life and civilizations spanning across the planet were essentially destroyed. The collective consciousness of every single being on Earth formed a dangerous being called the Void.

Any remaining life on Earth was planned for immediate eradication by dangerous monsters called the Izverg which spawned from all of the fear which was building up in the Void. The last of mankind free from the Void plans to fight back and free the rest of humanity from their prison. Strange beings called projection clones were created and tasked with not only rescuing everyone but rebuilding the entire world from the ashes it was reduced to.

If you decide to begin your journey as a projection clone, you’ll begin your journey by visiting different towns you can find across the Void. You will need to gather different items and mine different items you may find in the Void in order to assist in restoring and upgrading towns in the Void. Be warned, the Izverg will try to stop you. Towns you have fixed may be attacked and raided by the Izverg. If you work together with the other projection clones in the world, you can prepare for Izverg attacks, meticulously placing cannons and barriers in your towns will be the difference between preventing an attack, and the destruction of a town.

Teamwork is key in The Tomorrow Children. Any changes one player makes will affect everyone else. If a player lays down a road, everyone will be able to use it for safe passage. Building new items and structures for your fellow projection clones to use will help expedite the process in taking back humanity. After all, it takes more than one person to save an entire race.

If you would like to participate in The Tomorrow Children beta you can sign up at the link I'll provide below. Anyone who participates in the beta will receive an exclusive white and purple costume which you can view here. The beta will run from January 21-23. You will need to be at least 18 years old and you must have a PSN account in order to gain access. There's no set release date for The Tomorrow Children yet, but hopefully one will be announced shortly after the beta is over.