The Railgun: Bringing Gaming One Step Closer to Reality 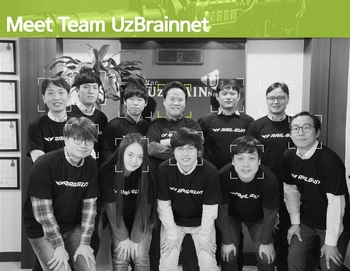 ​
In the world of modern gaming, realism is becoming more and more of a requirement when it comes to graphics, gameplay, and hardware. With the introduction of VR (Virtual Reality) headsets and their increasing popularity, many companies are noticing the success of total immersion in games and are trying to capitalize on it. That's where UzBrainnet comes in. UzBrainnet is a relatively unheard of company that began working on a way to make FPS games feel more real back in 2013. Their idea? A controller that attaches to an airsoft gun via the rails, effectively transforming your gun into a working controller, which means it couldn't possibly feel more real in your hands.

As shown in the video above, the controller itself has many different pieces that all connect to your airsoft gun, allowing you to control every aspect of the game without taking your hands off the gun or needing to hold it awkwardly. The secret is in their patented Fast Rotation technology, which allows you to turn 180 and even 360 degrees intuitively by looking left or right. They have also implemented an embedded algorithm that maximizes precision aiming by minimizing the hand trembling that is common in many people.

Since the controller is attached to a real airsoft gun, the feeling of realism is unmatched. You will feel the recoil, hear the noise from the gun firing and control your character as if you actually are the character. They have even announced that you can pair the controller with Oculus Rift for an unprecedented level of immersion in your games!

Right now the controller is not for sale, as the Kickstarter campaign still has about a month to go, but you can pledge money to them now and get in on the early bird discounts they offer. Currently there are nine spots left for the second early bird tier, which is $165. Once those are filled there will be fifty spots available at $180, and then one more tier after that priced at $199. If they meet their goal, chances are the price will increase drastically, so it is recommended that you pledge now if this is something that interests you. If they do not meet their goal, you get your money back, so it truly is a no-risk investment.

For all you FPS fans, is this something that appeals to you? Would you like to see more products like this in the future, or do you think that companies are going a little overboard with their attempts at making gaming feel more "real"? Let us know in the comments below!

You can check out the Kickstarter campaign by clicking here, or by using the source link located at the bottom of this article.