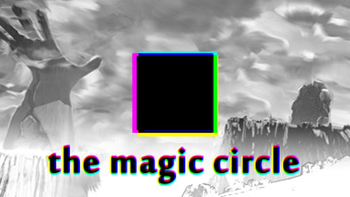 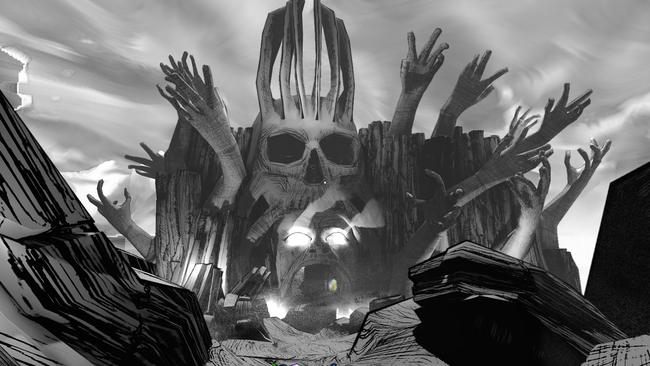 ​
The Magic Circle is a game that is both developed and published by Question, a seemingly unknown developer. However, a few in this team have worked on both Bioshock and Dishonored. It released on PC on July 9th of last year and made its way to Xbox One and PlayStation 4 just recently, on June 29th. I've finished the game and have had enough time to gather my thoughts on it. So, without any further ado, here's how I feel about it.

If I were to sum up The Magic Circle with one word, and for lack of a better one, it would be "trippy". Now, that's a very acquired taste to hold, if you're looking for a particularly serious or realistic game, you've come to the wrong place. I myself am quite fond of things or entertainment of any sort that stimulate your mind, and with that being said, I really enjoyed this game. Its premise and overall concept behind itself are unlike that of any game I have ever played. This isn't a game you merely play, it's one you experience. Its ideology is rather existential and it aims to actively deconstruct the idea of game development and a developer "selling out." It encourages you to think outside the box and rewards you for doing just that. Throughout my time of playing Halo or Call of Duty, I always enjoyed trying to get "out of the map" and essentially being where I wasn't supposed to. I enjoyed exploring places that weren't meant for me. This game encouraged that. There was an instance about an hour or so into the game where I scaled a mountain of sorts, one I wasn't supposed to, and on top, there was a message for me from a developer. It's just one of many events and things that lead this game to feel so different.

Its plot is rather difficult to accurately explain. You're essentially a game tester dropped into the unique world that is an incomplete game. A world that often doesn't have color or physical elements such as a bridge, and so on and so forth. However, it is a world riddled with glitches and the like, although nothing game breaking. It's set in a rather run-of-the-mill fantasy, something akin to Final Fantasy, I suppose. You've got your creatures and magic, and a bit of aliens. Nothing too special here really, but there's plenty to make up for that, plenty. Shortly after being dropped into this world, you realize the developers are present in it and can alter it, as well as converse with you and amongst themselves.

Throughout the game, you interact with a self-aware artificial intelligence whose goal is to be "set free" sort of speak. He aims to achieve said goal by means of you and your actions. This goal can be accomplished by undermining the game that is currently under development. This is where it gets interesting and delves into an Inception-esque type of plot. This artificial intelligence that guides you through the game and his own agenda didn't originate in this game that is being developed. His "life" began in a previous game, one that was abandoned yet left in this current game as well. So essentially, you're playing a game, in a game, in a game. Occasionally hard to follow but delightfully philosophical when looking at it beneath a mere surface level. You get to go back to this original game periodically and face the jarring contrast when you realize it's akin to an original Wolfenstein or Doom type of shooter, set in a sci-fi world inhabited by parasites, lab rats, and the like. This artificial intelligence companion of yours was trapped in this dated world that was abandoned for roughly fifteen years whilst the developer took it upon himself to build a new world around him. You can grow some sympathy for him, which may sound absurd, of course. His life though, it's utterly meaningless and he's totally aware of that. He wants to end it, and he needs your help to metaphorically and quite literally, pull the plug. It's an experience far deeper than I was lead to believe. 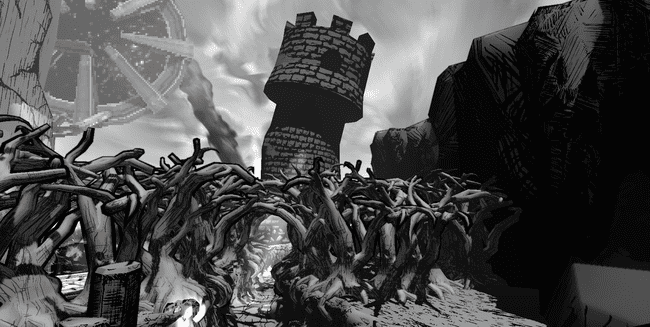 ​
The raw gameplay itself is its low point, in my opinion. It's clunky, it's pretty slow, and overall, not very enjoyable. Although, you can do some pretty cool things with it. For example, you can alter the properties and qualities of creatures and various items through the use of your artificial intelligence buddy and how he allows you to go into the code of said creatures or items and tweak them in a variety of ways. For instance, you can take a creature that would normally attack you and change it to a companion of yours, or perhaps, give one the ability to fly or attack with pyro abilities. It makes for some interesting encounters as well as the key to some thought provoking puzzles. You can do quite a bit of different things through the means of these abilities that Mr. Artifical Intelligence has bestowed upon you. You can reanimate corpses and creatures, give various tasks to your companions, etc. All in all, some fun, different stuff. However, its execution could have been accomplished with some more finesse in my eyes. Although, that is most likely its intentions and fits the scene it sets, so it's not too bothersome.

My main gripe about this game will have to be its length and content, or lack thereof, rather. It's quite short and could certainly have more content in it. Plot-wise, there isn't very much to do in terms of furthering it, but the world could have been bigger and thus given you more time and space to explore, with perhaps additional creatures and environments. It's the only thing that legitimately bothers me about it, there easily could have been more. But alas, this game retails for a mere twenty dollars and surely you can find it for less, as well. With the price in perspective, it balances out a bit more. I feel the price is justified, even with the lack of content, you're still left with a rather original experience and character that accompanies you.

During some of my last days on staff, I was fortunate enough to have this game presented to me by our Senior Director, Kankuro through Evolve Terminal and the beneficial services they offer. I didn't research the game too much beforehand for the sake of being able to go into it with no expectations nor ideas as to what I was getting myself into. After a certain point in the game, I was totally and completely hooked on it mostly due to the plot and its underlying philosophical tones that are subtle at a face value yet completely blatant when really thought about. It's a raw, barren, incomplete world, yet deep and thought-provoking in all the right ways. It encourages and rewards you to think outside the box and to break free from a typical game's cliches and stigmas. Simply put, it's different, and I like that. It was a game I enjoyed not simply for the sake of playing it, but for experiencing it and the ideas and philosophy it presents. If you're looking for a typical game that intends to fit into a template that has been put in place by the developers today, you've come to the wrong place. However, if you have twenty bucks to burn and want a new experience that teases your mind and provides you with a sense of existential satisfaction, this is the game for you, and I certainly recommend it.
About author