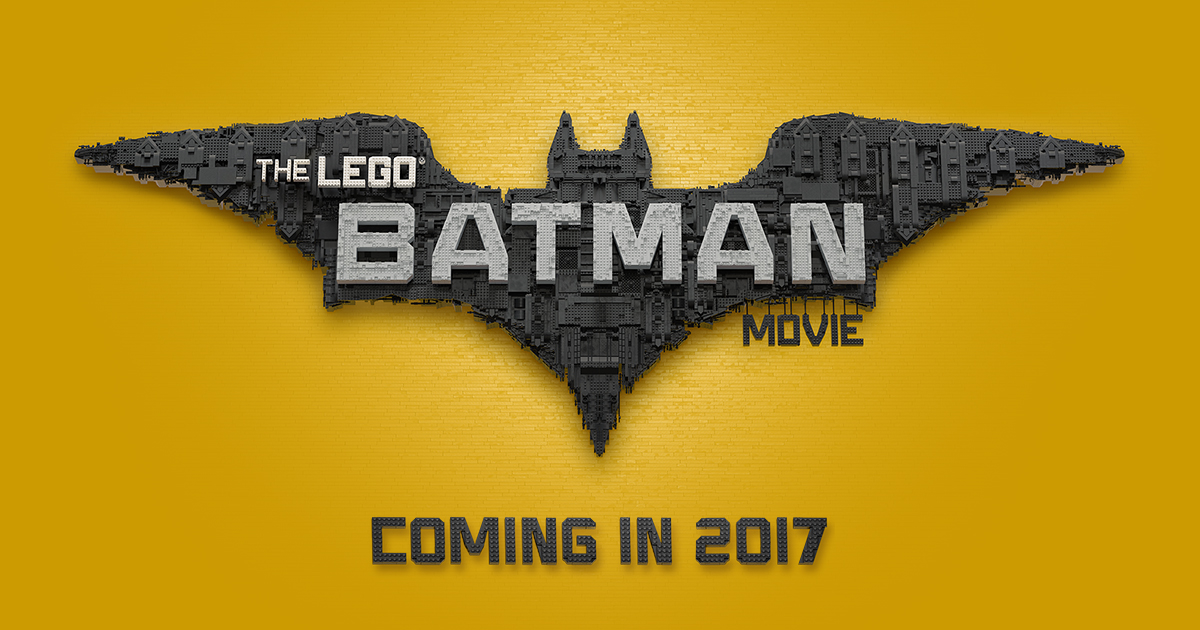 ​
I'm one of the few people who do likes neither Batman nor The Lego Movie, so I felt pretty stiff and unwilling to go see this one. A lot of my friends went to see the midnight premiere last night, however, so I decided to tag along for the camaraderie, not expecting anything much from the movie. I didn't think the first one was anything special, and I thought it was a very manipulative, feature-length commercial for Lego toys. I didn't find much of the humor to be that funny, and some of the more emotional moments didn't really cut it for me. I might be too cynical for that sort of thing, I don't know. Regardless of my thoughts on the first one, however, I found there to be a surprising amount of joy in this installment in the franchise despite having really low expectations for it.

There aren't many directions you can take a Batman story anymore; there are so many Batman movies, both live-action and cartoon, that there isn't much legroom for originality anymore. Adding the Lego element doesn't do much to freshen up the story itself, and it just gives it a new look. The story revolves around a washed-up Batman and Joker, and in that respect it definitely borrows story elements from the first film, which was a little disappointing to see. It also adds a multitude of villains, and when I say multitude, I mean all of the villains. I am not exaggerating. Every villain in the Batman universe comes into play here, and it's a lot more than just Batman villains that come for blood. I won't spoil who is featured in this movie, but there are a few head-scratching cameos here that feel forced. The middle of this movie felt like the ending to Anchorman 2 in that respect. The plot feels overstuffed, yet somehow still paper-thin. That's a bit of an oxymoron, but the construction of the plot is just flimsy despite there being a massive surplus of characters here.

Regarding the look of the film, the animation for these movies is spectacular, and that was the best part of the first film. The simulated stop-motion mix with computer-generated elements makes for a beautiful looking film, and its unique style alone is enough to separate from any other animated film out there. There is an abundance of color and life to these movies, which is something I'm not used to seeing with Batman. It's an interesting contradiction, and a rather effective one at that. Because the mood for Batman clashes so much with the very moody Dark Knight trilogy and the extremely moody Batman vs. Superman, it's a wonderfully unique and fresh take on the universe that's been built up in our minds as a colorless and joyless entity. Now, it's a colorful and dynamic one, and it's so refreshing to see.

Much like the first movie, however, the emotional aspects of the story didn't really catch me. Although it doesn't feel as brazen as the first film (this one never switches to live-action) I can't help but feel it's manipulative. Maybe I am putting way too much pressure on a kid's movie and the messages have to be spelled out for someone who is younger than me. Or, the more rational explanation: I'm just bitter. I digress, however. I'm sure none of the older audience here is really interested in the emotional heart of the film or how it looks. I'm sure anyone who is reading this and is interested in seeing the film is looking for one thing only: The humor.

Good God, is this movie funny. It takes a lot for me to laugh, and this movie had me laughing very often. There is a lot of self-referential humor here, and it takes a lot of stabs at the live-action Batman films that I had always had in mine. It makes an over-the-top attempt to correct how moody and lifeless grittier Batman has, and since it's a cartoon, it works really well. The colorful atmosphere and the energetic pace keeps the movie going without a breath, and the jokes don't let up. As always, there is a misstep or two, but for a movie written by five different people, the humor and characters are very consistently upbeat and hilarious. It's not a movie that insults the live-action Batman movies, either; it manages to parody them and deconstruct them while also celebrating them. It's the best kind of homage, and there is not a cynical beat in this entire film. It's wonderful for this bitter viewer to see.

The cast and the performances are all on the mark, and everyone is on their A-game here. Everyone is so lively and perfect for their parts, and it really provides the characters with a kinetic and frenetic energy that keeps the movie rolling. There is never a dull moment with these characters, and although there are way too many of them, they manage to stay dynamic and active. Absolute madness unfolds on-screen, and it's simply wonderful.

Despite me being a jaded and terrible person, this movie made me laugh really hard and it made me smile quite a lot. It's a movie with a giant heart and quite a bit of charm to boot, and it's an absolute blast to watch. If you enjoyed the first one, there's a good chance you'll enjoy this one even more. Batman fans have no need to be worried; this movie doesn't hate Batman. It loves Batman. Maybe even more than you do. Even though many people will already, I think you should go see this one. If it can make this guy who has never said a good thing about a movie ever crack a smile, imagine the joy it will make you feel. Go see it and have a great time.
About author