The Guerilla Fighting Experience in Homefront: The Revolution 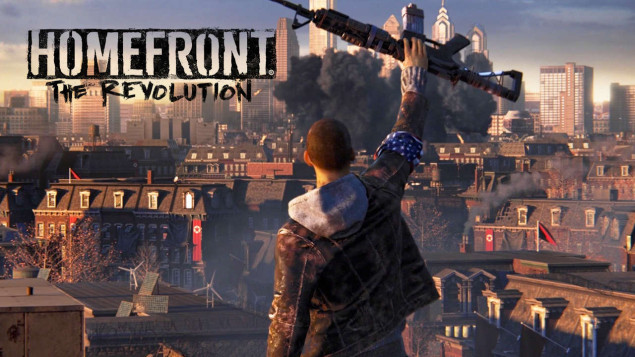 ​
Homefront: The Revolution has had a few more details regarding gameplay discussed at EGX 2015. The upcoming game will be exploring a timeline that differs from the one in the first game. The story will kick off in the 20th century, and from there it will progress to the year 2029, where you'll be placed into the shoes of a guerrilla fighter. Despite the game taking place in the future, players won't be seeing any advanced technology like they would in other games. In-game, there will be a company called Apex, which controls drones that watch over the city. Along with drones that scan citizens' ID's, as well as automated turrets used for target elimination, and combat drones scattered throughout the city.

One of the main focuses of the gameplay are the crafting mechanics. The developers' key focus is to give players an incentive for exploring every nook and cranny of the map. In Homefront, you'll be able to scavenge the world around you for hidden blueprints, which will allow you to upgrade your weapons. Players' personal weaponry will have a "homebrew" styled upgrading feature. For example, a piece of plumbers pipe can be attached to a shotgun, and with a little bit of tweaking, you'll have a secondary extension that shoots fire. Throughout the game you'll be able to collect items which will allow you to modify or completely rebuild weapons from scratch.

​
There are three ways you can customize your weapons in Homefront. The first way is by purchasing weapon attachments. You'll be able to buy anything from sights, to under-barrel attachments. The second method is through conversions. Players will be able to take weapons apart to completely change their functionality, with the aim being to let gamers get their creative juices flowing. Which will allow you to convert a standard assault rifle into a magnetic mine launcher. The third customization option uses a new game feature called the "Guerrilla Toolkit." Players will be able to use items they've scavenged from the world around them to build explosives, distraction devices, hacking tools, and more. As you encounter dangerous situations, your crafting skills will be put to the test. The game will also randomly test you with "micro-challenges." Some of these being, if there's a sniper on a rooftop covering a street you need to cross, you will need to figure out how to eliminate him.

The developers have also made a change to the way that A.I. reacts. This was done to improve the guerrilla fighting experience to make it as realistic as possible. The game will be coming with a new feature which has been dubbed the "strike point system." In each individual district of the game, players will have to fight the KPA to take control of key points in the city, which will allow for a strategic advantage. Doing this causes a noticeable change in the resistance presence around the city. You could be in the middle of an intense firefight with the KPA, and random citizens will assist you in combat.

Another gameplay mechanic which further improves the dynamic gameplay is a new feature that allows you to join NPCs in missions. If you see any resistance forces in the streets, you can follow them and assist in whatever personal missions they may have. The end goal is to create a unique experience that makes the player feel like one small part in a big revolution. What impact will you create when Homefront: The Revolution releases?

Homefront: The Revolution will be released on PlayStation 4, Xbox One, and PC sometime in 2016, with the co-op beta set to launch this Winter. You can check out the gameplay footage from EGX 2015 here.