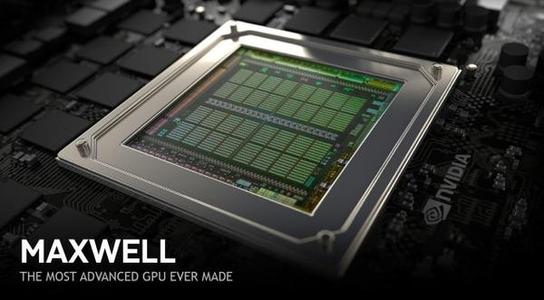 For the past couple of months, we have all heard nothing but rumors about the upcoming Nvidia GTX series. Finally putting an end to all of the speculation, Nvidia held a 24 hour gaming event this past Friday and unveiled the new GTX GPUs. Nvidia actually skipped the 800 series and are calling them the GTX 970 and GTX 980. Both cards are running on the new maxwell which has proven to bring some great features to Nvidia GPUs.

One of the biggest selling points of the maxwell architecture is how efficient the GPU is with power. Last generation’s flagship, the GTX 780, had a TDP (Thermal Design Power, or heat generated) of 250w. However, the GTX 980 has a mucher lower TDP of 165w. The 970 also has a incredibly low TDP of 145w, compared to the 770’s 230w TDP. The significantly low TDPs show how much money, heat, and power consumption Maxwell can save compared to older architectures. This efficiency also allows the reference card to run off of only two six pin connectors, unlike older cards that required 8-pin connectors.

In addition to TDP, the reference card also boasts some fairly interesting specifications. One of the most notable specifications is that the 970 and 980 have 1664 and 2048 CUDA cores, respectively, which is less than previous cards. However, Maxwell cuda cores offer about 40% more performance than Kepler cuda cores, making the overall CUDA performance better. The new cards also have higher clock speeds which allows the cards to perform even better in games. The 980 has a stock core clock of 1126Mhz with a boost of 1216Mhz. Then, the 970’s stock clock speed is 1005Mhz wth a boost of 1178Mhz. These speeds seem fairly high already, but you also have to remember that it’s possible to achieve higher speeds through overclocking and non-reference cards. Of course, these specs are not the only things to know about the card. So if you want to know more about the card then you can check out Nvidia’s product page, but the GTX 900 series offers a lot more interesting features than numbers.

The feature that will have the most instantaneous change is Nvidia’s new Dynamic Super Resolution (DSR) technology. As the name suggests, DSR is much like downsampling, except it is designed to work much better and support nearly every game. DSR essentially tricks games into thinking you are playing on a higher-res monitor. This allows you to render games in resolutions higher than your monitors native resolution. Now obviously, this doesn’t magically change the resolution of your monitor, but 4k resolution will be noticeably smoother even on lower-resolution, 1080p, monitors.

Another technology that will improve the quality and smoothness of games is the all new Multi-frame sampled anti-aliasing (MFAA). Anti-aliasing has been around for awhile now, and it effectively gets rid of those ugly squares on the edge of rendered objects in gamed. However, Nvidia’s new MFAA will perform much better than previous solutions. MFAA can deliver the performance 4x traditional MSAA, while only requiring the time and power of 2x MSAA.

The last major feature the new GPUs have to offer is Voxel Global Illumination. The purpose of Global Illumination is to give games realistic lighting and shadows. Llighting can be the difference between a photo-realistic and low-quality scene, as shown by many shader mods for games such as Minecraft, Skyrim, or GTA. Voxel Global Illumination breaks down scenes into many voxels, or cubes, then calculates the lighting for that one specific voxel. This allows the GPU to generate accurate and dynamic lighting, without causing too much stress on the system. Unfortunately, it may be awhile until we see games take full advantage of this technology, since Nvidia stated that it should only be used by developers who create robust engines, like the Unreal Engine.

Of course, Maxwell also brings a lot more smaller features to the table. One of which is that Nvidia has made their GPUs more effective for virtual reality. With some new optimization, they reduced the typical 50ms latency of VR down to 25ms. The GPUs also support HDMI 2.0, which will allow for 4k resolution at 60hz. Then of course, there was some updates to make room for future technology like DirectX 12 and future GameWorks updates.

Overall, the next generation of Nvidia cards have a lot to offer at fairly reasonable prices. The reference GTX 970 is priced around $329 USD whereas the reference GTX 980 is priced around $549 USD. With the 970 beating the performance of the $500 AMD R9 290X and the 980 beating out the 780 Ti both cards are truly impressive. It should be noted, however, that when both the 780 Ti and 980 are overclocked, the performance is fairly similar. Not every consumer overclocks and there is a lot more the 980 has to offer than raw performance, so it still is a very compelling card.

Personally, I’m going to hold out and see what AMD has to offer. While Nvidia has brought a lot of great new features to the table with Maxwell, AMD still has yet to show us their next series of GPUs. If AMD can offer a similar performance with a lower price-tag like they have in the past, then it may be worth waiting for the R9 300x series. Either way, Nvidia has really impressed many people with all the improvements and features, and they will likely continue to hold a majority of the market share.