The Full Development of 'Police Warfare' Aims to Become a Reality 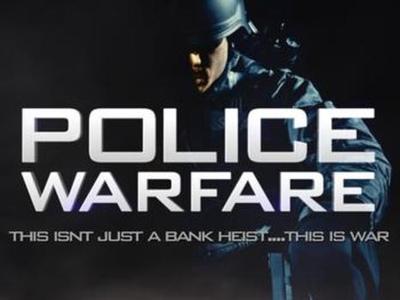 With the rise of one blockbuster franchise comes a plethora of other franchises trying to drink from the same reservoir of success. However one team of veteran game developers aims to take advantage of an opportunity that may be monumental enough to pierce an arrow of innovation, creativity, and fun through the heart of the already existing Call of Duty Warfare series and take its throne; even if the throne is taken for a sliver of a moment. The team of game developers hail from many different popular game companies such as Ubisoft, Infinity Ward, and EPIC, who have obviously brought forth to the world a collection of unforgettable games. After a successful pitch of the idea for a game, and the subsequent barrage of positive feedback, awe, and eagerness for the pitch to become a developmental reality, the team of game developers have decided to undertake the task of creating a game which they feel, with enough funds, they will be able to fabricate a game for gamers made by gamers.

Police Warfare aims to tie together certain elements from rather popular game installments. Certain elements from Rainbow Six Vegas relevant to the strategic and tactical gun fights will be delicately mixed with the expansive battle grounds of Battlefield and the classic, lovable themes of Cops and Robbers. Duking it out in lobbies with up to 32 players with objective games modes, and modes like 'Rush Mode,' from Battlefield 3, players will be able to utilize the arsenals and abilities of both the robbers and the men sent to silence those robbers with arrays of weapons and vehicles in large scale areas. 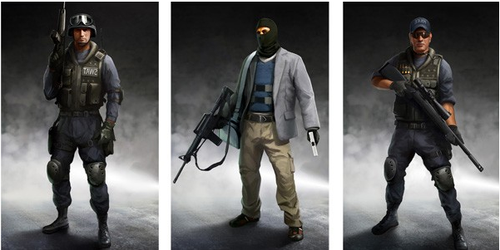 "Step into the boots of the law or wear the gloves of crime."​
Police Warfare, albeit having a cliche theme, is truly focusing on a deeper approach of creating a unique First Person Shooter; a genre of which has seen little improvement in recent years. A commendable effort can be said at the very least of the efforts being taken by the brave team of developers asking for at least 350,000 dollars to completely finish their independent project which they feel will exceed the FPS games of today. Whether or not these developers finish the project solely lays in their ability to keep an audience wanting their pitch to come to fruition, for funds play a pivotal part in any professional game's developmental timeline. Expect Police Warfare to be up for grabs in the future for PC only. The developer team has not forgotten about household entertainment consoles and is looking to release Police Warfare in a similar fashion as Battlefield 1943 was released. More information concerning Police Warfare, donations to the Police Warfare project, and the actual trailer can be found at the bottom of the article.​
Police Warfare Trailer: http://se7ens.in/J2nx8f​
Donate and help the Police Warfare Team here: http://se7ens.in/ISfE60​
Click to expand...