The Features of Call of Duty: Advanced Warfare's Multiplayer 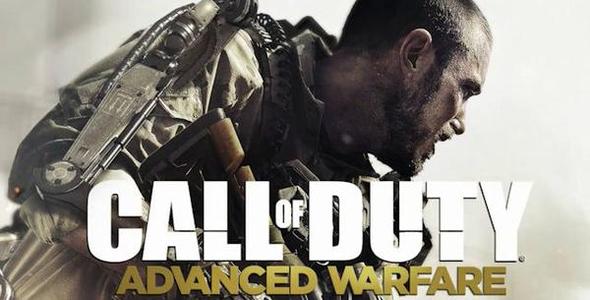 For many years, Call of Duty has been one of the biggest franchises on the market. In the past, InfinityWard and Treyarch have been taking turns developing the series. This time around a new developer, Sledgehammer, has been added to the cycle and they are bringing us 2014’s Call of Duty, Advanced Warfare. Earlier this year at E3 they gave us a look into the new campaign, but today Sledgehammer showed us the biggest part of any Call of Duty, the multiplayer.

Every year, Call of Duty developers always claim they are changing things up, but the gameplay still seems to be the same. This time around, however, Sledgehammer is really looking to change some of the core mechanics of the series. Advance Warfare is full of new features that make the game like no other Call of Duty. With new features such as the exo suit, supply drops, and create-an-operator the game is more fast-paced and customizable than ever before.

One of the biggest changes Sledgehammer brings to the table is the Exo suit. The Exo suit is a futuristic robotic suit that makes every player faster and stronger. The Exo suit brings a lot of new things to the series, but the most notable feature is its boost. Every player can utilize boost to move around the map with a fast and tactical manner. Boost jump brings Titanfall-like jumping to CoD, adding a lot of verticality to maps. There is also boost dodge which is used to move laterally while on your feet, allowing you to evade various dangers or tactfully surprise unsuspecting enemies. A similar boost move, dash, can also be performed in mid-air which allows you to move laterally, forwards, or backwards mid-jump. While in mid-air you can also use boost to slam on enemies down below, which can be used as a powerful melee attack. Finally, boost makes sliding much more powerful. You can now slide for much longer distances and do so much faster. While the Exo suit changes the way you move, it also changes the way you fight.

The Exo suit brings some game-changing features to the game’s combat. Trophy systems were introduced to Call of Duty in Mw3 and they will once again be returning, but this time they will be a part of your soldier. The Exo suit is equipped with a trophy system that allows you to block an incoming explosive. The suit also features a launcher that can shoot out various projectiles, like grenades, instead of throwing them manually. The suit also can also be loaded with many unique abilities such as cloak, shield, and overclock. All of these abilities can be applied at any time, but they consume the life of the Exo battery which can eventually run out. In addition to these limited abilities, the Exo suit also allows the player to activate many new perks. The Exo suit really changes the way you play the game, but there are also a lot of other changes that will make Advanced Warfare a unique experience.

In the past, unlocking new gear heavily relied on the leveling system. Sledgehammer decided to change things up a bit with the new Supply Drop system. Supply drops are packs you are randomly rewarded as you play. There are three levels of supply drops: pro, enlisted, and elite. The more you play the game, supply drops will become better and more frequent.

Supply drops greatly change the way you get new weapons. Like in previous games, weapons will be unlocked through leveling up. However, once you unlock the base weapon, there are still a lot of different variations that can be unlocked through supply drops. These variations can change almost anything about the gun, whether it’s the attributes or looks. Due to this new system, there are about 350 unique weapons the game has to offer. In addition to guns, supply drops can also give the player special gear that can be used to customized your soldier.

Soldier customization has been evolving throughout the entire series, but Advanced Warfare takes it further than ever before. With the new create-an-operator system, you can change everything about your soldier. You can change your head, helmet, gloves, eyewear, clothes, and more. This allows you to bring your personality to your character and allows your character to stand out. Obviously, a customizable character wouldn’t be that great if there wasn’t a way to show him off. Fortunately, the new interactive lobby allows you to see the soldier of every player in your lobby, much like Halo 4. Soldier customization is definitely an exciting new addition for some players, but looks isn’t everything.

The soldier customization is cool and all, but what really makes a difference in Call of Duty is class customization. There are more possibilities than ever before with the new pick-13 system. Much like Black Ops II’s pick-10 system, the pick-13 system gives you 13 points to use on your class. Every perk, gun, attachment, perk, etc. you put in your class uses a point, but you don’t have to use everything which would allow you to double up on some features. The pick-13 system really allows you to tailor your classes to your specific needs, allowing you to add or take away any features need or don’t need Unlike pick-10, pick-13 also includes score streaks, which has also greatly changed in Advanced Warfare.

Score streaks themselves aren’t anything new, but Sledgehammer's score streaks seem like a completely different system due to the amount of customization they allow. You can use a pick-13 point to buy a score streak, but after you use the point you can upgrade the score streak without using another point. Instead of using a point, upgrading your score streaks will just make the required score higher. For instance, if you take a streak that requires 500 score and upgrade it, it may take 600 points to get it. After you make your class, you can also hop in the virtual firing range to test your class. The firing range can be accessed from any lobby and doesn’t require a map to be loaded. This allows you to quickly test any class or weapon you want on fake targets before a game starts.

All of the aforementioned changes are relatively new to the Call of Duty series, but there are also some changes we all knew were coming. Just like every other new game, Advanced Warfare features many classic gametypes, but also has some new ones. The returning game types include classics such as domination, team deathmatch, hardpoint, and capture the flag. Sledgehammer is also introducing two new gametypes to CoD, uplink and momentum. Momentum isn’t entirely new as it’s based of WaW’s unique gametype, War. For those unaware, War is much like Battlefield’s conquest. You try to take control of different territories on the map through capture points, so we can assume momentum will be rather similar. In uplink, there are two spheres and one satellite. Each team has their own sphere and you get points by taking your team’s sphere to the satellite. You carry the sphere much like you carry the skull in Halo’s oddball or Grifball and can throw it at enemies or pass it to teammates.

Of course, Sledgehammer is also giving us many new maps to play these game types on. Four of the new maps are Biolab, a close-quarters bioengineering lab; Defender, a Tsunami-prone map underneath the Golden Gate bridge; Riot, a old prison in Baghdad; and Ascend, a space elevator terminal that includes a lot of verticality. Sledgehammer also plans to bring back pipeline, from Call of Duty 4.

Advanced Warfare is arguably one of the biggest titles of 2014, whether you like it or not. It seems to have a lot of people excited, especially those who play competitively due to the focus on eSports. Activision has always done a great job of marketing every Call of Duty making it look better than ever, but it always ends up to be the same grind. Will the game-changing additions make Advanced Warfare different?