The Elder Scrolls Online: Imperial City DLC Out Next Month 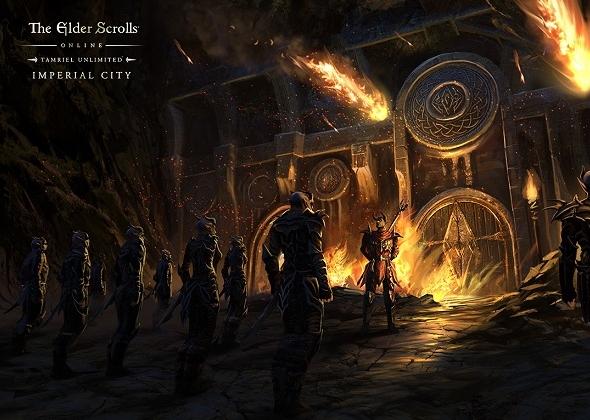 The first expansion for Bethesda Softwork's The Elder Scrolls Online: Tamriel Unlimited was just announced on the game's official website. Imperial City will be available on PC/Mac on August 31st, Xbox One on September 15th, and PlayStation 4 on September 16th. Players on PC and Mac are invited to join an open beta later this month.

"Located at the heart of the Cyrodiilic Empire, the Imperial City has fallen into ruin, claimed by Molag Bal's forces. It is comprised of six Imperial Districts, the extensive Imperial Sewers network, and the White-Gold Tower at its center."

Which means that Imperial City will add new zones for both PvE and PvP, and also new dungeons for players to challenge themselves, located in the Imperial Sewers, the White-Gold Tower and Imperial Prison. If you have the courage and power to venture through these, you will be rewarded with currency, weapons and armor. Tel Var Stones, the currency needed to acquire powerful Veteran Rank 16 armor sets can be won here by fighting Molag Bal's personal guard, the elite Xivkyn, and other invaders from Coldharbour. You have to be careful though, if you are killed by other players they can rummage through your inventory and steal your hard earned loot.

The DLC will be available in 2 versions, the full Imperial City DLC game pack is free for ESO Plus members and costs 2,500 crowns for non-members. The second version of the DLC is more of patch and comes, to no big surprise, free of charge. The content in this one is limited to a Veteran Rank level cap raise and a lot of game balancing and reward tweaks. For all the details, check out the official announcement here.

Anyone excited to explore the sewers of Imperial City?