The Division Will Have A Second Year Of DLC 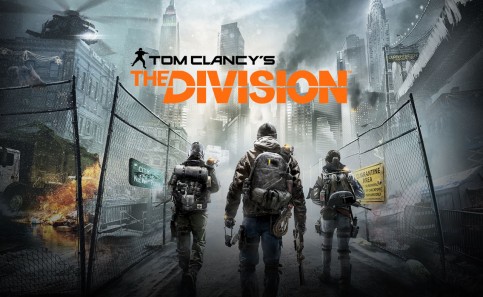 ​
Ubisoft's post-apocalyptic shooter The Division launched one year ago today. It was an up and down year for the game, as the launch was strong, but players dropped out due to lingering issues and a lack of reasons to keep playing. In response to this, Ubisoft delayed some of The Division's paid expansion packs, saying it wanted to address the problems before asking people to pay for more content.

It seems Ubisoft's efforts paid off, as The Division saw a massive spike in daily active users (up 150 percent) for the company's latest quarter. Now, with The Division's final expansion, Last Stand, released in February, Ubisoft is looking to the future and a second year's worth of content.

Game director Julian Gerighty tells GameSpot that Ubisoft is planning two "major" free content updates for Year Two. New features are coming as well in the form of the "most-awaited loadouts, more achievements to collect, and The Division's take on a "seasons" format.

"We want to give our players new ways to challenge themselves, play in different ways, and give them means to compete with others in various activities," Gerighty teased.

That's all we know for now, but Ubisoft promises to share more details on what's next for The Division soon.

GameSpot's full interview with Gerighty covers a number of subjects, including how The Division is a "comeback" story, learnings from Year 1, why criticism is important, what his hopes are for Year 2, the possibility of a Nintendo Switch version, and a lot more. You can read the full thing below.

GameSpot: The Division is one year old today. The ups and downs of that year have been well-documented. In one word, how would you describe the first year?

Gerighty: I would love to have more than one word to describe the amazing journey of working on a project such as The Division, but for the purpose of this exercise I would say that it is the story of a comeback.

In as many words as you want, how would you evaluate the game's first year?

We started with a very successful launch, as bestselling new IP and we have proposed a very compelling universe. When we entered our post launch we realized that our community was not satisfied with the experience in the end game. We made the very difficult decision to put our post launch plans on hold to take the time to listen and work on their feedback, in order to provide them with the experience they wanted for the end game of The Division.


"When we entered our post launch we realized that our community was not satisfied with the experience in the end game." -- Gerighty
​
Looking at the feedback from the community on 1.4, Survival and now Last Stand, we are very happy to have changed the way we work on our DLCs. Focusing on iteration and quality, with more testing time and also with the PTS, that we started to run with 1.4 and really helped us raise the bar in term of quality. Being part of such a big project with a very passionate community is a great opportunity, it’s both really exciting and humbling. We have all learned so much in this first year that we can’t wait to see what we will be able to achieve in the future.

What are some specific pieces of feedback about Year 1 that you want to address going forward with Year 2?

The content we designed in Year One brought us the foundations to build on in Year Two, and the learnings we had with our 1.4 update will certainly stick with us moving forward. We want to give our players new ways to challenge themselves, play in different ways, and give them means to compete with others in various activities.

For as much criticism as The Division received, there is no question it was a huge hit commercially. It seems like it will be Ubisoft's next big franchise. There can sometimes be a disconnect between what you read online and what you know to be true about your game. How do you manage that disconnect?

I wouldn't identify criticism and commercial success as a disconnect. The Division has a fantastic, very engaged community, who has been following us for years, supporting us in every step of the way and waiting for the release of the game. Such a big project generates high expectations as well.

Criticism is very healthy for a live game in particular and is a sign that our game has found a truly passionate audience, who really care about how the game is evolving and what choices the developers are making for the future of their cherished hobby.

You released some of the biggest and boldest patches in recent memory for any game, and you delayed DLC in some cases to make the game better. That doesn't always happen in games, since it also means delaying revenue. Can you talk more about why was it important for you to get the game's issues ironed out first before releasing the Survival and Last Stand DLCs?

We listened to our community feedback and realized that the core mechanics of the end game were not working as intended, and were very frustrating. Each of our DLC added new features, game modes and gear that changed the balance and economy of the game and it was time to pull the break, look back at where we were at, and improve on the core of the game and its overall quality, in order to open the way for even more new activities, with Survival and Last Stand.

It was a difficult decision to make as we were all pretty excited at the idea of working on Survival back then. This decision wasn't driven by revenue, we are gamers ourselves and we want to be proud of our work. We all agreed that it was better for the game, the community and even our own satisfaction as developers to delay the next updates to focus on the current state of the game. At the end of the day, we all love great games.


Looking ahead to Year 2, what are you hoping to achieve this year and what can fans look forward to in terms of new content or features?

Year One brought the foundations to a very strong end game, our intention with Year Two is to build up on what we do best to deliver experiences that our players enjoy and will be able to play and replay with their friends or in solo. In Year Two we are planning two major free content updates, more content for everyone. For now I can give you a quick peak on features like the most awaited loadouts, achievements and on our own take on seasons. We will reveal more content and features as we progress further in the development of our next updates.

Is there an update on player figures you can share that speak to how popular The Division remains today?

Since launch, players have spent over 100,000 years on The Division! There is an extremely high engagement on The Division. The average player plays several hours a day on the game. We are proud to be a part of their everyday life and this is also why we want to continue to provide them with fun and rewarding experiences.

The fact that there is a Year 2 for The Division instead of a full sequel might surprise some fans. When you created the massive world for The Division, I have to imagine a sequel was also planned. Is that something that could still happen?

All we can say is that we have a full team dedicated team to The Division and we are going to be busy for a long time.

One of the most exciting new platforms this year in the Nintendo Switch. Is there any hope that The Division could come to Nintendo Switch? Why or why not?

At this moment in time, no decision has been made in regards to bringing The Division to other platforms.

Sort of a housekeeping question, but with Massive's newly announced Avatar game, how is that impacting ongoing development of The Division or other projects that might have been in the works?

Avatar is a new project with its own dedicated team, and Massive is currently recruiting top talents to work on it. Avatar's development has no impact on the team working on The Division or on our plans to continually support and update the game and brand for the long term. We’re proud of what the team has accomplished with The Division, thankful for our community’s dedication, and looking forward to sharing more about what’s coming next for the game very soon.

The Division and Avatar are obviously incredibly different properties, but I would imagine there could be some crossover potential in terms of learnings that developers from one project can share with those on the other. Is that the case?

Absolutely. And that is the great thing about working at a place like Ubisoft. Sharing our development experiences within the studio and across different studios is one of our strengths.

A movie based on The Division is in the works and it has some serious talent attached to it with Jake Gyllenhaal, Jessica Chastain, and now writer-director Stephen Gaghan. How closely are you working with the movie team? And what kind of upside do you think there could be for how this film could grow the series?

Ubisoft’s internal studio--Ubisoft Motion Pictures--is working to develop the film and have put together a great team. They are collaborating with us to make sure that everyone involved in the project has a full understanding of The Division's DNA and what helped make its lore such a success. And we will continue to work with them as a resource throughout all phases of production.

We’re excited that the film will be able to introduce a new audience to the world of The Division as well as tell a brand new story meant to be experienced on the big screen.

Anything else people should know about The Division and Ubisoft's commitment to it this year and beyond?

The Division joined the group of Ubisoft's and of the industry’s biggest new IP, and we are working on the exciting plans for the future of the brand.