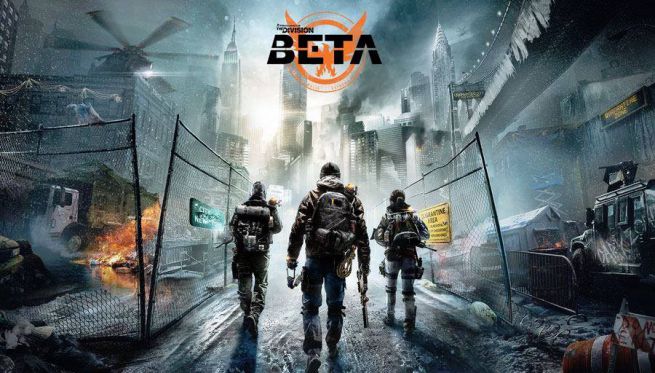 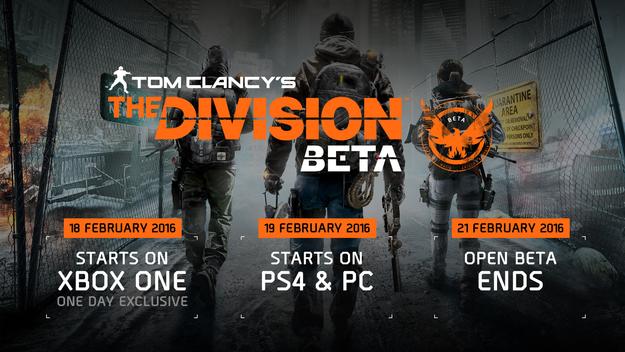 With the release of what can only be described as one the most highly anticipated games this year, gamers all around the world were eagerly waiting for the announcement of an open beta for The Division. The wait is now over. Get ready to explore the pandemic ridden streets of Manhattan New York in the Tom Clancy’s The Division open beta. Ubisoft has finally announced the release date for the upcoming open beta, which will take place on the 19th-21st of this month. Gamers on the PlayStation 4, Xbox One, and PC will be able to pre-load the beta on the 16th. All Xbox One owners will be receiving exclusive 24-hour early access to the beta which will be accessible to them on the 18th.

The open beta will include a brand new story mission for players to enjoy, along with an in-game reward for the full game for participating in the beta. The story of The Division will follow the events after a pandemic devastates New York City in a matter of days. A special group of tactical agents who call themselves The Division, are trying to save the city by investigating the source of the virus, and trying to prevent society as a whole from reaching the point of no return.

Also released today was the Enemy Factions trailer for The Division. In the trailer, you’ll get a quick look at the different enemy factions you’ll be facing in the game. The first faction are the Rioters, a group of people who believe the city belongs to no one, and have a strong “ever man for himself” mentality.The group believe only the strong will survive in the disease-ridden New York City, and all the weak will perish. The second group are the Rikers, a group of hardened criminals who escaped from Rikers Island and believe they now own the city. The kill whoever they want and steal from whoever they wish to. Equal and savagery and insanity are the Cleaners, a group of gas mask-wearing men armed with flamethrowers who believe every trace of the disease that crippled the city must be burned away by any means necessary, and at any cost. Last but not least are the Last Man Battalion. An impromptu army of sorts, the LMB believe freedom and liberty no longer exist in NYC. They aim to bring back order to the chaos-ridden streets by becoming the law, and will not only wipe out any criminals who stand in their way, but anyone who opposes their extremist views. Are you ready to take these enemy factions on?

Tom Clancy's The Division will release on March 8, 2016 for Xbox One, PlayStation 4 and PC.