The Console Market Appears to be Significantly Decreasing 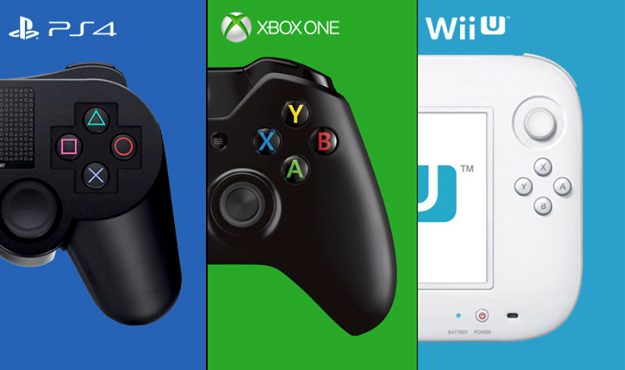 A couple of days ago, Sony made an announcement that a total of 6 million PlayStation 4 units have been sold since its release. On the other side of the console war, roughly 4 million Xbox One consoles have been sold since its release. Both of the aforementioned consoles were released in late November, 2013. Although the PS4 is has thus far outsold the Xbox One, the larger matter at hand is that neither of said consoles are selling relatively well when compared to previous generations of flagship consoles. Because of various factors, it would appear as though the console market is shrinking.

To elaborate, when examining console market sales statistics from market researcher, NPD, the past looks much prettier than the present. The last generation of flagship consoles before the PS4 and X1 launched during the 2006 holiday season. NPD data for sales in North America for January 2007 included the Wii, 360, PS3, PS2, NDS, PSP, GBA, and GBC consoles and carried totals of almost 2 million sales. Jumping ahead to January 2014, the total sales tallied up to around 700,000 and included the PS4, XB1, 3DS, PS3, Wii U, 360, and Vita consoles. It should be noted however, that not all of the statistics for January 2014 are completely accurate as much of this data is obtained through leaked NPD subscriber data. These slightly inaccurate statistics are the result of the NPD releasing slightly different figures over time in order to sniff out who exactly is leaking data. Nevertheless, even with some of the 2014 sales being underestimates, there is a huge market difference between flagship console sales in January 2007 and January 2014.

When looking at the specific statistics of sales, (see source 1) the notion can clearly be made that the difference in sales between the Wii and the Wii U is very large. However, when examining other consoles, the console market generally is not making sales like it used to. When comparing the Xbox One's sales to those of the of the Xbox 360, the X1's sales look relatively inadequate. Going further, it should be noted that the PS2 was having better sales than the PS4 was when comparing the two consoles in corresponding points in their sales cycles. Some may make the argument that PS4's sales may not compare well to its previous generation because its launch in its home market was not until mid-late February, 2014. However, it was pointed out by Japanese market researcher, Media Create, that PS4 sales in the console's second week since launch were less than both PS Vita sales and Wii U sales in their second week post-launch in Japan.

Besides console-specific statistics, other factors can be used an in argument to say that the console market is contracting. For example, games on the new generation of consoles are evidently becoming more expensive to develop. Adding to this difficulty is the fact that less consoles are being sold when compared to older generations and thus less games are sold. When less games are sold companies are forced to lay off their employees. It should be noted that companies in such situations are not necessarily small companies. For example, despite Bioshock Infinite selling more than 4 million units, Irrational Games was unable to stay in business. One other notable dependency at play here in console market contraction is the fact that previous generation console sales are much lower when compared to those of earlier generations. For example, when the Xbox 360 and the PS3 came out, original Xbox, PS2, and GameCube sales were still at fair values. On the other end of the spectrum, however, are the sales of Xbox 360's and PS3's when the Xbox One and PS4 came out. In other words, older consoles stayed in part of the limelight longer and more prominently than their current equivalents.

Some may choose to take things even further by noting mobile devices and PC gaming as factors which are causing some harm to the console market. For example, mobile devices often come out with new hardware each year and, along with casual-gaming franchises, cause some mild gamers to sooner get a phone to game on as opposed to a console. Going further, it is undeniable that PC hardware is outperforming console hardware; this causes hardcore gamers who are looking for the best gaming experience (including graphics and frame-rate) to be less likely to settle for gaming on a console. All in all while casual gamers are flocking to mobiles and hardcore gamers are heading to PC's which outperform console GPU's, this leaves consoles in a tight position.

Perhaps the most troubling for consoles is the possible shrinking range of choice when it comes to game titles. Some will argue that the days of games coming in small, medium, and flagship sizes are gone. In other words, the gaming industry has narrowed game development, perhaps involuntarily, to a focus on "blockbuster" titles. These titles are even becoming less in number and are often sequels from previous titles. Sure, there may be some new features, but there is usual some formula each title follows, to which some dedicated fans are glad to be acquainted with. Because these larger, "mainstream" titles require a great cost for development and support, only a certain amount a year can be made by even larger companies. With less of a choice for gamers as a result of shrinking game title-size variety, mostly dedicated fans of big-name consoles will be the only ones looking to spend around half a grand on a console.

Undoubtedly, if the aforementioned factors are all at work, such a market for consoles cannot survive forever. Nevertheless, some may dissent to these factors pointing out that the current generation is still very new and improvements could come. Some may also make the argument that with the recent increase in Indie developers being licensed and hired, a good variety of titles will be available and gamers will have a good incentive to invest in a console for recreation. Regardless of which way the console market is heading for sure, it should be given attention. Just last week, Sony laid off its U.S. PlayStation chief, Jack Tretton, who has been involved with the company for over 20 years. Going further, Sony recently announced staff cuts possibly amounting to 25% of its North American Studio's (Sony Santa Monica) workforce. On the other hand, as opposed to closing studios, Nintendo has actually built a new development building very similar in appearance to its headquarters. Because of this, rumors are beginning to circulate that former members of Sony Santa Monica and Irrational Games may go to try to work for Nintendo. Although this is unlikely, an essential question remains. Can the current console-market shrinkage/contraction be handled over time, or will it lead to a crisis and/or possibly a disaster?