The Binding Of Isaac: Rebirth Heading to Xbox One and Nintendo Consoles 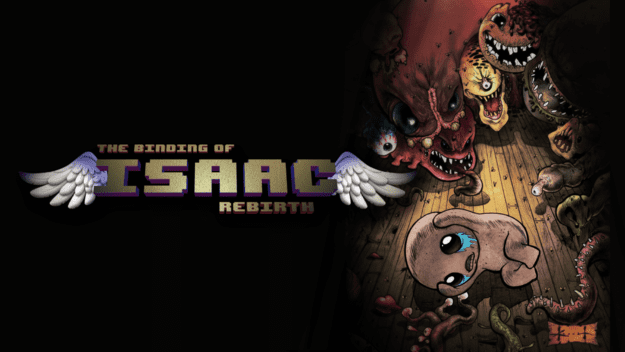 The Binding of Isaac: Rebirth is heading to consoles soon, according to developer Edmund MCMillen's latest blog update. The top down rouge-like dungeon crawler was originally named The Binding of Isaac and released in 2011, developed as a side project by McMillen after finishing Super Meat Boy with his co-workers on Team Meat. He never expected it to be much of a hit, since it is somewhat of an acquired taste touching upon religious aspects normally frowned upon and despised by society. A mother trying to sacrifice her son in the name of the Lord is not your usual game theme.

The original was, as the developer expected, no instant hit. But over time it has managed to acquire a cult like base of fans, dedicated players with hundreds of hours played. With over a million games sold, the small side project grew into something bigger, and with a big DLC, Afterbirth, due for release in the near future it is safe to say it has grown into a full time job. The upcoming DLC will bring another couple of hundred hours of gameplay, an equal amount of new items to play around with and be a nice addition to the release on the new consoles.

The Binding of Isaac: Rebirth is a remastered version of the original, made for the game to expand its reach with a release on PlayStation 4 and Steam in 2014. However, a release on any of Nintendo's consoles was never expected to happen at all, as the company has very restrictive rules regarding what content they accept in their games. But luckily for fans world wide, McMillen managed to convince them to allow an uncensored version of the game to be released:

"The short simple answer is we were very persistent and had a few big fans at Nintendo that helped with our pushing."

So sometime "soonish", The Binding of Isaac: Rebirth will be available not only on PC, Mac, PlayStation 4, PS Vita, and PS3 but also on New Nintendo 3DS, Wii U and Xbox One. Unfortunately, it will not be compatible on 3DS or the 2DS.

Are you brave enough to face the challenge that is The Binding of Isaac?

Thanks to Red for yet another topic.