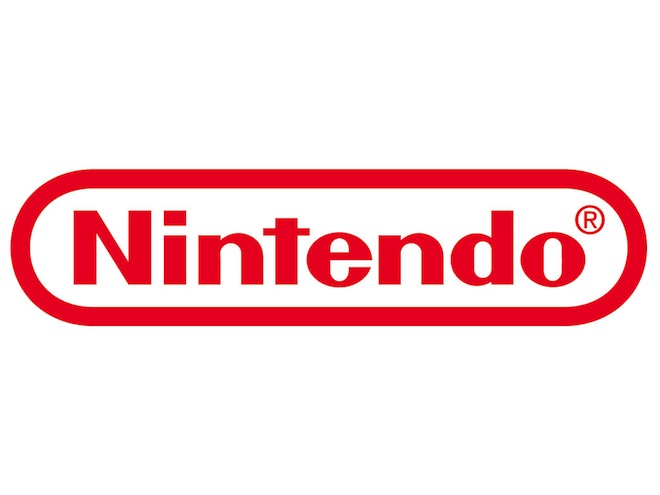 ​
The Best-Selling Nintendo Consoles Of All Times

Nintendo has released 12 consoles over more than three decades, but they haven't all been hits. It's been 11 years since the launch of Nintendo's last true smash, the Wii.

Will the Switch live up to its hype and become one of the most important consoles of the century? The early numbers are in. Here's how the Switch ranks, in terms of sales, against Nintendo's best (and worst) consoles.

Nintendo regularly releases up-to-date sales numbers of its current generation games, including those on the Wii, Wii U, DS, 3DS and Switch. When that information was available, it was included.

Let's start at the top. After 15 years of the revolving door of Game Boy releases, the DS broke new ground as the first handheld console to feature Wi-Fi connectivity, an on-board microphone and dual screens. The DS also came in six basic colors, with too many special editions to count.

3D characters on a throwback 2D background give a unique-yet-classic look to this best-selling game (30.8 million copies!) on the best-selling Nintendo console.

The story is familiar: Bowser kidnaps Peach and our heroic plumbers are tasked with rescuing her from his spiky, reptilian capture.

Nintendogs is the way Gen-X moms and dads satiated their children's desire to adopt a pet while preparing them for the real thing. Wash, walk and play with your digital dog until the batteries on your DS run out.

Nintendo created the handheld gaming console market when it released the Game Boy in 1989. The real magic of this medium, in terms of pure sales numbers, is that parents of siblings couldn't buy just one.

And then, when Game Boy Color came out, parents had to buy yet another.

Nintendo bundled Tetris with Game Boy consoles, making the maddening brick-stacking game a household name by the late '80s. The game became so popular, across pretty much every device with a screen, that it even has a neurological phenomenon that shares its name.

Originally an arcade game, this black and white gaming classic filled time on road trips for gamers of a certain age. Most of that time was spent trying to master steering the god forsaken bike relative to the game's unusual cabinet perspective.

The Wii seemed like the future of the Nintendo brand when it hit the shelves in 2006. The Wiimote controller encouraged a lot of wild flailing and limb swinging (and furniture smashing), while forcing game developers to completely rethink the video game user experience.

With a stunning 82.81 million copies sold, Wii Sports is the best-selling game in Nintendo history primarily because it was bundled with the Wii. But it's still fun for all ages--plenty of nursing homes use the game as a form of low-impact exercise to this very day.

Playing Mario Kart with a Wiimote mounted in a steering wheel was a gimmick that totally worked. It sold a total of 36.95 million copies.

This was the handheld console that turned Nintendo's handheld game sideways... literally. The buttons moved from the bottom to a slightly more ergonomic location on either side of the screen.

Handheld Pokemon games have always been huge sellers for Nintendo. Ruby and Sapphire introduced double battles and multi battles to the Pokemon repertoire.

If it ain't broke, release a game that is admittedly similar to its predecessors. Improvements in gameplay and design and a new batch of characters were more than enough to solidify this among the most memorable games for the GBA.

Nintendo certainly made a splash with its first U.S. voyage into at-home video game consoles. The OG grey box with the cartridges you blew into was, at the time, a revitalizing force in the tanking video game industry.

If you didn't spend the latter half of the '80s playing this game, you were doing it wrong.

From the iconic Zapper gun to the floppy-eared dog that pops up throughout the game, Duck Hunt served as a stalwart b-side to the best-selling Super Mario Bros.

Nintendo announced the successor to the DS at E3 2010. After disappointing sales numbers for the first six months after it was released, Nintendo opted to significantly reduce the price of the 3DS, giving the console the boost it needed.

Pokemon X and Y are the first Pokemon games to have 3D polygonal graphics (and a 3D gameplay experience). The connectivity of the 3DS allows players to easily initiate battles with others, including strangers, online.

Another Memorable Game: The Legend of Zelda: A Link Between Worlds

Early '90s nostalgia meets 3D in this successor to the hit 1991 Super NES title, A Link to the Past. Both games are widely praised.

The 16-bit Sega Genesis was released a year ahead of the Super Nintendo, giving Team Sonic a huge head start. But Nintendo made up the difference in sales and then some, to the tune of approximately 18 million game systems.

Mario and Luigi take a vacation to Dinosaur Land and end up spending the whole time working to rescue Peach (again) from Bowser's castle. This game introduced Yoshi to the masses.

Arguably the hottest sports title of the 1990s--on fire, if you will--NBA Jam earned Midway over $1 billion in arcades alone. The SNES port proved popular too, especially given how easy it was to pick up and play.

Fun fact: You can play this port of the arcade classic as President Bill Clinton and FLOTUS Hillary Clinton.

An entire generation of game nerds (and laymen alike) spent a fair amount of their childhoods with this console, saving their pennies for rumble packs and singing along to the Tony Hawk's Pro Skater 3 soundtrack.

Popular though it was, the console was still wildly outperformed by its contemporary, the Sony PlayStation.

In 1996, Mario triple-jumped into a new era of 3D gameplay. This was the first Super Mario game to utilize complex 3D worlds instead of the linear scroll format. Ya! Woohoo! Whoopie!

It is pretty astounding how well this first-person shooter, featuring James Bond combatting Russian spies, holds up. We recently named it one of the hottest games of 1997.

The GameCube was the first Nintendo console to use optical disks as its storage medium. The mini-disk format (which made it incompatible with DVDs and audio disks) and lack of backwards compatibility with other eras of Nintendo games prevented the GameCube from becoming a top-selling console.

The graphically superior younger brother of the original Smash was described by GameSpot's Miguel Lopez in 2001 as "Nintendo's tribute to itself." And that's honestly what Melee is. It has a seemingly endless supply of secrets, hidden Easter eggs and 11 new characters you must unlock through gameplay.

Another Memorable Game: The Legend of Zelda: The Wind Waker

Though few people invested in the GameCube, Wind Waker is widely considered to be one of the best Zelda games of all time.

This was a console that never reached its potential. The touch-screen controller was too big and too tethered to the stationary machine to make much sense. It was a gimmick that didn't really pan out.

Mario Kart 8 combines a fun core racing experience with beautiful HD graphics. It makes sense that almost two thirds of all Wii U owners--8.31 million--invested in the game.

Rated a perfect 10 in Mark Walton's GameSpot review, this action game sees its titular character traveling to the Gates of Hell to save her friend Jeanne. The soundtrack features dynamic music during boss battles which swells and falls based on the action onscreen.

The Switch, the baby of the Nintendoverse, is on-pace to be a sorely needed hit for the gaming giant. It sold 2.74 million consoles in its first month, becoming Nintendo's fastest-selling console ever.

Nintendo projects to sell between 5 and 7.2 million consoles by the end of 2017 and 10 million units by this time next year.

Best-Selling Game: The Legend of Zelda: Breath of the Wild

With 2.76 million sold (and counting), Nintendo sold more copies of this game than it did actual Switch consoles in the spring of 2017.

Snipperclips is the best-selling digital download game for the Switch. It's a cooperative puzzle-solving game that challenges players to snip their sentient paper characters into various shapes to solve puzzles.

Last, and certainly least--the Virtual Boy is the worst-selling Nintendo console ever. It was discontinued less than a year after its 1995 launch because it was giving people headaches.

Mario Tennis was bundled with the Virtual Boy console. Mario Tennis, like the rest of the Virtual Boy games, didn't have the ability to save. Considering the poor battery life, even for 1995, it was pretty much impossible to make any meaningful progress in this game.

If Waterworld weren't already synonymous with a serious lack of ROI, there was also a Waterworld game released for Virtual Boy (along with PC and SNES).