Be you some one that goes on the internet to view reviews of games, or someone to laugh at a video made by a Russian shooting guns, if you have spent 5 minutes browsing the wide range of retro video game reviews, then you most likely know who the Angry Video Game Nerd is. For the uninformed out there, let me fill you in. The Angry Video Game Nerd, or AVGN for short, is a character portrayed by a man named James Rolfe. This character has reviewed some of the worst games ever made, like Superman 64, Ghostbusters for the NES, the Atari porn games, and much more. 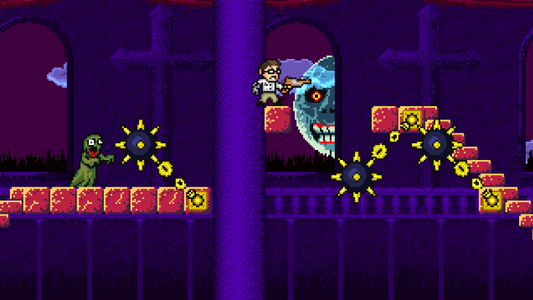 Because of the level of fame that the AVGN has managed to reach, people started to make games based around the character of the Nerd. He has covered some of these games in a video on his channel that is linked at the bottom of the article. The one that we will be focusing on today is The Angry Video Game Nerd Adventures, a PC game that is a 2D side scrolling run and gun, much in the style of the NES Megaman games. 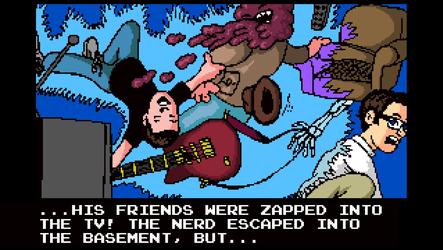 Story/Plot
The story starts out referencing an opening to one of the games the Nerd has made a video on. The opening starts out in with a slide-show of the Nerd and his friends playing a game when suddenly, his friends are sucked into the television, while the Nerd escapes the vortex by retreating to the basement. However, much to the Nerds displeasure, a hand reaches out of the basement's TV and yanks the Nerd into Game Land, a mash up of all of the games the Nerd has played in the past. 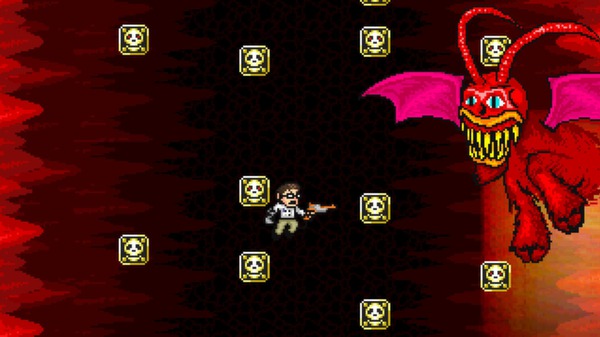 Gameplay
As I mentioned before, the game has similar gameplay to the Megaman franchise being a "Hard but fair" styled platformer. The platforming and shooting are both executed rather well, with the Nerd controlling very well if you have a 360 pad plugged in. Unfortunately the controls on a keyboard aren't very user friendly, and considering that this is a PC game, you would have thought that the keyboard would have been prioritized as the main method of control. 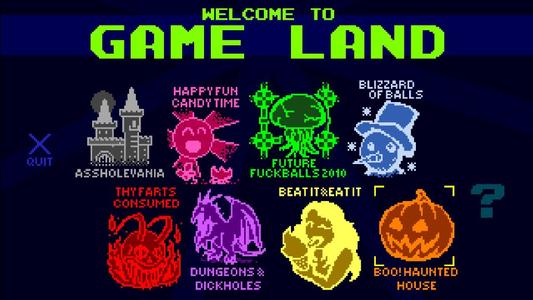 The Levels
The game has only 9 levels in total, with all of them having different references to games that have been reviewed by the Nerd. All of the levels, while having a different colour pallet, feel the same. There is nothing in the game that doesn't get repeated over and over for each level, making the game seem a bit like a chore to get through on the higher difficulty's. While the game does throw in some references to other YouTubers, and give you one item to find in every level, the game is rather short, taking only a few hours to beat.

Thoughts
Is the game worth a purchase. In my opinion, not really. While there is no real replay value, and there is a lack of variation in the gameplay, the game will keep you entertained for a few hours if you want to find everything and complete it on the highest difficulty. For a PC game it's extremely limiting on the settings it gives you. Going into the settings option from the menu will take you to one choice, clear all data, and that’s it. There are no options for a windowed mode, or for resolution size. The one major positive that I can find in the game is that the music is mentally good. If you are a fan of the old 8 bit music style, then definitely check out some of the music from in game. The final thing I will add to this is the price of the game. For what the game is, it's not worth the £6.99 ($9.99) price tag because of the lacklustre and repetitive gameplay. If you are interested, then there is a link to the steam page below.