The 25 Greatest Things About To Happen To Your Nintendo Switch 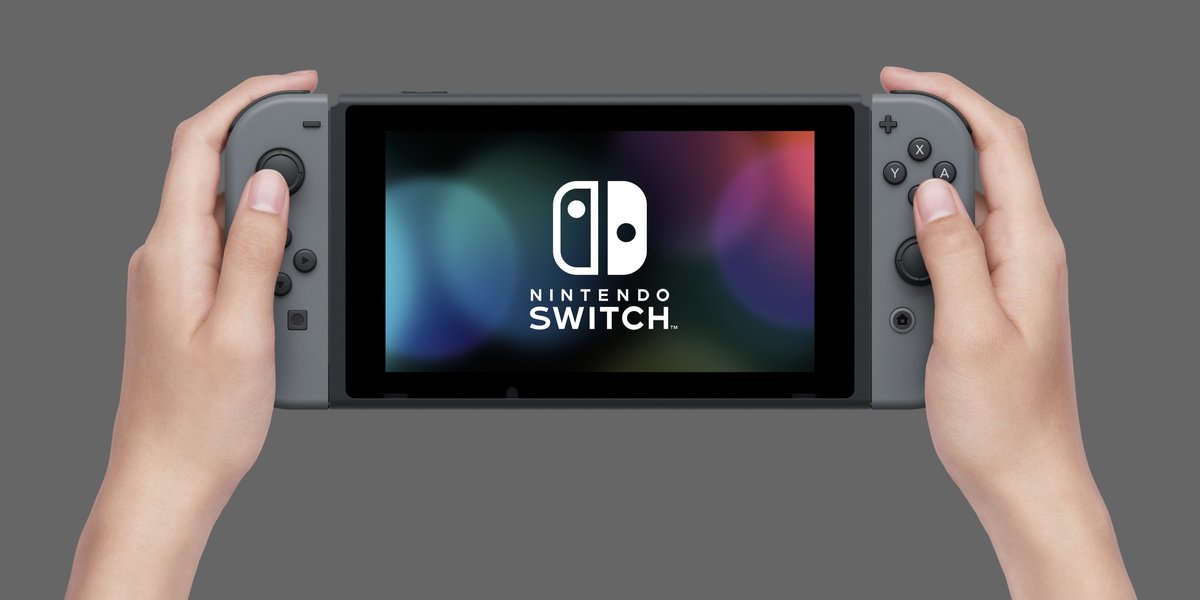 Mario as a T-Rex? Yes please! Mario's latest adventure for the Nintendo Switch offers a new type of open-world-esque adventure where our mustachioed hero can possess the bodies of his enemies.

Get your ink on when Splatoon 2 launches for the Nintendo Switch on July 21, 2017.

Nintendo gave fans an extended look at this open-world, sci-fi RPG at E3 2017. In the game, all-new characters Rex and Pyra join together in search of paradise.

Ubisoft's Raving Rabbids franchise is getting a big makeover for its debut on the Switch. This turn-based, tactical RPG tasks Mario and friends with defending the Mushroom Kingdom against a rabbit menace.

This yet-to-be-titled game trades the soft textile look of Woolly World for a handcrafted paper look. Each stage has two sides--a front side and a rear view. This means uncovering all of the game's secrets will take a lot of exploring. (And egg-flinging.)

This game is due for the Nintendo Switch sometime in 2018.

Nintendo's tough pink puffball is getting a new multiplayer adventure on the Nintendo Switch. The game requires teamwork with your real-world friends or recruited in-game enemies. It also has plenty of awesome new abilities to be inhaled.

Kirby (working title) is expected to launch sometime in 2018.

Sonic fans rejoice: The speedy blue hedgehog is about to get a brand new adventure. The game mixes two-dimensional platforming with some 3-D elements, and allows you to create a custom playable character.

Keep an eye out for this one sometime later in 2017.

Great news for Amiibo collectors: Nintendo has some really cool new statues planned for the coming year. This dapper wedding party will have yet-to-be-announced functionality with Super Mario Odyssey when it launches.

There are some rad new Metroid Amiibo coming this year, as well. We're particularly excited over the squishy, eponymous alien breaking out of its glass capsule. A new Samus Aran Amiibo in the classic Metroid II pose is also due.

The new Amiibo will add functionality to Metroid: Samus Returns, which arrives on the 3DS on September 15, 2017.

Created by famed Sonic retro-scenester Christian "Taxman" Whitehead in conjunction with Headcannon and PagodaWest Games, Sonic Mania is a pixelated 2-D adventure with new zones plus remixes of classic stages.

This Sonic "passion project" drops on August 15, 2017 for the Nintendo Switch, PS4, Xbox One and Windows.

One of the best RPGs of the decade is getting a port to the Nintendo Switch. The title makes good use of Joy-Con motion controls and includes all three major expansions: Dawnguard, Hearthfire and Dragonguard.

The game is slated for a Holiday 2017 release.

One great feature of the Switch Skyrim port: It works with your existing The Legend of Zelda: Breath of the Wild Amiibo, allowing you in-game access to the Master Sword, Hylian Shield and Champion's Tunic. Very cool.

Multiplayer eSports favorite Rocket League is coming to Switch! The game--essentially soccer played with cars--allows for cross-platform play with Xbox One and Windows players.

The game is slated for release on the Nintendo Switch in Q4 2017.

Story-heavy action game Fate/Extella: The Umbral Star is getting a port to the Switch, as well. Originally released for the PS4 in January, the game pits you and your spirit servants against massive numbers of enemy hordes.

Fate/Extella: The Umbral Star will include all 35 previously-released paid DLC costumes, and the option to hear its original Japanese dialogue. It arrives on Switch July 25, 2017.

The Master Trials is the first DLC pack for Breath of the Wild. It adds a new hard mode, a Hero's Path mode that shows you exactly where you've explored, new armor and a 45-room Trial of the Sword. Once completed, the trial permanently powers up your Master Sword.

The second DLC pack, The Champions' Ballad, adds a new dungeon, an original story and "even more new challenges." It will be available as part of the Expansion Pass that also includes access to The Master Trials.

The Champions' Ballad is due Holiday 2017.

Timed for release with Breath of the Wild DLC Pack 2, Nintendo will be releasing Amiibo versions of champions Mipha, Daruk, Revali, and Urbosa, each with in-game functionality.

These new Amiibo will be available Holiday 2017.

In one of the biggest shockers of E3 2017, Nintendo confirmed that a brand new Metroid Prime game is in development for the Nintendo Switch. It'll be the first game from the Prime franchise in over 10 years, created by a new development team.

A release date has yet to be announced.

Developed by the same team that created Hyrule Warriors, Fire Emblem Warriors is a strategic hack-and-slash combat with what Nintendo calls "over-the-top-powerful Dynasty Warriors-style moves." Expect new characters and plenty of old favorites such as Marth and Chrom.

The game launches on Nintendo Switch and the 3DS in Fall 2017.

No official release date has been announced.

Nintendo's great Tekken-like Pokemon fighter is getting a port to the Switch. While the Wii U version offered 16 Pokemon to battle with, the Switch version has 21, including Croagunk, Empoleon, Darkrai, Decidueye, and Scizor.

Pokken Tournament DX launches for the Switch on September 22, 2017.

At E3 2017, Nintendo announced that Game Freak is working on a new "core RPG" Pokemon game for the Nintendo Switch. Unfortunately, that's all we know about the game, save for the fact that it "may not release for more than a year."

Nintendo's version of FIFA 18 doesn't run on the same engine as the PlayStation 4 version. But GameSpot's Oscar Dayus says it's still "fairly feature-rich and as competent a FIFA port as you could realistically expect on Switch."

The game launches across all major gaming consoles on September 29, 2017.

Midboss's LGBTQ-inclusive cyberpunk adventure, 2064: Read Only Memories, is a point-and-click game inspired by the Sega classic Snatcher. You play a struggling journalist who teams up with an adorable, sentient robot named Turing to find its kidnapped creator.

The game, currently available on Steam and PS4, is expected to arrive on Switch sometime in 2018.