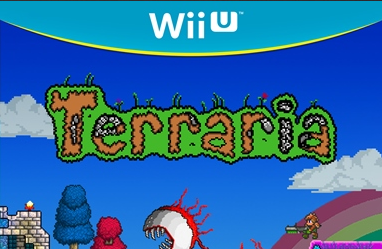 After its PC release in 2011, Terraria has made its way to several other platforms. You will find ports of the game on Xbox One, PlayStation 4, Xbox 360, PlayStation 3 and PlayStation Vita as well as on iOS, Android, and Windows Phone. Rumors of a Wii U and 3DS release for the massively popular 2D sandbox game surfaced as far back as in January, after retailers started to add them to their listings. But there has been with no word from official sources until now. Yesterday, an official announcement was made on the Terraria forums:

"505 Games and Re-Logic are proud to be able to finally - and officially - confirm that Terraria will indeed be coming to the Nintendo Wii U and 3DS platforms!"

Both New 3DS and the regular 3DS will get the port, and cross play between the two will be supported. There might be some limitation in the content on these compared to the Wii U, as the announcement states: "3DS is less powerful than even a basic smartphone, and the lower screen resolution presents a challenge. Of course the two screens are also a massive opportunity, and one we will exploit to the full."

According to 505 Games Community Manager, Justin Reynolds, the ports will have new control layouts to support touch screens. "Both the 3DS and Wii U versions will feature intuitive touchscreen controls, allowing Terrarians to reach directly into the world for the very first time to fashion elaborate structures and fight off enemies with fingertip & stylus control."

Multiplayer will also be featured, both local and online, allowing between 4-8 players in a session. The 3DS will have local 4 player, while the Wii U will have online multiplayer for 8 players. The Wii U version will also have 4-way split-screen for local players, controlled by Wii Remotes.

There is no set release date as of yet, but it is official that the game will be out in early 2016. The 3DS version will be playable at Nintendo's booth at GamesCom next week, so make sure to stop by if you would like to see what the game looks like hands on.

Anyone looking forward to trying Terraria on their Nintendo Wii U or 3DS?