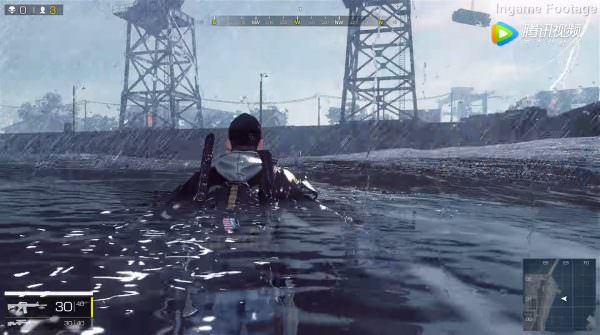 Tencent, the Chinese tech firm responsible for acquiring the rights to publish PUBG in China, as well as attempting to buy PUBG developer Bluehole, has unveiled the curtain on a PUBG rival that seems to add some interesting features to the battle royale style genre in its new free-to-play game titled Europa. Europa is a battle to the death between 100 players, with only one winner that features destructible environments (including lights, concrete walls, and ways to eliminate opponents using your environment), underwater exploration, and vehicles which add a new frontier to the game by taking the fight to land, sea, and even the air. Europa's beta is set to start late December with the full game set to be released in 2018.

This game seems to be a new innovation in the genre, where many have tried to copy PUBG in what they do well, Europa seems to take the concept and expand upon it to incorporate more content and viable combat options into its game. As seen in some pictures on the game's steam page here, the dynamic weather system the game has will definitely turn the tide of battle in-game compared to the static weather conditions found in PUBG. Along with that, the destructible environments added to the game seem to be quite an immersive experience and also can offer a good variety of strategies when approaching a combat situation. Take out the lights and hide in the shadows to eliminate your opponent before they know what hit them or mow down the cover they are hiding behind with a small display of shock and awe the likes of which the gaming world has never seen, the options are endless.

Some smaller features such as Thermal Vision are seen in the official gameplay trailer below at 0:48 can also alter how players take out their foes in different environments, making for a wide range of options for combat. Adding to that in the final display of innovation for the genre is it's vehicles. There seems to be a focus on vehicle travel and combat as we see a multitude of gliders, boats, and even a few scenes with a machine gun-mounted Humvee in the mix of things.

With what seems to be a bit more of a sprawling and dense map than PUBG, given the 100 player count as it stands currently, Tencent mentions that underwater exploration is a factor in gameplay brings us to think that matches in Europa may not be the seemingly quick matches we are used to in PUBG or other games such as Call of Duty or Rainbow Six: Siege. Instead we may see matches that are taken at a slower pace and are well-thought out, making them even more captivating. This will change things entirely, as it will bring players and squads to not leap into gunfights with every encounter, but plan and execute with careful coordination and tactics.

As for now, while Tencent's fourth title into the battle royale genre (Two being mobile games, PUBG, and now Europa) is set to enter Beta in late December, a price has not yet been announced, nor a plan to release the game internationally. The game itself does look to be a breath of fresh air for fans of the battle royale genre. Only time will tell if Tencent will take the hint from PUBG's outrageous success and let the international market experience Europa, lets hope so.