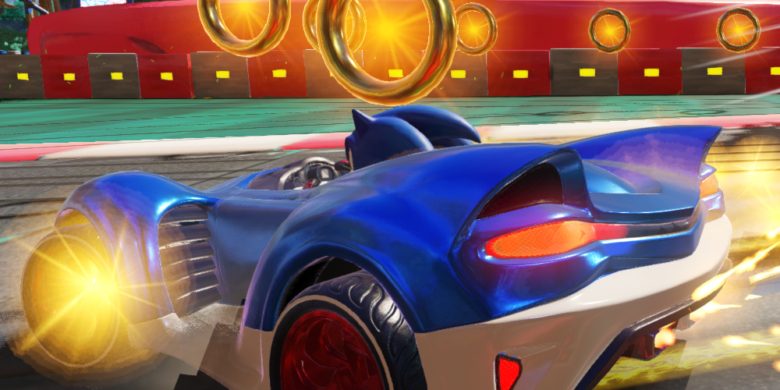 Sonic will return to consoles with a new team-based racing game that promises fast-paced arcade-style gameplay and lots of chances to play with friends. Team Sonic Racing is coming to Nintendo Switch, PS4, Xbox One, and PC, and while there's no official release date yet, Sega says fans can expect it this winter.

The racing game will feature 15 playable characters, all from the Sonic universe (unlike Sega's last Sonic racing game, Sonic & All-Stars Racing Transformed, which featured characters from other game franchises as well). Each of the characters will fit into one of three types: Speed, Technique, or Power, and you'll face off against your competitors in solo, co-op, and competitive racing modes. The game will also feature many vehicle options, which let you change the appearance and handling of your vehicle with performance customizations and skins.

The game will put a heavy focus on online and local co-op multiplayer (through 4-player split-screen); up to 12 players can compete in several game types like Grand Prix Mode, Exhibition Mode, Time-Trial, and Team Adventure Mode. All of the modes are structured around team-play; players are tasked with assisting their teammates and knocking out opponents to "unleash your Team Ultimate," with 14 offensive and defensive items to help along the way.