Syberia 3 Finally Gets a Release Date 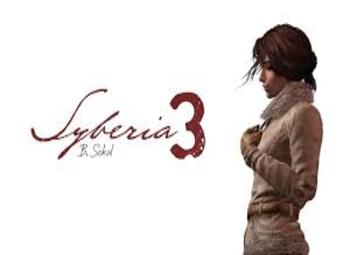 ​
Syberia 3 was first mentioned back on April 1, 2009, as a sequel to 2004's Syberia 2. When everybody discovered it wasn't really an April Fools prank, the game was supposedly set to release in 2010. Development for the game didn't start until 2014, so many gamers expected to see the game sometime in 2015. As this obviously did not come to pass, many people waited in anticipation for more news about the game. Many were excited, obviously, when recently, developing company Microïds gave us an official release date.

On top of the release date, they also showed a trailer and some screenshots, which shows off some gameplay, as well as featuring some commentary from the developers themselves on the massive changes from the game's predecessor, released so many years ago.

The story follows an American lawyer, Kate Walker, the protagonist of the first two games, and continues from the ending of Syberia 2. She ends up taken in by the Youkol people, and learns about their culture by living among them. On top of that, she needs to help them with their transhumance with the snow ostriches, but the journey won't be easy.....

Syberia 3 is set to release on December 1, 2016, for PC, Xbox One, and PS4. Have you been waiting 12 years for this release? Are you interested in this game? Let us know in the comments!