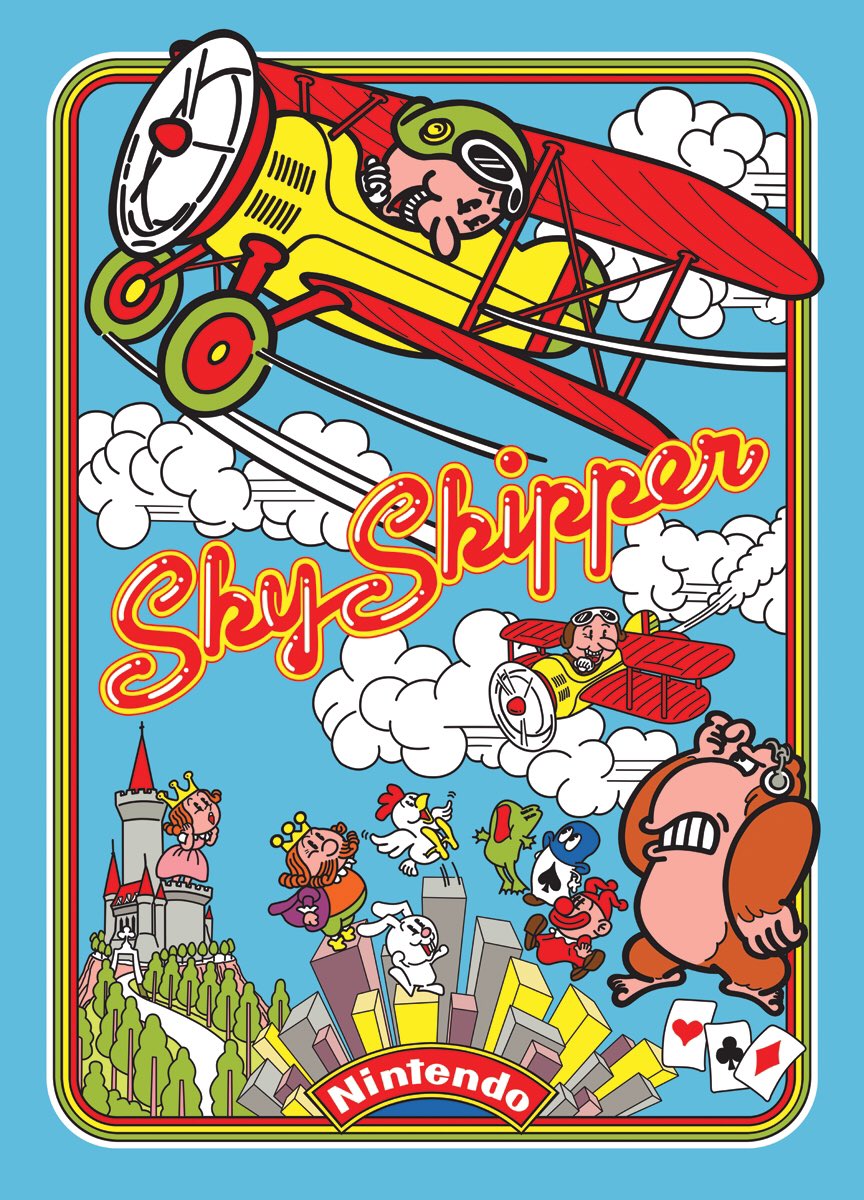 It's another packed week of releases for Nintendo Switch. Nearly 30 titles launched for the hybrid console this week, but one of the most intriguing is Sky Skipper, an exceptionally rare Nintendo arcade game that was never released in North America.

Sky Skipper arrives on the Switch Eshop as part of Hamster's Arcade Archives line, making this the first time the arcade version has been officially released in the region. The game originally launched in Japan in 1981, the same year that Donkey Kong debuted. Nintendo distributed a handful of cabinets at test locations in North America, but according to gaming legend, it was poorly received and the game was scrapped. The only remaining Sky Skipper arcade cabinet is stored at Nintendo of America.

Sky Skipper puts players in the role of a character name Mr. You, who must pilot a biplane around the stage and rescue members of the King's family. The plane depletes fuel as it flies, so players must monitor their fuel gauge and avoid bomb-throwing gorillas who are manoeuvring around the stage. Like other Arcade Archives titles, Sky Skipper can be downloaded for $8 / £6.29.

Nintendo first announced it was partnering with Hamster to release its classic arcade catalog on Switch last September, and since then, a handful of rare arcade titles have made their way to the Eshop. Last month, Nintendo released the original arcade version of Donkey Kong on the hybrid console during E3 2018. The rare arcade version of Punch-Out was also released earlier this year, while the Vs. Super Mario Bros. launched back in December.

A number of Nintendo arcade games are still slated to arrive on Switch, including Vs. Balloon Fight, Vs. Ice Climber, Vs. Pinball, and Vs. Clu Clu Land. Nintendo and Hamster haven't announced when those titles will arrive, but players who subscribe to the paid Nintendo Switch Online service when it launches in September will be able to play the NES versions of Balloon Fight and Ice Climber with added online multiplayer.